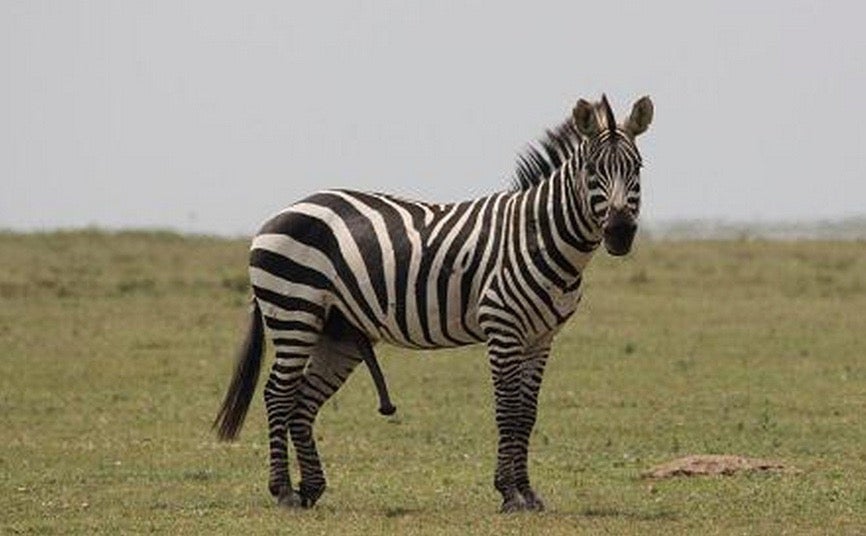 People following biologists on Twitter got a bit of a surprise this morning: their feed is full of genitals. They can blame Anne Hilborn (@AnneWHilborn) and a few of her colleagues at the Department of Fish and Wildlife Conservation at Virginia Tech.

Last night, Hilborn's labmate Chris Rowe (@chrisrowebot) and their research supervisor Marcella Kelly (@marcellakelly) were posting pictures of animal genitals on their lab's Twitter account (@Whapavt). When Hilborn added some more from her collection, one of their readers called it a "junk-off". And thus a hashtag was born.

Says Hilborn, "I figured if I had lots of junk pictures, other biologists would too since pretty much all biologists love junk." She posted the challenge, and got things started with a few snaps from her African field sites.

The entomologists and malacologists got on board fast.

This #JunkOff needs more inverts like this gorgeous #whelk proudly showing off what he got! ;) pic.twitter.com/PwSLP6dhXW

And before long, biologists were coming out of the woodwork to show off exactly how complex and bizarre animal genitals can get.

Getting some bats in on the #JunkOff action. Wrinkle faced bat's wrinkle faced junk. Points for style. @AnneWHilborn pic.twitter.com/YW22FBgBHd

Let's take #Junkoff into the #deepsea. Check out the claspers on this Roughskin #dogfish from the #Azores. #sharks pic.twitter.com/nf8skfSv2U

Botanists showed up to show that plants and fungi have their own version of genital organs: displaying heavily swollen anthers...

I have to say, though, that this fireweed's junk is engorged enough to make some mammals jealous... #JunkOff pic.twitter.com/w34o5Uw8JB

Now this... this is a clitoris. The Central American spider monkey (Ateles geoffroyi), ladies and gentlemen. #JunkOff pic.twitter.com/WjTf3IISfU

The wondrous #Fossa (Cryptoprocta ferox) has to get in on this #JunkOff action. http://t.co/edgZRb1dH2 pic.twitter.com/cIUuoPgwTi

Do girl bits count? I'm posing for a photo, unaware that Beni is showing off her swelling behind me #JunkOff pic.twitter.com/iLaLPqjGpm

There's more in the #JunkOff stream by the minute. Go check it out.