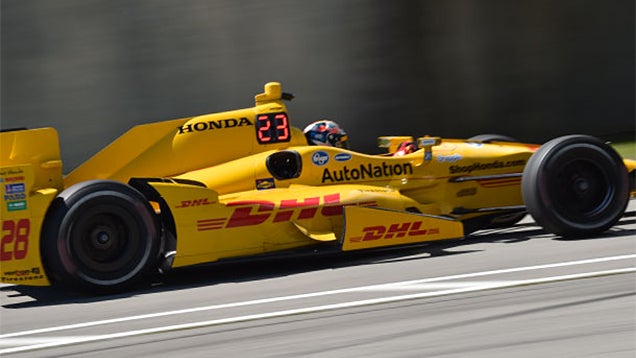 Even a seasoned race fan can have a hard time knowing what position every single car on a track is in. So starting this past weekend the Verizon IndyCar Series introduced giant LED numbers on every car indicating its current race position, and other metrics fans might be interested in.

The two-digit panels — positioned on both sides of a car's airbox below their camera mounts — are visible even in the brightest of sunlight. When glowing red they indicate the vehicle's current position which is often difficult to keep track of because of cars making pitstops at different intervals, or when you're not able to see the race info screens set up trackside. The displays can also turn green when showing other information, like how many seconds a car's last pit stop took as it's leaving pit road.

At just three millimetres thick the LED displays don't affect an IndyCar's aerodynamics, but they do add a minuscule amount of weight to each car which the team's engineers have lamented. However, because every team in a race is using them, no one vehicle has a distinct advantage. And it serves to enrich the racing experience for fans, who in the end are really the ones footing the bill for the whole spectacle.