Aussie Banks Bitching Between Each Other Over Apple Pay Is Bonkers 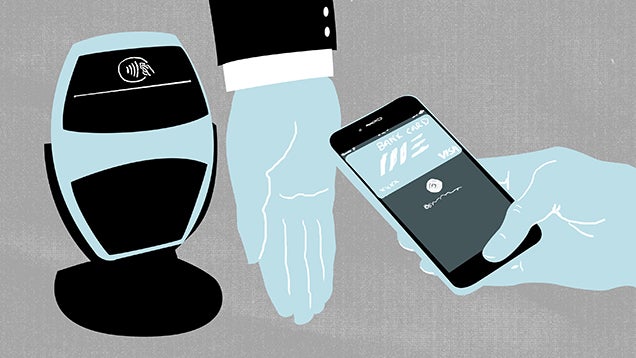 Attention finance CEOs and CIOs. I’m putting my own money down on this one. If you enable Apple Pay, I’ll buy you a beer. If you don’t, I’ll leave your bank so I can get it. Either way, my money is on the line, and it’s time for you lot to stop fighting.

Yesterday it was revealed that Aussie banks are at loggerheads with Apple over transfer fees. Basically it’s a war over how much banks will have to give Apple per transaction when a customer uses Apple Pay.

I understand good things cost money, but it’s miniscule. Bite the bullet, turn it on, and I’ll be your customer in an instant.

I feel the same way about Android-based payment options if I’m honest. Google Wallet, Samsung Pay, whatever: if you can pay for stuff using a phone, why aren’t banks leaping into the foyers of major tech companies to turn it on?

They’d tell you it’s because it costs money. I’d hit back and say that they make around $10 billion a year each, and are apparently “obsessed” with the customer experience. I think a customer would have a better experience if you parted with some of that cash, Aussie banks, to let us finally pay for things with our phones in a way that doesn’t require cases, stickers, trials or QR codes.

For what it’s worth, I’m sure if Australia’s banks caved in to Apple’s transfer fee demand it would be costly for them, but what’s worse than spending a bit of money for a cool new product? I’ll tell you: it’s being seen as a petty, backwards organisation that won’t give the people what they want.

The flow on cost of that is losing customers altogether, which I’d argue costs way more than simply enabling Apple Pay on your network.

Switch on Apple Pay, call it a day. I’ll use my iPhone to buy the first bank CEO to roll-out Apple Pay to customers an alcoholic (or non-alcoholic) beverage of their choice. Ball’s in your court, Aussie finance sector.