Humans aren't very good at dealing with heat — we either sweat miserably or rack up crazy AC bills. But some life forms have to live with scorching temperatures and extreme drought all the time. Here are some of the most bizarre strategies they have evolved for staying cool and hydrated.

Hibernate In a Mucus Sac 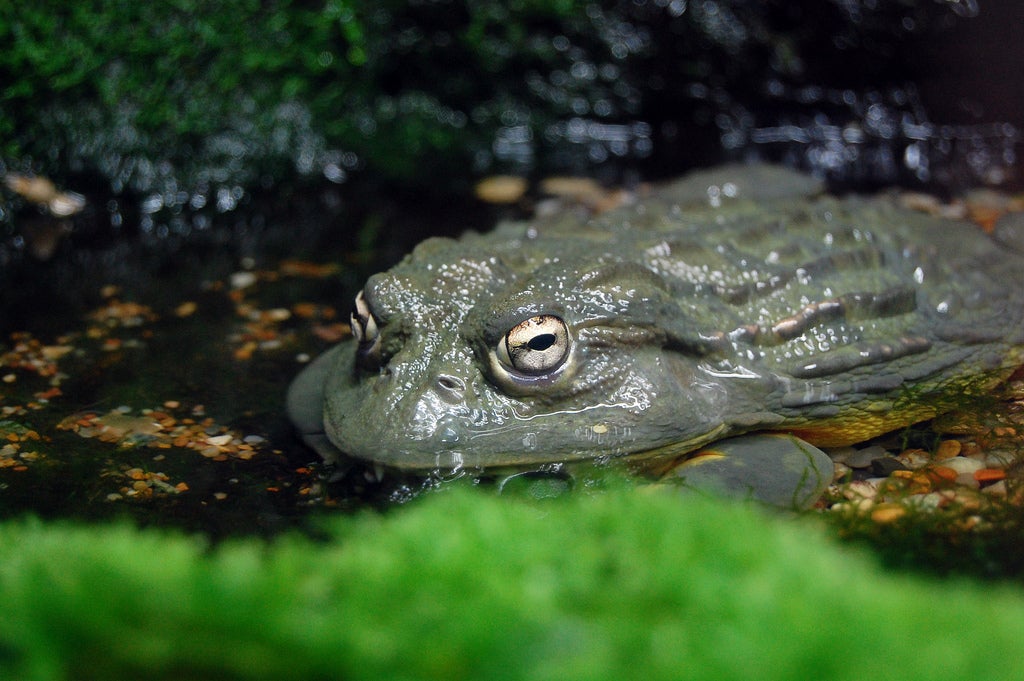 We've all had those days where we just want to crawl under a blanket and hide from the world. For the African Bull Frog, it's the same situation, except replace "days" with "years" and "blanket" with "water-soluble mucus sac." When dry season hits on the savannah, this frog uses its powerful hind legs to burrow deep into the ground. There, it seal itself in a mucus cocoon that prevents the evaporation of bodily fluids. When rainy days return, the mucus sleeping bag melts, and the frog wakes up and eats it. That can take seven years, which may sound like a long time to spend in a mucus sac, but nature's cruel, man. 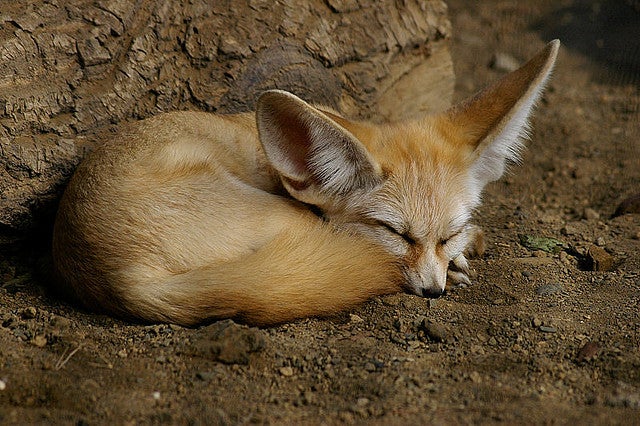 Picture: Su Neko / Flickr Sure, big ears help you hear better, but as the fennec foxes of North Africa know, they're also a great way of dissipating excess body heat. Side bonus: Big ears make you so freakin' cute humans design Pokemon in your honour. 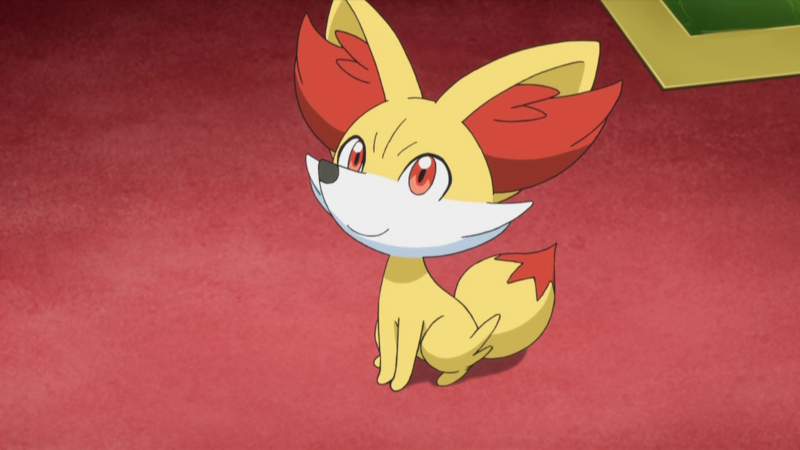 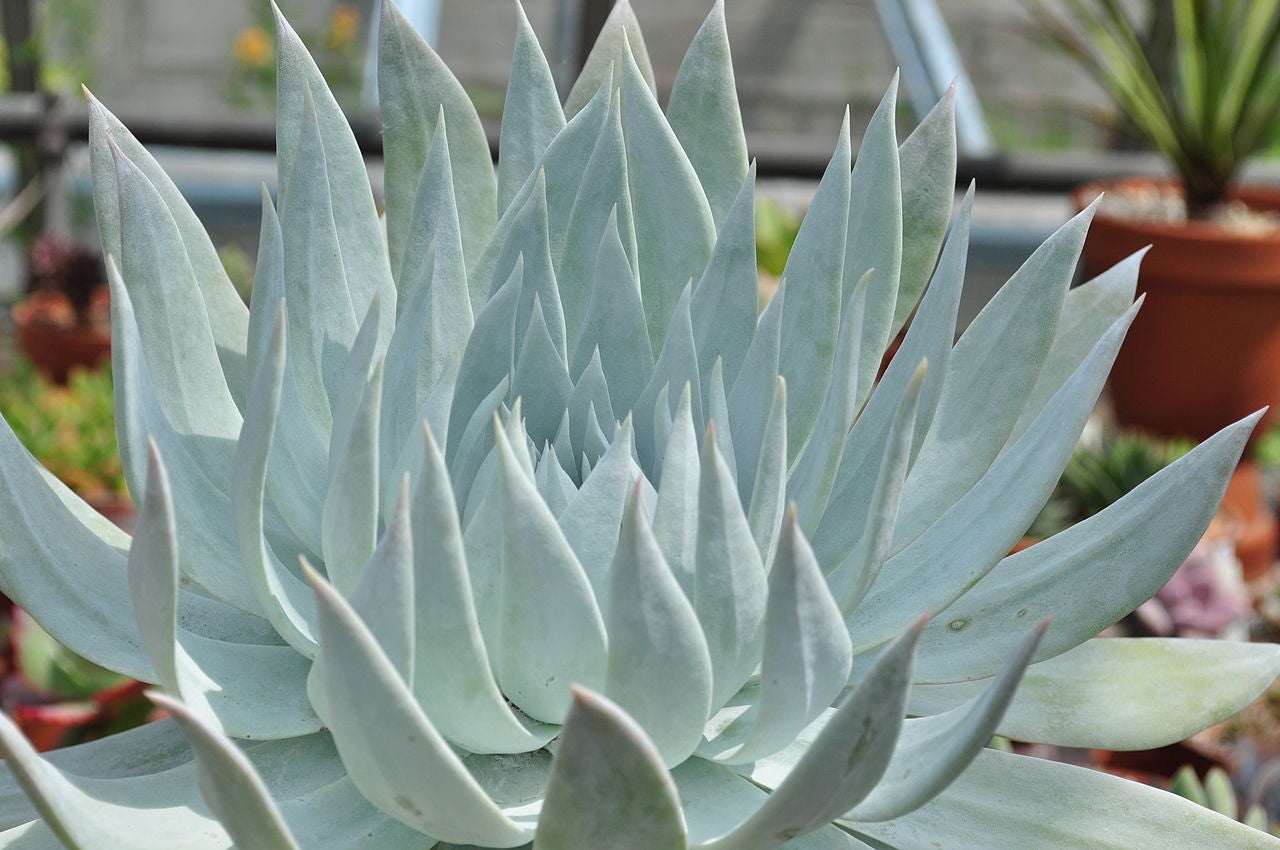 If you can't hide from the sun's scorching rays, bounce 'em back, why not? That's a popular strategy among desert plants, including Dudleya brittonii, a drought - adapted succulent native to Baja California, Mexico. This plant's leaves are covered in a chalky white wax that not only attracts water, it's a killer sunscreen with the highest UV reflectivity of any known biological substance. 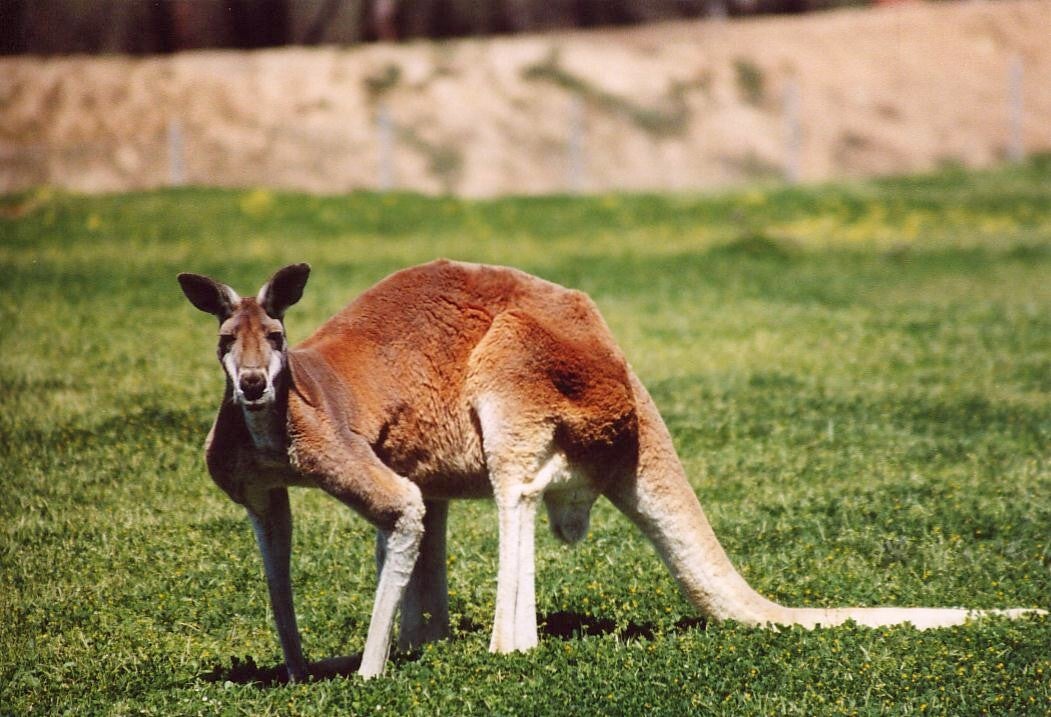 Marsupials are all about being weird, so it's no surprise they have got some pretty strange ways of keeping cool. Kangaroos, for their part, gave up sweat gland in order to retain more water. To compensate for the cooling effects of sweat, 'roos vigorously lick their legs and forearms, which contain networks of blood vessels specially designed for evaporative cooling.

Turn Your Skin Into a Rain Collector 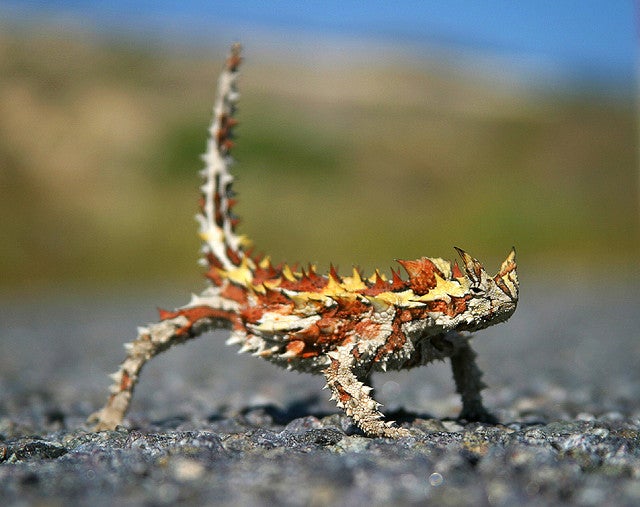 The thorny devil, an adorably armoured lizard of the Australian Outback, may never see a rain puddle in its life. Instead, the lizard drinks with its skin. At night, dew condenses onto the creature's scales and gets channeled to its mouth via capillary action. Mmm, skin water.

Wear a Hairy Coat of Bacteria 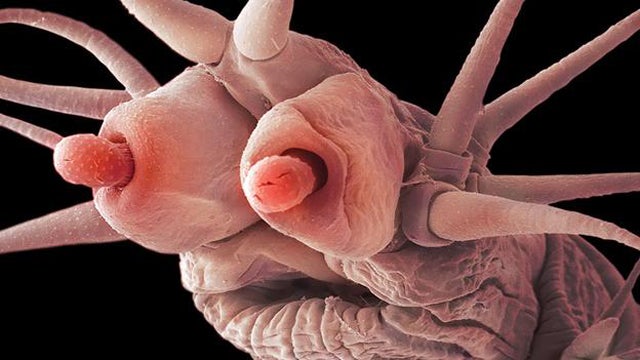 Nope, it isn't a Sith lord on Adderall — just a nightmarish deep sea worm bathed in hydrothermal fluids. Thriving at temperatures well above 150ºF, the Pompeii worm is one of the most heat tolerant critters known to science. We're not totally sure how this worm manages to survive in its steamy, deep-sea cauldron habitat, but we think it has something to do with the hairy grey coat of bacteria covering most of its body. (What else would that be about?) Scientists suspect this bacterial coat functions like a fire fighter's heat blanket.

Fortunately, it's totally dark at the bottom of the ocean, so fashion isn't a big priority. 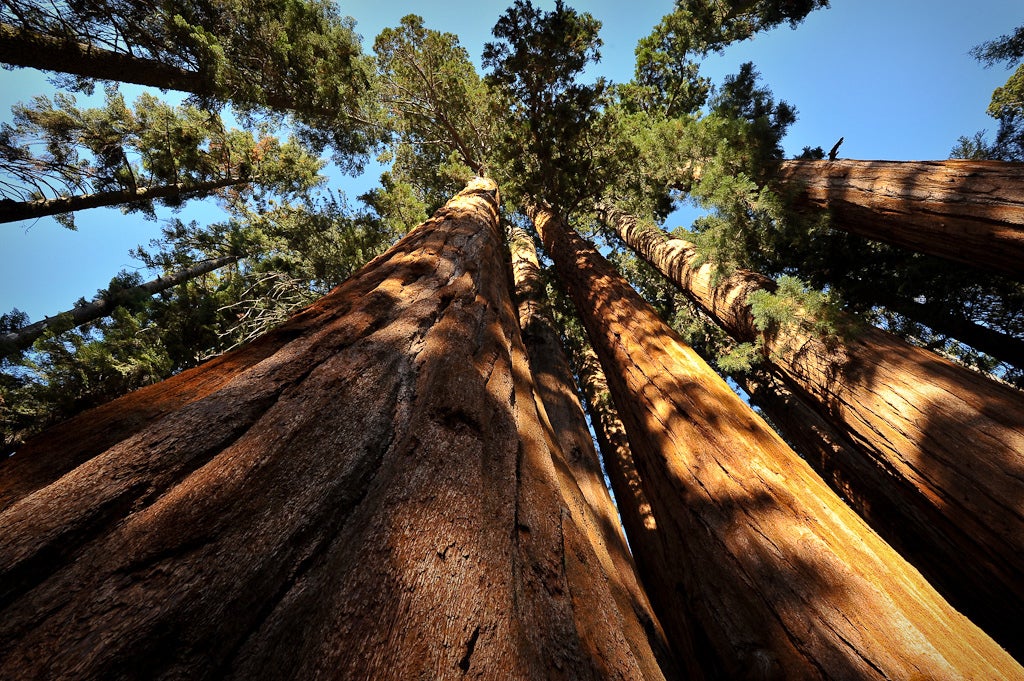 If you live in a warm, dry part of the world, there's a good chance you're going to have to deal with fire. Certain trees, including larches and giant sequoias, have evolved thick, fire retardant bark that will happily burn while leaving more delicate, underlying tissues intact. Hey, you don't get that ginormous without doing a few things right. 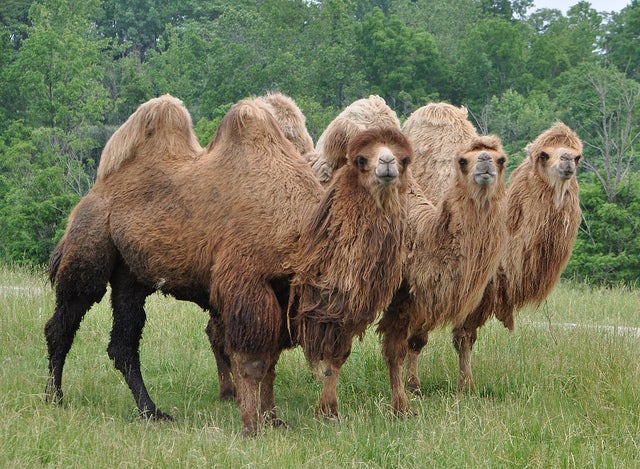 Camels are doing basically everything right when it comes to tolerating heat and drought. They have got those giant, fat-filled humps, which they can burn for food and calories in times of need. Their unusually oblong red blood cells will continue to circulating even when the animals are extremely dehydrated. Their kidneys and intestines are water-retaining machines. When camels exhale, their nostrils trap and resorb water vapour back into their bodies. They barely ever sweat, but when they do, camels can lose up to 25% of their body weight and survive.

Give Up On Oxygen Already 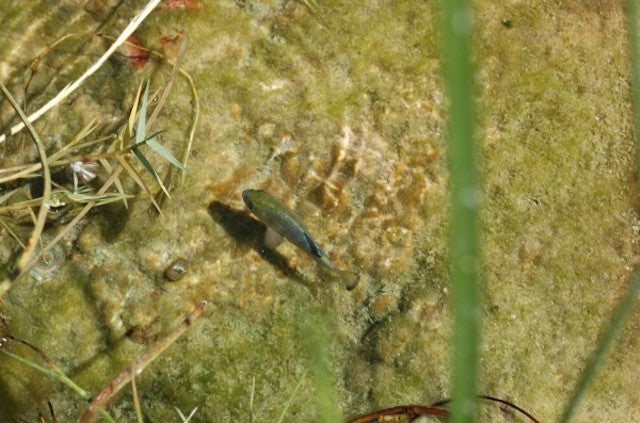 The fish that gave up oxygen. Picture: Frank van Breukelen

High heat causes oxygen to produce damaging free radicals. This scrappy looking desert pupfish, found only in a handful of hot water puddles throughout Death Valley, has developed a remarkable coping mechanism: It stopped breathing. For up to five hours at a time, this amazing fish can survive off anaerobic (oxygen-free) metabolism, by fermenting sugars into alcohol. The only other life forms that can do that trick are bacteria. I don't care if you've hiked Mount Everest a dozen times, this fish is way more hardcore than you'll ever be. 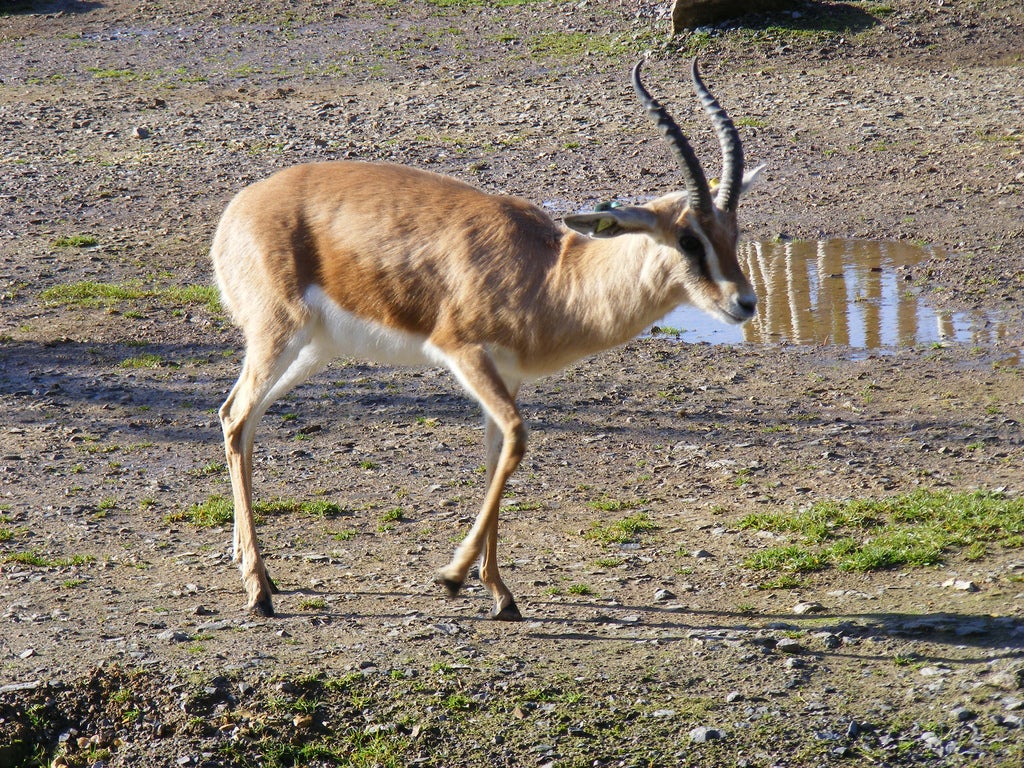 Peeing — otherwise known as haemorrhaging water — is a great way to die of thirst in the desert. The Dorcas gazelle's solution? Concentrating its urine into uric acid, which the animal expels as a solid, white pellet. That's conservation, folks!

Turn Into a Dry, Lifeless Ball

When it comes to extreme survival, nothing and no one holds a candle to the humble tardigrade, an aquatic, 8-legged critter that measures only a millimetre across. When the going gets tough, the tardigrade curls up into a dry, lifeless ball called a tun, secreting protective sugars to suspend and preserve the contents of its cells. Tuns are basically indestructible — you can literally boil them, chill them to just above absolute zero, and subject them to the vacuum and intense radiation of outer space, and they will be just fine.

Everyone else can go home now.