You Can Feel These Plasma Holograms Made With Femtosecond Lasers 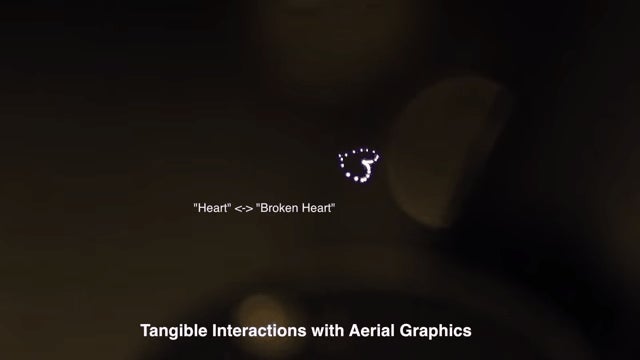 With each passing year, engineers are getting closer to recreating the 3D interface technology that pop culture has rendered so clearly for decades.

Just last year, a Japanese company called Burton unveiled a system that used lasers to create 3D displays in mid-air that, Burton said, could be used to notify people of emergencies. Now we're seeing the evolution of that technology — but it's definitely not being used to warn anyone of impending disasters. It's being used as UI.

A paper submitted to SIGGRAPH — short for the Special Interest Group on Graphics and Interactive Techniques, which takes place in LA later this year — details how a group of researchers at the Digital Nature Group at University of Tsukuba managed to create small-scale holograms that are actually haptic and interactive — meaning you can feel them when you touch them. 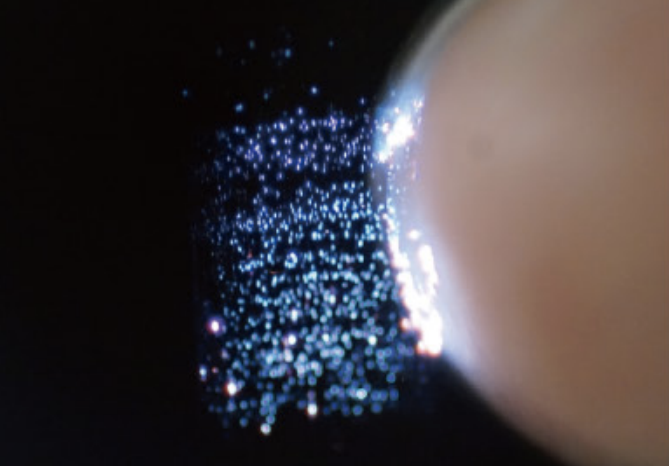 The team calls these holograms "Fairy Lights", but the technology they used is definitely less whimsical. The project uses a femtosecond laser — that is, a laser that emits pulses at super-fast, super-intense paces (for the record, a femtosecond is just 1/1,000,000,000,000,000 of a normal, eternity-spanning second). The pulses "excite" matter to create "voxels" of light, formed to draw 3D holograms at a resolution of "4,000 and 200,000 dots per second," the authors explain.

Why does laser speed matter? Because the faster the laser, the safer for humans to touch. While a slower laser might even burn you, a femtosecond laser is firing so quickly that there's less opportunity for it to hurt, as IEEE explains. But part of what makes Fairy Lights so interesting isn't just that they're safer. It's that you can still feel them. "Shock waves are generated by plasma when a user touches the plasma voxels," the authors write. "The user feels an impulse on the finger as if the light has physical substance."

In other words, this is a new kind of haptic interface. One where the sensation on your skin isn't cased by a linear actuator, like the Apple Watch uses, but rather the waves that are generated when you interact with plasma in mid-air. [Fairy Lights; h/t Spoon & Tamago, IEEE]

Julie Muncy 30 Mar 2020 8:39 AM
The final confrontation between Zuko and Azula is one of the most compelling moments of the original Avatar series. The final agni kai, fought in the tradition of the Fire Nation: just one on one, no holds barred, all fire and fury. It’s an incredible moment, and it’s incredible in this fan film, too.