There's Finally An Official Star Wars App To Feed Your Obsession 24/7, Just Not For Aussies 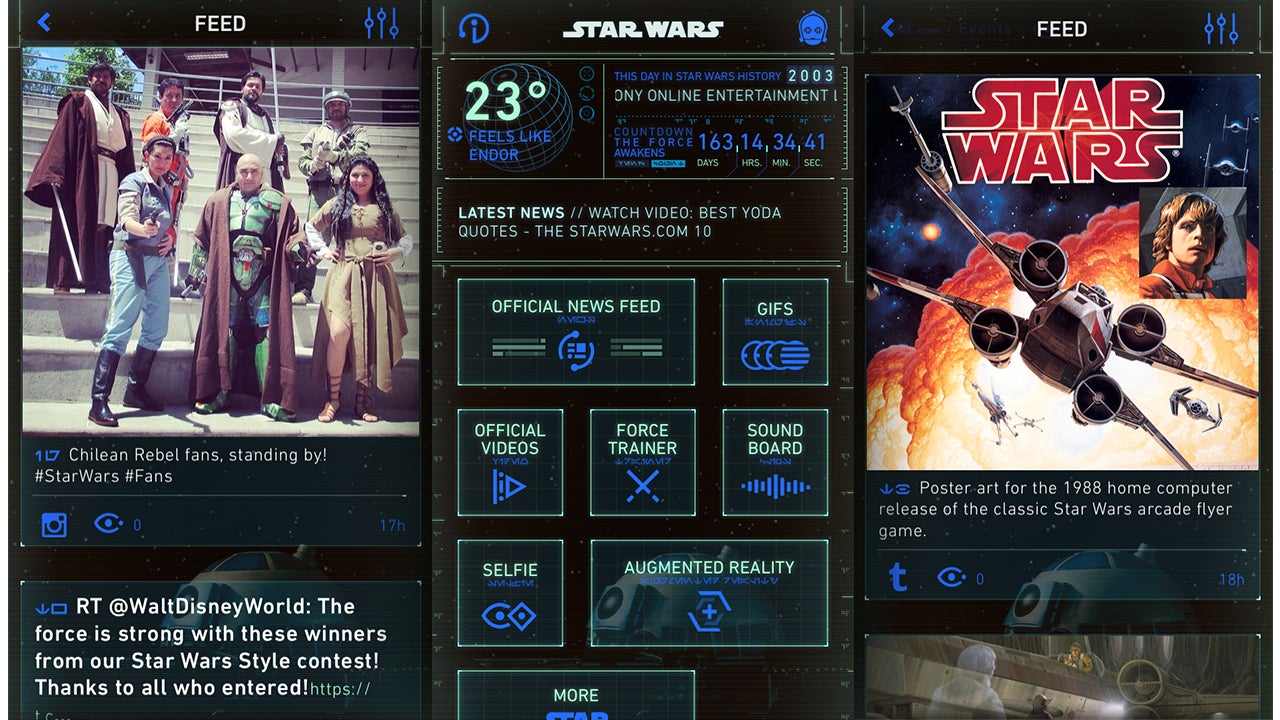 There's no shortage of Star Wars-related games on the iTunes and Google Play stores, but today finally sees the launch of the first official Star Wars app that will now serve as your one-stop portal for everything from news, to trivia, to even sound effects. Never again will you have to scramble to find a Wookiee roar when you need one.

The app does include a Force Trainer game that uses your device's motion-sensing capabilities to let you wield a simulated lightsaber, but that's definitely not why you'll keep coming back. The app is more designed as a one-stop-shop for recent news, announcements, videos and every last tidbit of information that Star Wars fans love to devour. Its news feed actually pulls stories from the Star Wars' Facebook, Twitter, Instagram, Tumblr, YouTube and even Google+ accounts. So instead of hopping from app to app to stay on top of everything, it's all centralised here.

There's plenty of fun to be had in the app too though. The main page maintains a constant countdown to when both Star Wars: The Force Awakens and Star Wars: Episode VIII hit theatres, which should help make the wait easier. And using your location data it can display your local weather and let you know where in the Star Wars universe you'll find similar conditions. Can the Weather Network do that? 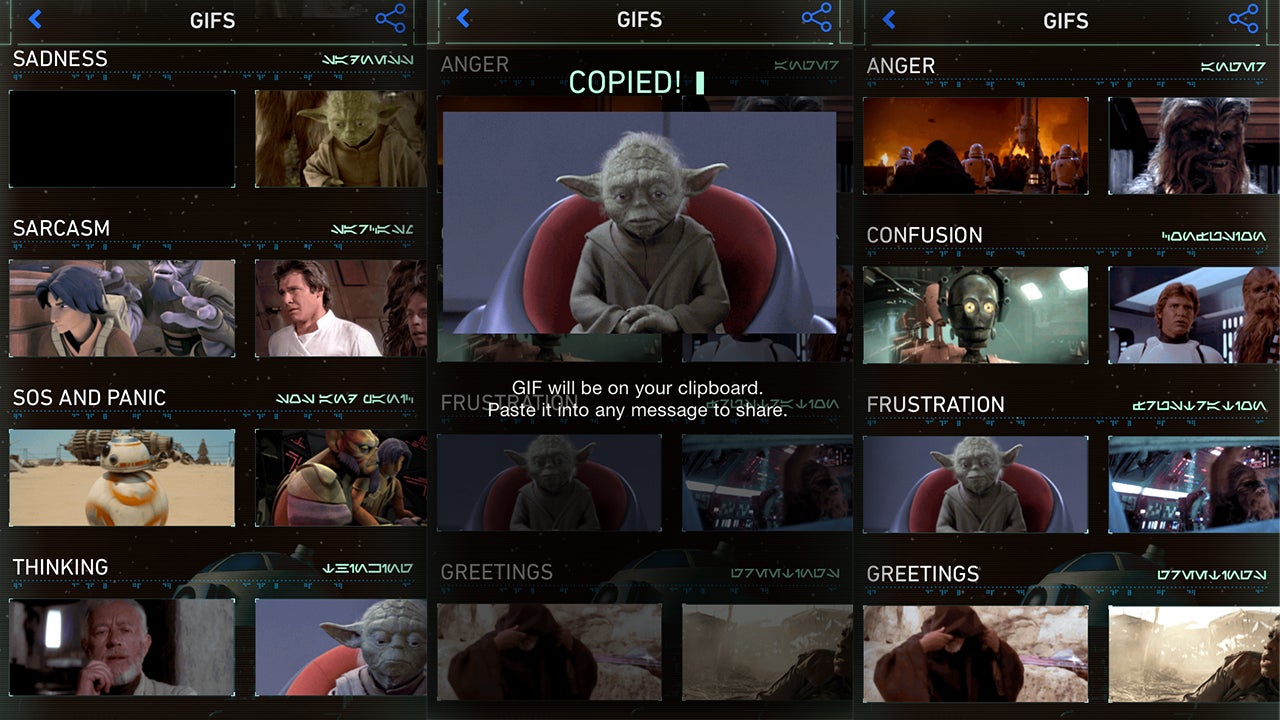 Keeping with the recent trend of apps filled with officially licensed GIFs, the new Star Wars app has a small collection of high-quality animated snippets sorted by the thought or emotion they're conveying. A simple tap on any one of them automatically copies the selected GIF to your device's clipboard so that you can then paste it into a text message or IM conversation. 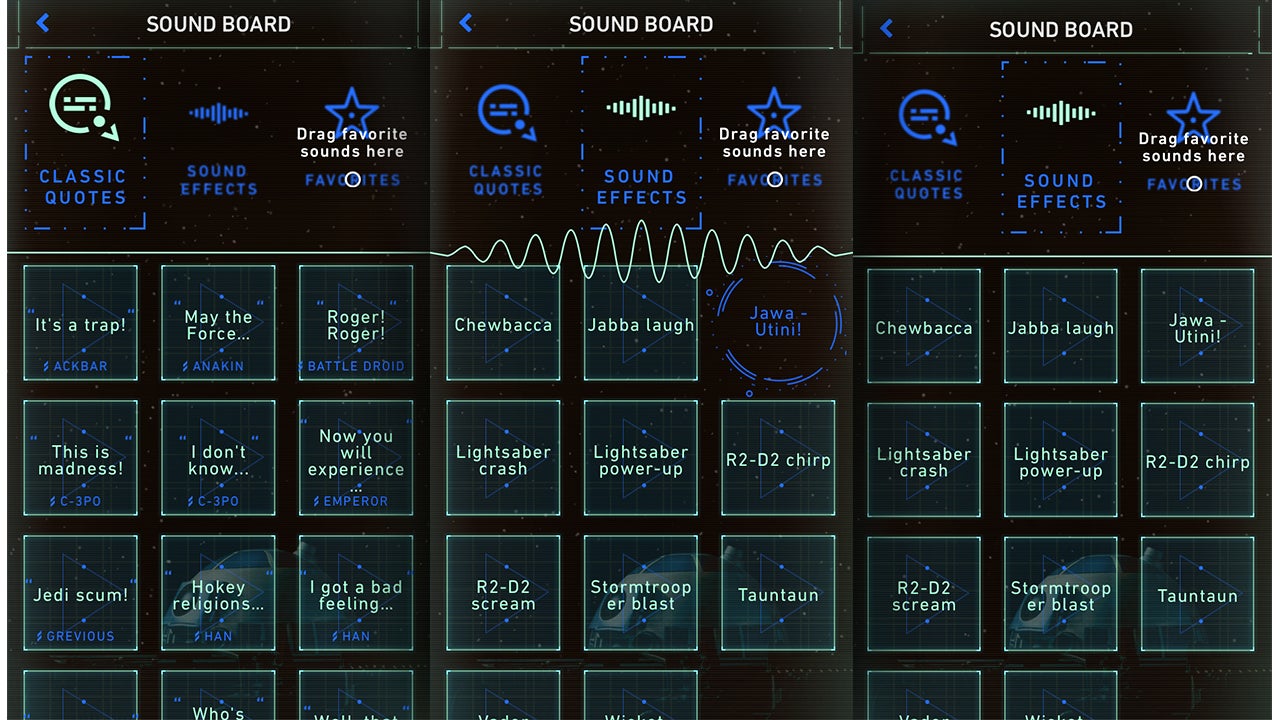 The Star Wars movies were also filled with memorable sound effects that most of us do a terrible job at imitating. So the app's included Sound Board might be one of the best reasons to download it for your iOS or Android device today. Even after spending two hours playing the Jawa "Utini!" scream, it never gets tiring. Plus, a well-timed Wookiee roar could make you the hero of a long, boring meeting at work. 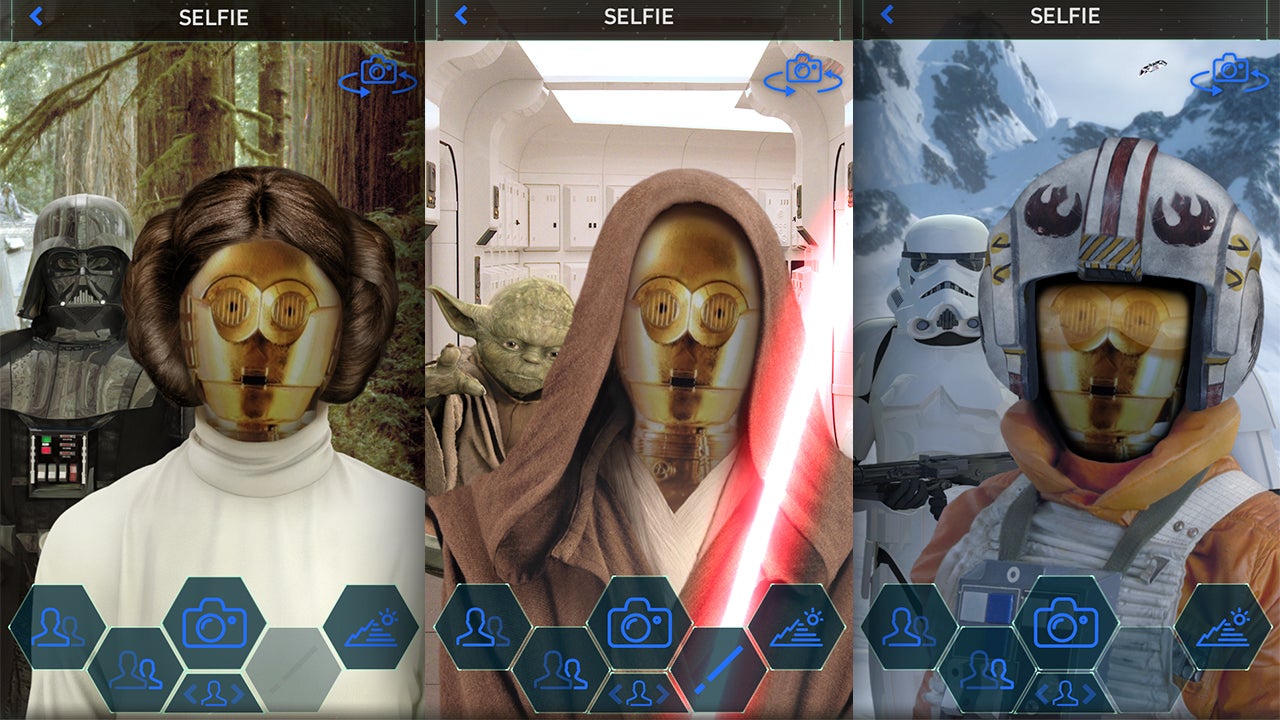 And for better or for worse, the official Star Wars app also lets you snap selfies. But with the added benefit of being able to place yourself in a custom Star Wars scene with your choice of outfit, backdrop, and other characters in your shot. Does that finally make taking selfies OK? Definitely not. Are you still going to do it? Obviously! How else will you make your friends think you finally got to meet Yoda?

Update: Looks like it isn't available in Australia just yet. We'll wait and see, though.