You Can Now Pre-Order That Crazy, All Metal, Super-Secure Turing Phone 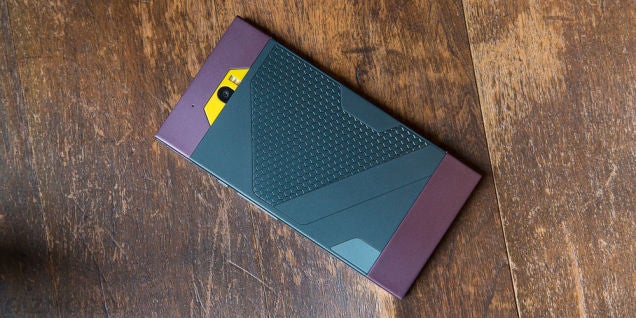 The Turing Phone is one weird dude. Like some cross between a scifi prop and an actual Android phone, this new device from Turing Robotics is what they call a "cipher" phone — the next evolutionary step for smartphones. Whether that's the case or not, who knows, but you can pre-order it right now and find out if you want.

It won't come cheap. The three different models — Beowulf, Cardinal, and Pharaoh — will cost you $US610 (16GB), $US740 (64GB), and $US870 (128GB). Phew...you could almost buy two new Moto X Styles for that price. And even though it's made from metal 1.5 stronger than titanium, the software side of things is pretty much plain old Android Lollipop with one terrible-looking launcher.

But hey, it looks kinda cool. You can read our full first impressions below. 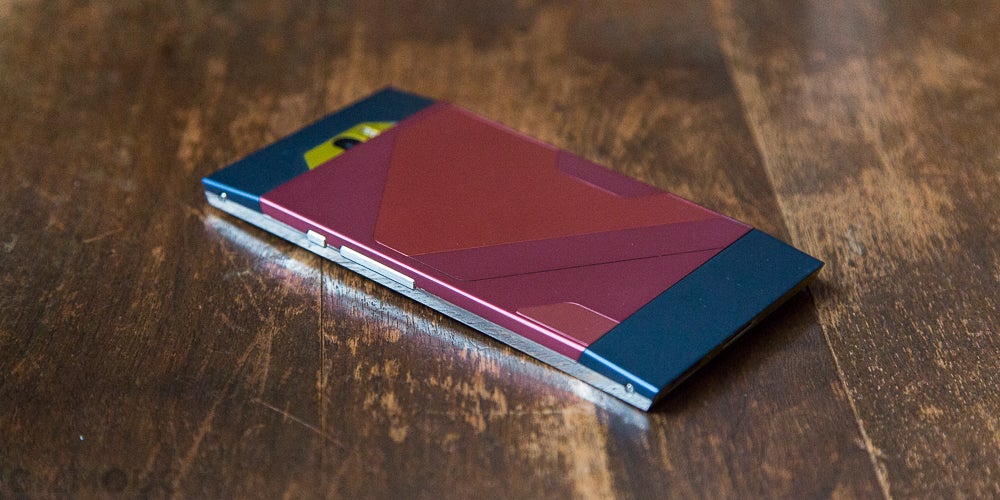 The Turing Phone is just one big piece of weird. Yep. That thing pictured above is super-strong and ultra-secure, like the spawn of galactic lovemaking between the U.S.S. Enterprise and Superman. That otherworldly design is intentional, says CEO Syl Chao, and so is its intention to herald the next age of mobile devices.

Big words for fledgling company Turing Robotics, but Chao steadfastly believes it, saying 2015 is the end of the smartphone and the beginning of the "cipher phone," and that's where this strange guy comes in.

Much like security-conscious phones that have come before it, Turing Phone is designed to be the most secure phone ever — both in its hardware and software. Let's start with the former. This phone is made out of liquidmorphium, which sounds like a next-level Terminator, but is basically just really strong metal — like 1.5 times the tensile strength of titanium. So dings and dents aren't even a question with this beast.

But aside from its crazy-strong materials, the real appeal here is the design, which Chao told me tries to speak to the extremes — the cash-flush Vertu customers and the inner nerd in all of us. For example, the dark purple and blue model, known as Beowulf, actually draws inspiration for its colour palette from the actual story Beowulf, and its design from scifi spaceships, like the the Endurance from Interstellar. The result is a future-looking phone that looks more like a scifi movie prop then something you'd actually carry around everyday. 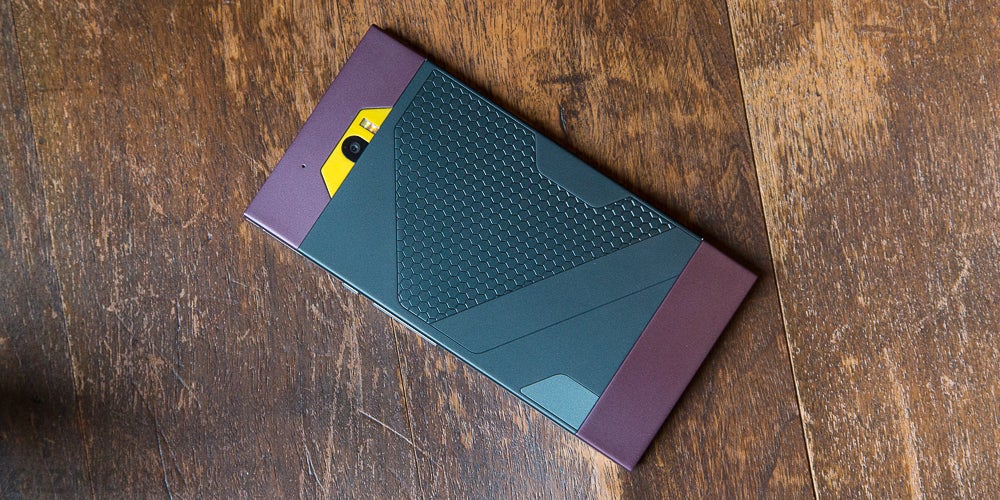 The Beowulf. Its colour scheme is pulled from the Old English epic poem and the scales are meant to represent Grendel's Mother, the beast Beowolf slays...Cool!

You'd think with all that heavy material this phone would be unbearably heavy, but it's actually not too bad and the 5.5-inch full HD screen feels pretty big but no more obtrusive than the screen on say the G Flex 2. Some specs are a little dated, like the Snapdragon 801 processor and the pixel density, but the rear and front cameras are both 13- and 8-megapixels respectively and runs on 3GB of RAM with 16GB, 64GB, and 128GB options.

The only real ergonomic drawback are its hard, pointed corners that unmercifully dig into your palm. So yeah...you sacrifice looks for comfort, but that's basically the definition of fashion.

But once you get past the looks, you'll start to notice a few other oddities, specifically what's missing. First, is there is no 3.5-mm jack for headphones. Turing is equipped with bluetooth so your music-listening habits are not completely doomed, but forget about any kind of wires — this is the future we're talking about here. Also, and probably most frustratingly, the Turing Phone uses a proprietary charger, meaning all your useful microUSB cables have no power here. Instead, Turing Phone uses a MagSafe-like alternative because USB is too insecure (which it kind of is). Finally, there's also a fingerprint sensor, but it's actually on the left side of the phone, not bottom center like the iPhone or Galaxy S6. Chao says its more intuitive that way, and he may be right. The placement lined up perfectly with my pointer finger, making logging into the phone less of a weird hand dance. Oh...and it's also crazy waterproof, like IPX8 which is means under 10 feet of water for two hours thanks to nano-coating around the device. 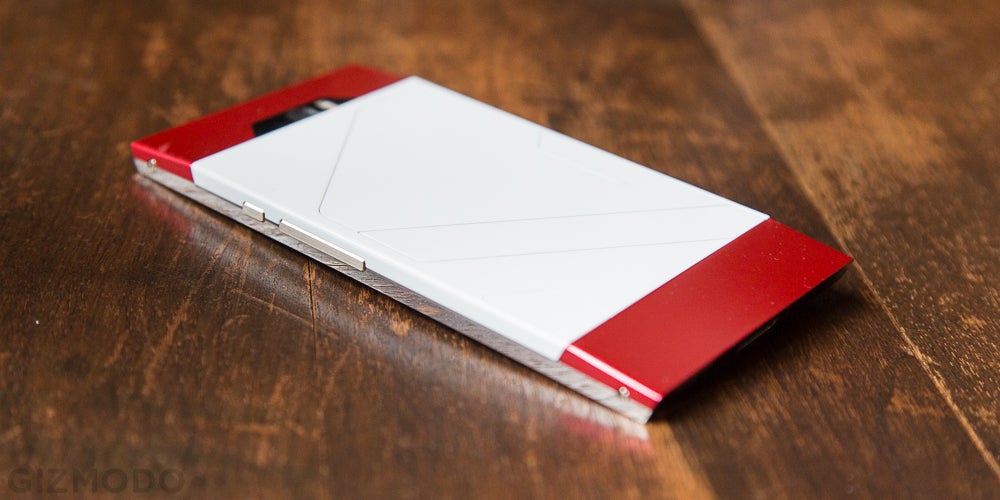 But in the end, all this effort into unique design feels like a Trojan horse for proposed future, which is all about security. I've talked with many white-hat hackers and devices security specialists and if there's one thing I've learned, it's that security doesn't sell. Like at all. It's a nice additional feature to have, but you can't make it the centrepiece of your smartphone. That's why the design of the Turing Phone feels like a disguise, a way to get this strange "cipher phone" idea out and into people's hands.

Like other phones that have promised strong security, Turing Phone gives you end-to-end encryption and authentication but though an offline private key, which Turing believes, is the most secure communication you can have between two devices. Basically, that means a key is generated and then the master key is stored offline, short of physically capturing the offline server, there's no way you communications can be compromised.

That's not to say the device isn't unhackable, because it is, but the cost to hack just one phone far outweighs the effort for your average black hat. 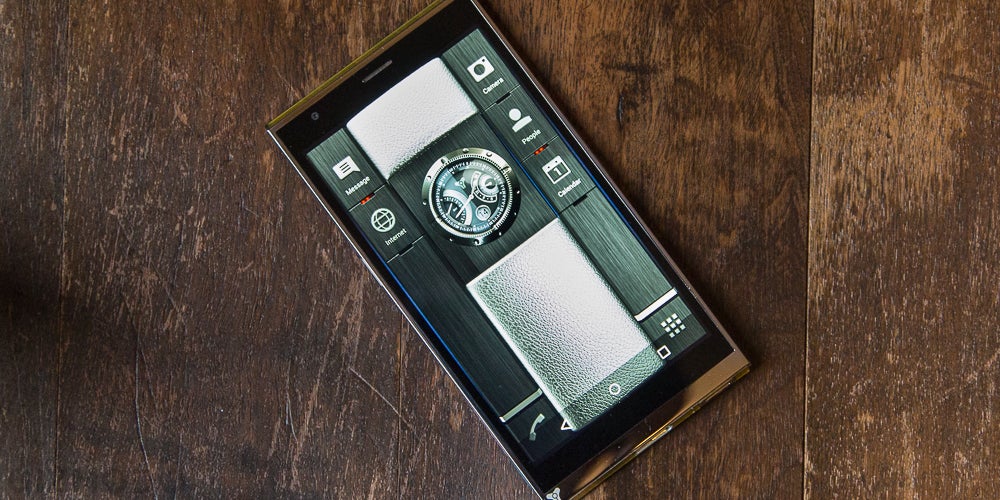 Now, for the letdown. The best way to think of this smartphone is a really tricked out design with some terrible software and a security function you'll probably never use, or at the very least, won't use much. The real secure stuff that's happening on this phone can only really happen between two people using a Turing Phone, which lets be honest, with plans to only release only 10,000 in the United States this fall, the possibility of you and someone you and someone you know having a Turing phone is damn near improbable. 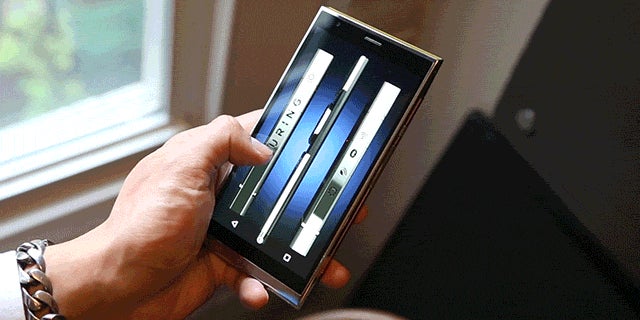 Luckily, the smartphone just runs Android 5.1. meaning you can use it like any ole Android smartphone out there (without the Turing-specific security features obviously). Unfortunately, there's some some truly atrocious 3D-animated skinning that clashes with the Material Design of Android that still pops up on the drop-down menu and the multitasking carousel. It's not great. My suggestion is changing the software as soon as you get this thing.

Pre-orders start on July 31st for $US610 for a 16GB unlocked device that plays nice with AT&T and T-Mobile. For a smartphone that is unabashedly one foot into the future and looks like a spaceship, the price is pretty OK. The only question is if people are really ready for the future that Turing Phone is selling.