The Material That Both Conducts Electricity -- And Doesn't 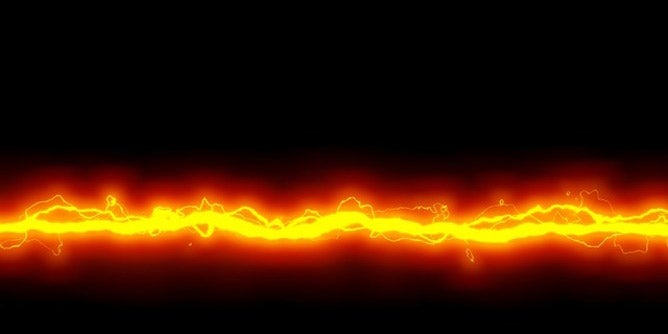 Metals, which conduct electricity, and insulators, which don't, are polar opposites. At least that's what we've believed until now. But we have discovered that a well-known insulator can simultaneously act like a conductor in certain measurements. We don't yet know the reason for this mysterious behaviour but it is likely due to new and exciting quantum effects.

The finding is surprising because electrons in insulators, such as glass, are largely stuck in one place, yielding high resistance to the flow of electricity. On the other hand, electrons in conducting materials such as metals flow freely over long distances. So how can you possibly get electrons behaving in both ways in a single material?

One way is to have a sandwich comprising a surface that is conducting juxtaposed with a bulk that is insulating. A category of materials known as topological insulators has recently been discovered to have this property. But what we found is a material in which the bulk itself behaves both as a metal and an insulator.

The material we explored is a well-known insulator that has been studied since the 1960s and has been of interest more recently due to its potential topological insulating behaviour: samarium hexaboride.

We made the discovery by applying a magnetic field and looking for undulations in sample properties such as the resistance and magnetisation — a property known as "quantum oscillations".

Such quantum oscillations are inherently a property of metals, where they map out a construction known as the "Fermi surface", which roughly represents the geometry traced by the orbits of electrons in the material. In this way, they reveal details about the movement of electrons — which is why the measurement is typically used to better understand the properties of conducting materials.

So it came as a shock when we placed a small sample of the insulating material on a cantilever in a magnetic field, and saw rapid wiggles on the screen indicating that the electrons were travelling long distances characteristic of a metal.

"You do realise, this is impossible," was my colleague's first response when I told him the news. The next surprise was when we cooled down the material further, close to absolute zero (which is zero Kelvin, or -273 deg C). We then found that not only was the material defying predictions of insulating behaviour, it was also severely violating the rules for conventional metals.

How can we resolve the apparent contradiction inherent in a material that is both a metal and an insulator? One possibility is that, contrary to current understanding, electrons in certain insulators can somehow behave as if they were in a metal.

That is why the famous Schrödinger's Cat can be both dead and alive. Schrödinger's cat is a thought experiment in which a poor cat is put in a box with a flask of poison and a radioactive source. If an internal monitor detects radioactivity, the flask is shattered, releasing the poison that kills the cat. But as long as we don't check the monitor, we have to consider the cat both dead and alive.

In this way, the strange behaviour of our material could be explained by the fact that we've discovered a new quantum state that fluctuates between being a metal and an insulator.

It could also be that we have discovered a new quantum phase of matter. Quantum physics can result in trillions of electrons in materials acting collectively to exhibit dramatically different properties from what they do individually. Our discovery of a material that is neither a conventional metal nor a conventional insulator could be such an "emergent" quantum phase of matter.

An exciting outcome of our finding is that many creative theoretical proposals are being invented to potentially explain our baffling results. In order to understand the new physics underlying our discovery, we plan to do more experiments on high-quality crystals to distinguish between predictions of the various theories.

Whichever the explanation turns out to be, decades of conventional wisdom regarding the fundamental dichotomy between metals and insulators are likely about to be turned on their head.

Suchitra Sebastian is University Lecturer in Physics at the Cavendish Laboratory at University of Cambridge.