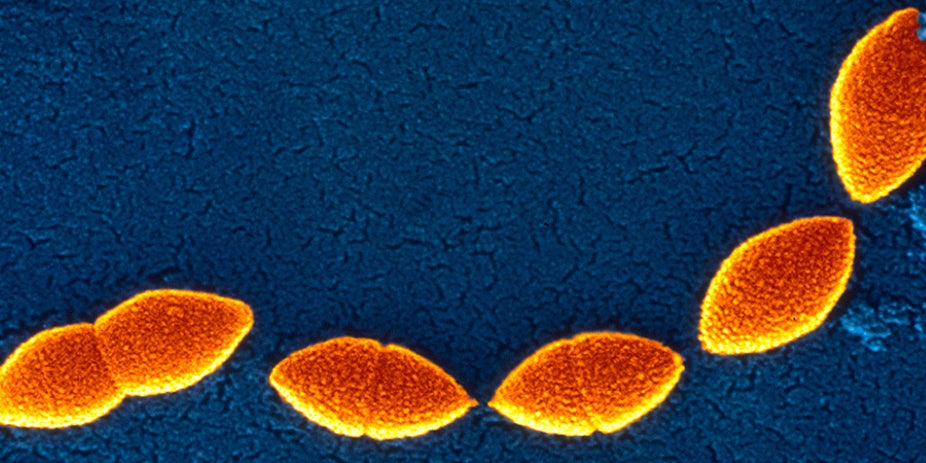 We used to think that antibiotic resistance came at a cost for bacteria, making them weaker. It turns out that for some bacteria, resistance can make them stronger and more virulent.

Antibiotics are wonderful drugs for treating bacterial infections. Unfortunately, disease-causing bacteria can become resistant to antibiotics that are meant to kill them. This is called selective pressure — the bacteria that are susceptible to the drug are killed, but the ones that withstand the antibiotic survive and proliferate. This process results in the emergence of antibiotic-resistant strains.

Once a bacterial strain is resistant to several different antibiotics, it has become a multi-drug-resistant (MDR) microbe. When there are virtually no antibiotics available to treat an infected patient, a microbe is said to be "pan-resistant." These strains are becoming more and more common in hospitals and in the community at large. You might have heard of some of them: for instance, methicillin-resistant Staphylococcus aureus (MRSA), vancomycin-resistant Enterococci (VRE) and carbapenem-resistant Enterobacteriaceae (CRE).

Bacteria can become drug-resistant in two ways — resistance can be natural, meaning that the genes conferring resistance are already present in the bacterial chromosome, or they can be acquired through mutation or by picking up antibiotic-resistance genes from other microbes.

Is fitness always a cost of antibiotic resistance?

For decades, an established dogma in the field of infectious diseases has been the so-called "fitness cost of antibiotic resistance." We believed there was a trade-off for bacteria between antibiotic resistance and how well they could carry out their regular tasks of living.

The idea is that while antibiotic-resistant strains cause infections that are more difficult to treat, they are also less hardy. Either they are less able to survive within an infected host and/or they're less virulent, causing less severe infection, with a reduced ability to be passed along to another human.

For M. tuberculosis and M. leprae, resistance to rifampicin comes thanks to a mutation in one gene. The mutation buys the bacteria the ability to fend off antibiotics, but it interferes with their normal cell physiology and the factors that make them virulent. As we'd expect, resistance comes with a clear fitness cost in this case.

We analysed a bacterium called Pseudomonas aeruginosa. It's a major cause of infections in people with cystic fibrosis, as well as very ill patients in intensive care units (ICU) and people with weakened immune systems.

P. aeruginosa is naturally resistant to several antibiotics and can acquire resistance to numerous others to become multi-drug-resistant or even pan-resistant.

To find out if there was a fitness cost from resistance, we created mutant strains of P. aeruginosa using "jumping genes" to insert mutations into the bacteria. Because we wanted to see what the cost of resistance was, we made two kinds of mutant strains. Some mutant strains lost their natural-resistance genes, while other mutant strains acquired resistance due to inactivation of genes that made them susceptible to antibiotics.

This meant that we could use DNA sequencing to determine how loss of each mutated gene affected the overall ability of P. aeruginosa to cause an infection in mice and the bacterium's overall fitness.

In our experiments, it turns out the fitness is not a trade-off for resistance in P. aeruginosa. We found that the most fit mutants were those that had become carbapenem-resistant because the OprD protein was no longer made.

In mice with P. aeruginosa infections in their gastrointestinal tracts, the OprD mutants initially represented less than 0.1% of the strains used to establish infections. But after five days, the OprD mutants comprised more than 40% of the strains we recovered from the mice's GI tracts. The "mutant" bacteria didn't just spread because they were hard to kill (we did not give any antibiotics to the mice) but because they were fitter than the other bacterial strains infecting the mice.

We saw something similar when we used the mutant strains to give the mice bacterial pneumonia. The OprD mutants once again emerged as the predominant strains, but many of them were also resistant to another common antibiotic called fosfomycin. Like carbapenem resistance, fosfomycin resistance is also due to a single gene.

Overall, when bacteria acquired resistance to fosfomycin and carbapenem antibiotics, they became fitter and more virulent. This counters the more commonly accepted concept that there is a fitness cost due to antibiotic resistance.

What about other kinds of bacteria?

To see if this effect was limited to P. aerginoa, we decided to look at two other bacterial species to see if antibiotic resistance made them fitter as well.

Along with coauthors Drs John Mekalanos and Stephen Lory at Harvard Medical School, we found that for A. baumannii and V. cholerae, the loss of antibiotic resistance was associated with loss of fitness and a weakened ability to cause infection.

But, when the bacteria acquired antibiotic resistance through a genetic mutation, they became more virulent, and had a stronger ability to cause infections in preclinical laboratory models of infections.

What does this mean for strategies to combat antibiotic resistant bacteria?

We do not expect these findings to be true for every kind of bacteria. But even if they apply to just some organisms, it means that resistant strains will not go away if we simply reduce or control antibiotic use.

There is a general belief that if antibiotics are used only when needed, the antibiotic-susceptible strains will outcompete the less fit — but resistant — strains. But this strategy might not be enough to combat bacteria that get stronger when they become drug-resistant instead of weaker.

Handwashing and related measures can control the spread of resistant bacteria. But we also need vaccines and premade antibodies that can be given to people who are at risk for, or actually infected with, drug-resistant microbes.

That is something our research team from Harvard Medical School and Brigham and Women's Hospital is pursuing. We are investigating the development of a potentially very broad-spectrum vaccine along with another product, a human antibody, that could provide immunity to most drug-resistant bacteria, including tuberculosis and the feared MRSA strains, and perhaps even organisms causing diseases such as malaria.

Gerald Pier is Professor of Medicine (Microbiology and Immunobiology) at Harvard Medical School .