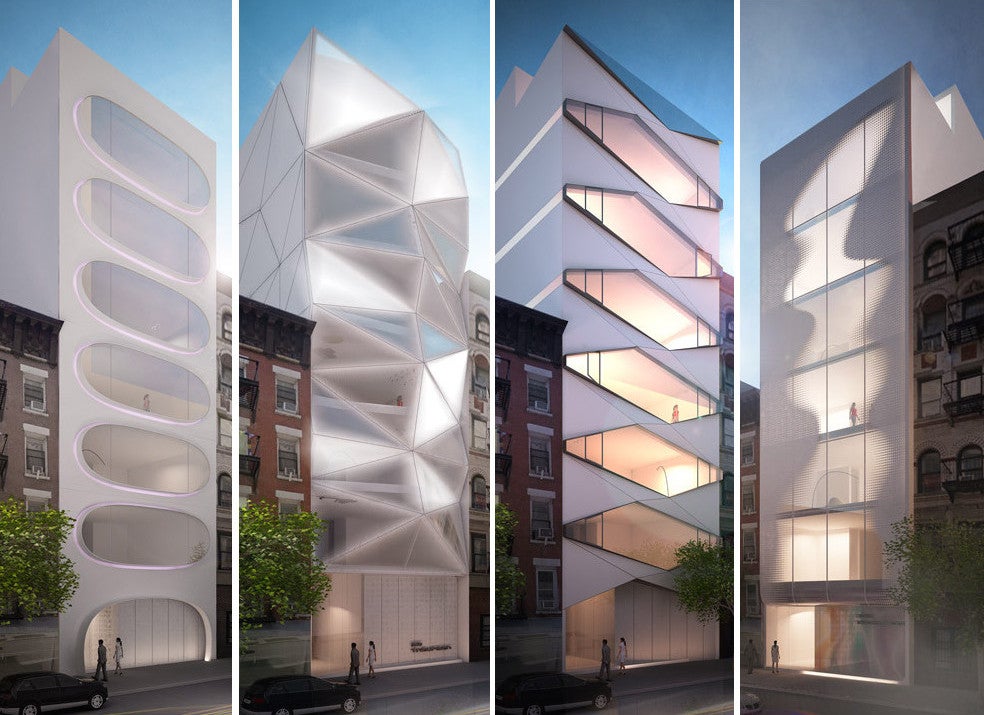 Getting a building approved by the public is tough — a few strong voices in the neighbourhood could easily bring down the entire process. To win the public over, designer Karim Rashid turned to his Facebook page, asking his over 421,000 fans to vote on which concept for a new building they liked best.

Rashid, who is perhaps better known for his brightly-coloured blobular furniture, posted four options for a for a seven-storey building in New York City's SoHo neighbourhood and asked his followers to choose their favourite. It should be noted that none of these look anything like the other buildings on Thompson Street, which was apparently problematic for many commenters. 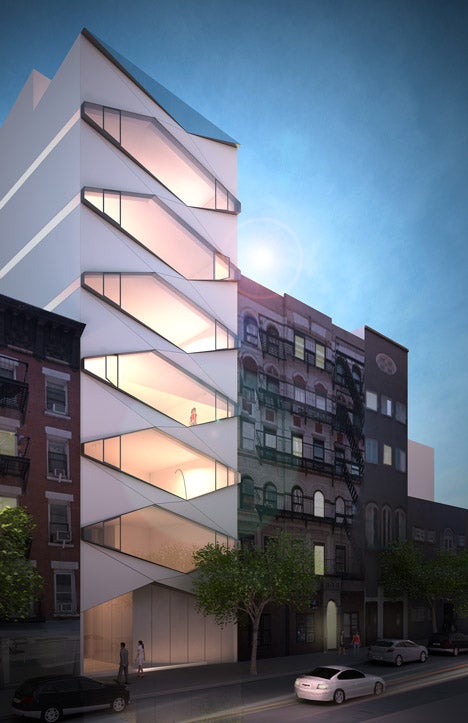 Last week, Rashid revealing the winning design (left), which he told Dezeen that he selected together with the developer based on many factors but the feedback definitely figured into their decision.

While the Facebook poll (which is unfortunately no longer available on Rashid's page) is not all that different from the focus groups that designers have always used, Rashid told Dezeen it helped cement his hunch that this option was the clear winner. "Focus groups can destroy and end projects but if the feedback is overwhelmingly positive you know the project will be successful."

In addition to choosing their preferred design, commenters provided more thoughts for Rashid, like the fact that the faceted facade in one concept looked too similar to Citroën's flagship store in Paris. That's feedback you probably won't get from a bunch of angry NIMBYs who are worried about their street's historic character.

City planning departments generally require a period of public input for buildings like these. Could a Facebook poll one day be considered the same thing as the city asking for public comments before the building process? There are many examples of the public voting for parks or bridges in architectural competitions, for example — and neighbours already use online organising tools to keep development away from their streets. Regardless of how official it is, this is definitely a good way to engage people in the process and hopefully give them a bit more ownership over their cities at the hyperlocal level. Maybe in the future we'll be able to vote online for each and every new building coming to our block.