Scientists Have Figured Out The Perfect Way To Build A Fire 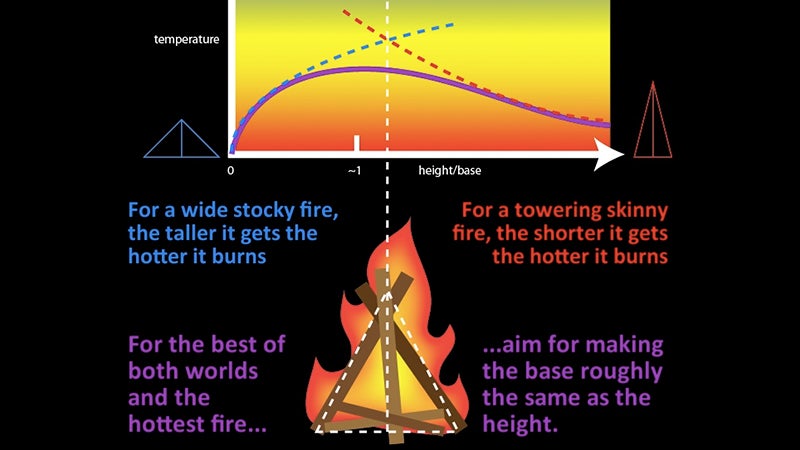 Grab your s'mores fixin's because a professor of mechanical engineering at Duke University believes he figured out how to build and engineer the perfect fire that burns with the maximum amount of heat as possible.

But here's the real interesting part: it turns out that humans have already known the ideal shape for a fire — a pyramid that's roughly as wide at its base as it is tall — and have actually been using it for thousands of years.

Professor Adrian Bejan is best known for his Constructal law that basically states that nature will prioritise the creation of structures, patterns, or geometry that makes it easiest for things to flow — be it nerve signals travelling through the human body, or raindrops forming tiny streams and rivers on the ground. And it was his research into Constructal law that led him to conclude that a perfect pyramid-shaped fire is the way to go.

And that explains why man has been building the same fires since we first learned to harvest a flame. It's not that we didn't know better. In fact, it was just the opposite. Through trial, error, and experimentation we actually stumbled across the ideal fire shape well before science came along and confirmed that what we've been doing was right all along. 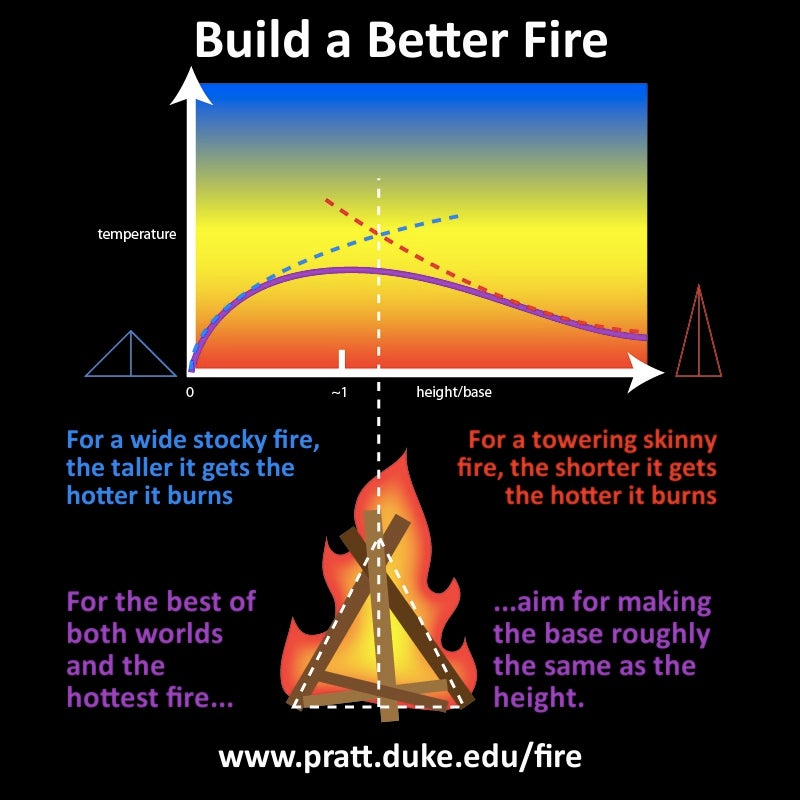