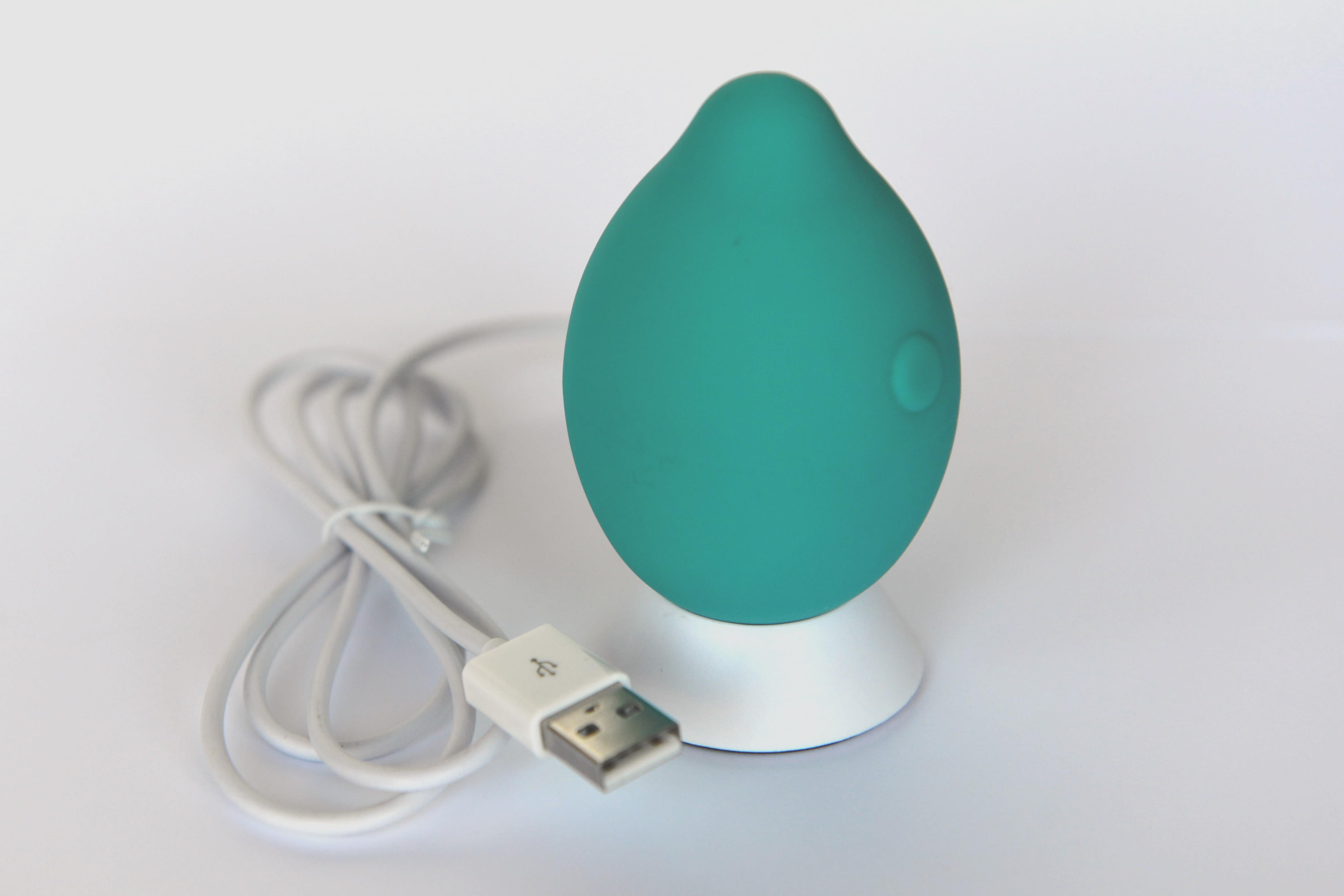 If Crave's Flex is the Linux of vibrators, with its long menu of settings and programmable waveforms, Minna Life's Limon is more like a slimmed down iPhone app. It lets you change just one variable — the strength of the buzz — with an equally simple and intuitive method: how hard you squeeze.

It's the least phallic vibrator I've ever laid eyes on, with a squat, rounded shape that fits nicely in the palm of your hand. One button turns it on and cycles through its three "modes", but only with a firm press. Dropping it on its button side doesn't activate it (I tried dropping it from about a metre up), so it's unlikely to get bumped on and start vibrating in your carryon luggage, or switch between modes accidentally. Moreover, unlike vibes that start a-shaking as soon as you hit the on button, the Limon only vibrates when you squeeze its soft sides.

That's the beautiful simplicity of the Limon. The harder you squeeze, the stronger the vibration. In its first mode, the device doesn't do anything more than respond to your squeeze, which means you have precise control over the amount of stimulation you're getting. Like gentle vibrations? Squeeze a little. Like it fast and firm? Squeeze harder. The real genius of this vibe is that it doesn't have to have to bother with preprogrammed patterns: you can produce an infinite number of unique vibration changes on command, just by tightening or relaxing your fingers. If you find a pattern you particularly like, the second mode will let you record it and the third will lock it in for the duration.

The lemon-like shape isn't just a cute pun (squeeze it — ha), it also means there's a smaller nub at one end for directing vibrations where you want them. However, I wouldn't recommend trying any insertion play with this one, simply because I can't figure out how you'd get it out again. Hospital visits are not sexy.

Its battery life is great: I've been testing it out all week, and it definitely lives up to the company's claim of a 2-to-3 hour charge. You recharge its batteries via USB, using a proprietary, disc-shaped dock: the vibe snaps on magnetically and a pulsing light on one side lets you know it's charging (it glows steady when it's ready to go).

But apparently marrying simplicity and style doesn't come cheap — the Limon is priced at $US119. Even its package screams "high end" — instead of a boring cardboard box, it comes in a colourful and sturdy cut-down poster tube, and opening it up is worthy of one of those unboxing videos for fancy electronics. When you lift the top of the tube, you reveal the sleek lemon-shaped vibe, which comes in teal or pink, but (oddly) not yellow. Its charging cord and a soft cloth storage bag are tucked in a hidden compartment underneath it.

What's Not So Good?

If the price tag doesn't scare you off, this is a sweet little toy that lets you play at your own pace rather than the manufacturer's. [Limon]