How One Twitter Troll Created A Fake Islamic State Battle 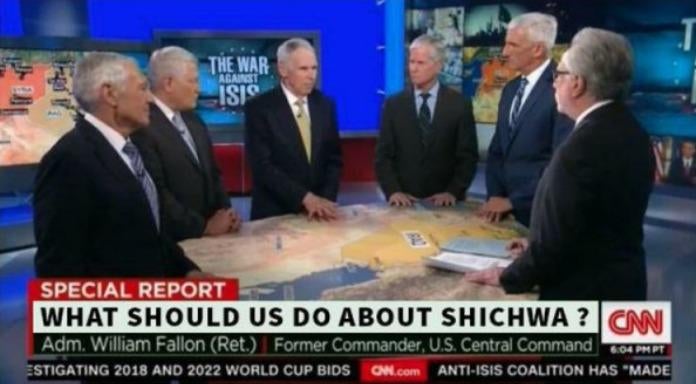 Twitter is a pretty easy platform to troll with fake rumours, like celebrity deaths or Justin Bieber self-harm. But making up an entire fake battle between Iraqi and IS forces, complete with battlefield maps and hilarious(ly fake) place names? That takes some skill.

The BBC Trending blog has documented the curious case of the battle for Shichwa, a place allegedly in Iraq, near the Saudi border. But Shichwa doesn't exist — the name actually means "cheese bladder" in Iraqi Arabic. The battle was all a figment of the Twittersphere's imagination: a rumour started by @IraqSurveys.

The account normally aggregates serious news about Iraq, until one day Ahmad al-Mahmoud, the man behind the handle, "got bored" and shared fake news about an IS defeat at Shichwa, complete with Photoshopped pictures. The rumour got traction, and for two days supporters from both sides boasted and plotted revenge.

On the surface, it's a good moment of comic relief in an otherwise depressingly sad war. But it's also a powerful reminder that trusting news from social media can bite you in the arse. And, y'know, take a few seconds to verify the authenticity of names before retweeting (or better, announcing on cable news).