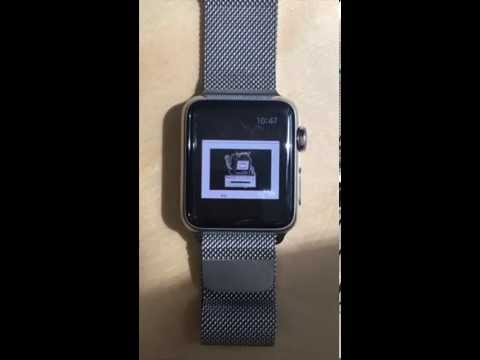 When it comes to hacks, the question is most often “can I or can’t I” instead of “why?” Because if you try to find a practical reason for why someone would get the 24-year-old Mac OS 7.5.5 — aka System 7 — running on an Apple Watch, you’re going to come up empty.

Using the Mini vMac emulator, developer Nick Lee was able to shoehorn Mac OS 7.5.5 onto his Apple Watch after upgrading it to watchOS 2. Not surprisingly, the OS isn’t particularly usable on the Apple Watch’s tiny screen. Probably because its developers had no idea that one day a digital crown would try to stand in for a computer mouse. But it boots up and loads the desktop, which is quite impressive given the size of the Apple Watch versus the Power Macintosh 5500 System 7 would have required 20+ years ago.