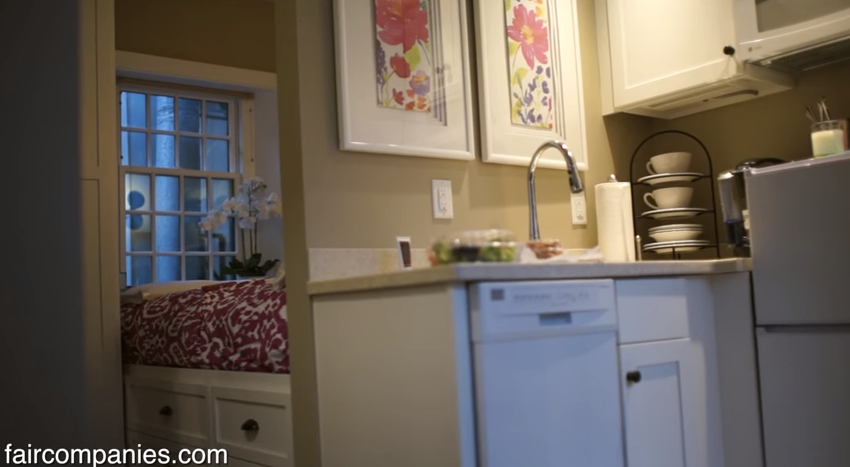 The average home in Australia is about 214 square metres. You'll get a fraction of that in these micro-apartments, which at their smallest are just 69 square metres and make an art of fitting a life into a very sweet-looking closet.

Core77's Rain Noe brings us a video of the "micro-lofts" at the Arcade Microlofts in Providence, Rhode Island. The Arcade played a huge role in the history of shopping in America — even though not many people know it outside of the city. The "mall" was built in the 1820s, when the idea of a series of shops inside the same enclosed space was a total novelty. Rather than a main street lined with independent stores, the Arcade offered something else. Here, shopping was entertainment, not a chore — sheltered from weather, pollution and the outside world.

Even the building was luxurious, with lovely wrought iron balconies and a hulking neoclassical facade. GLAMOUR! 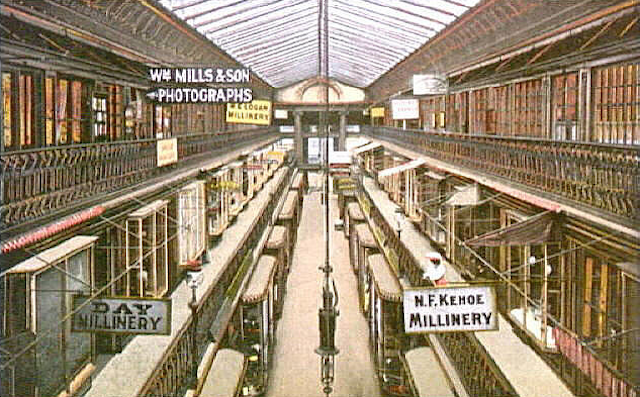 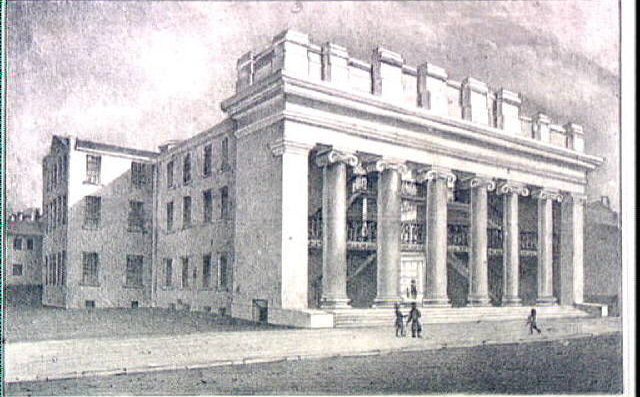 Anyways, the Arcade went the way of most of those early inner-city proto-malls: It shrank, decayed and ultimately sat nearly empty as suburbia sprawled and today's shopping centres took over — though it was named a landmark and saved from destruction.

It wasn't until a few years ago that the idea of turning its spaces into something else emerged (in fact, in university, we did a project modelling and redesigning the interior). Like so many ageing, smaller shopping centres around the country, it became the target for a developer who saw it as a chance to insert something else into its shell. 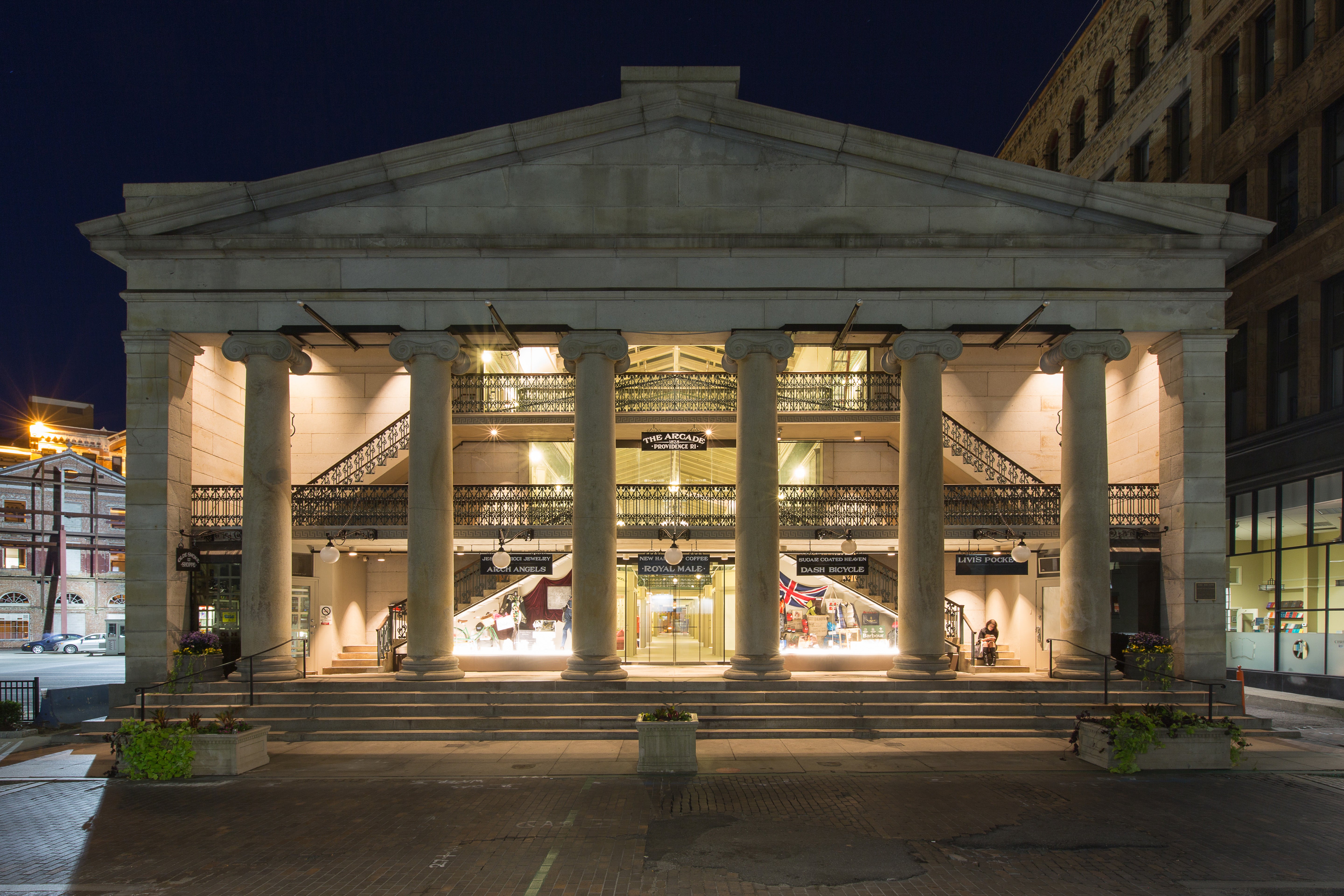 Ultimately, the shop spaces were redeveloped by Northeast Collaborative Architects into "micro-apartments", meaning they range from 20 square metres to 75 square metres. Some apartments come equipped with a twin murphy bed that folds up into the wall for guests, while the bathroom is possibly the largest enclosed space in some of the smallest units: 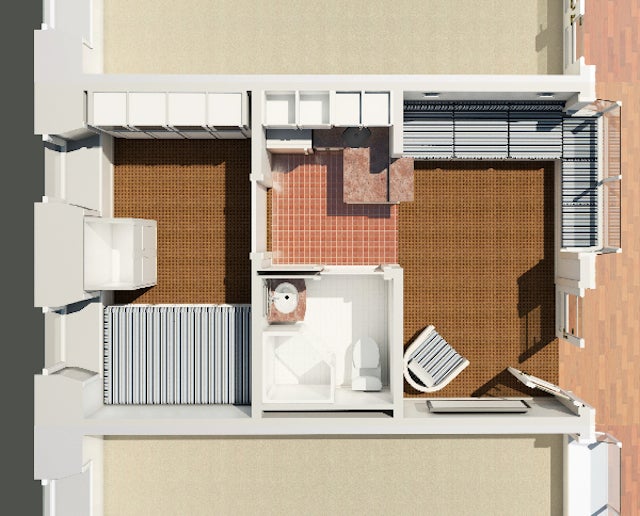 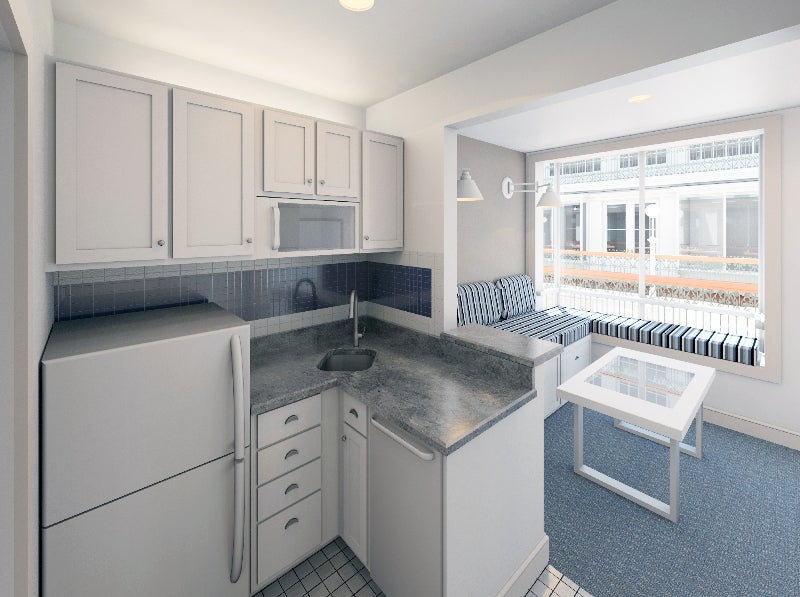 It's been two years since the units went on the market, and they have been wildly popular. But the video found by Core77 gives us the clearest look at what living in such a tiny, historic space is really like. We hear from two different residents at the Arcade, each of whom explain how their tiny apartments have affected their lifestyles (or not):

Providence is far from the only city spurring micro-apartment development, which is attractive since it packs more units into a building and brings more people into the urban downtown. New York has its own micro-apartment scheme afoot, spurred by former Mayor Bloomberg too.