This Goo Accurately Paints Patterns On Your 3D-Printed Creations 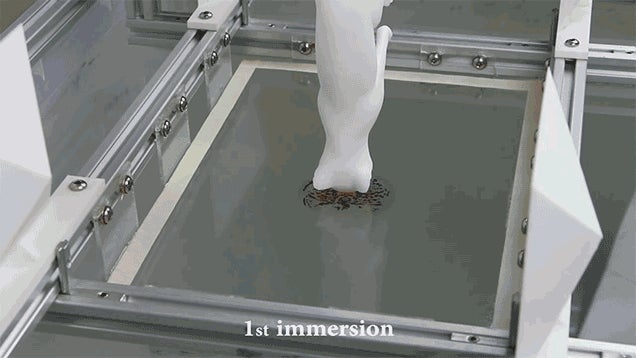 If you try to describe 3D printing to someone, you can't help but channel a little science fiction. "You put designs in this machine, which then just like... makes it." I'm convinced that its the great-great-great-grandfather to the oft-referenced Star Trek replicator. Luckily, I already like my tea Earl Grey and hot.

But almost every new innovation that involves 3D printing has a moment of "wtf am I looking at" wonder. Take for example, this "computational hydrographic printing" process, developed by researchers at Zheijiang University, that uses PVA film, linear motors, and a 3D vision system (read: Xbox Kinect) to "simulate colour film distortion during hydrographic immersion."

That's a line out of Neal Stephenson novel if I've ever read one.

What this does, as compared to previous hydrographic immersion tech, is give you way more control on how designs are applied to your 3D creations. Like this mask for instance: 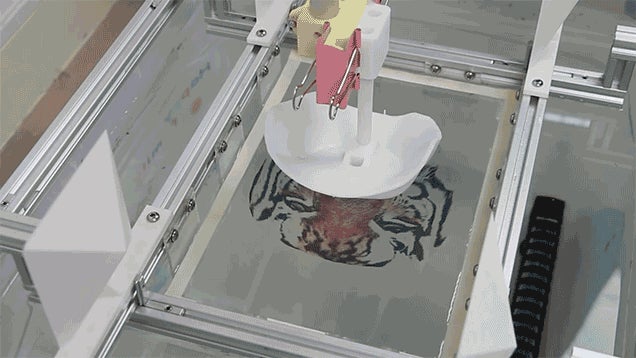 Crazy cool, right? But in the world of 3D printing, it's really just another Wednesday. Take for instance other amazing discoveries, like this creepy goo 3D printer or perhaps this magical machine that makes squeeze cheese creations or this Makerbot system that destroys as it creates (just like a teleporter).