An Obscure African Plant Tells Miners Where To Look For Diamonds 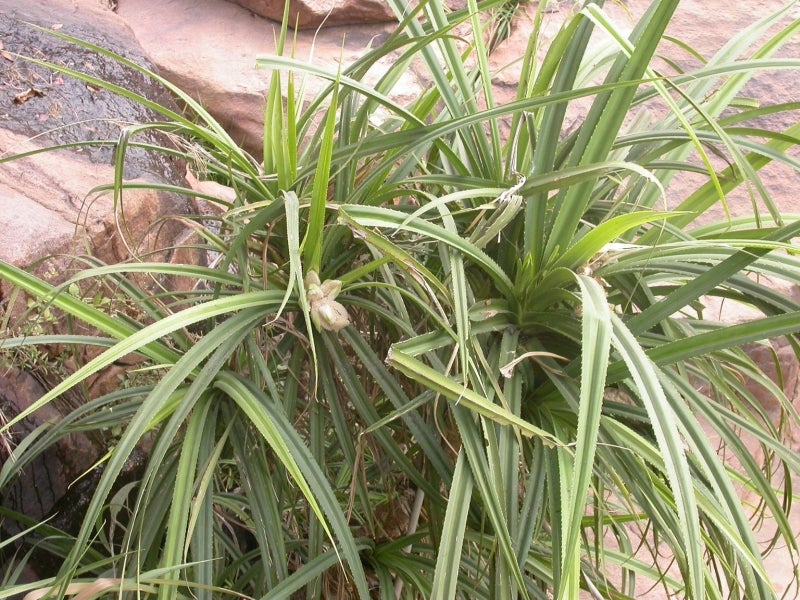 Diamonds you're familiar with. Pandanus candelabrum, not so much. And until recently, botanists didn't pay much attention to this rare, palm-like plant from West Africa either. But the discovery that P. candelabrum grows only over rock that may harbour diamonds has vaulted the plant out of obscurity.

Diamonds hunters are going to "jump on it like crazy," one geologist told Science.

Formed by intense heat and pressure deep underground, diamonds are brought to the surface via the crust inside intrusions of kimberlite, a type of igneous rock. Where there is kimberlite, there may be diamonds.

That's where P. candelabrum comes in. The plant seems to grow only in soil over kimberlite. Stephen Haggerty, a mineralogist at Florida International University in Miami and the chief exploration officer of Youssef Diamond Mining Company, describes his discovery in a Economic Geology paper. P. candelabrum could make it much easier to find kimberlite pipes usually hidden under the thick African bush. (You can see some pictures of it over at Science.)

This is the first known plant to indicate kimberlite, but miners have long used plants to hunt for clues into what lies beneath. This best known example may be copper, which can be found by looking for the California poppy in the US or the flowering shrub Haumaniastrum katangense in central Africa. There's also prince's plume for selenium, juniper for uranium, horsetail for gold, and so on. In some cases, the plants have adapted to metal-rich soil, and in others, they're especially good at concentrating a certain metal in their tissues.

In the case of P. candelabrum, it may have adapted to the magnesium, potassium and phosphorus-rich kimberlite soils. It just so happens that areas tend to be diamond rich too.