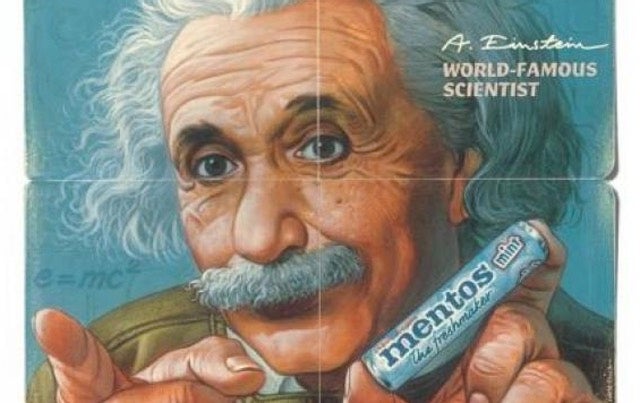 Companies love to put Albert Einstein in their ads. We've seen Einstein peddle Nikon cameras, Apple computers, and even Mentos. But Einstein never approved for his image to be used in any product endorsements while he was alive. In fact, he called these deals the "corruption of our time".

Einstein was offered tens of thousands of dollars (not adjusted for inflation) to promote different products during his lifetime. American companies asked the him to promote musical instruments, disinfectants, clothes, and even perfumes, among a host of other products. But Einstein turned down every single one of these offers. Which is pretty funny, given how often he's used in ads today. Think Different, amirite?

"Is it not a sad commentary upon the commercialism and, I must add, the corruption of our time that business firms make these offers with no thought of wanting to insult me?" Einstein told the Associated Press in late 1930.

Celebrity culture as a whole baffled Einstein. Why should anyone care that Einstein endorsed a product, he wondered. During a trip to the United States in 1930, he told the press that he didn't understand why there was such interest in his visit.

"It is simply terrible," Einstein said. "Mass psychology is a difficult thing to fathom. I fear historians never have taken the factor of mass psychology into account sufficiently in writing history." 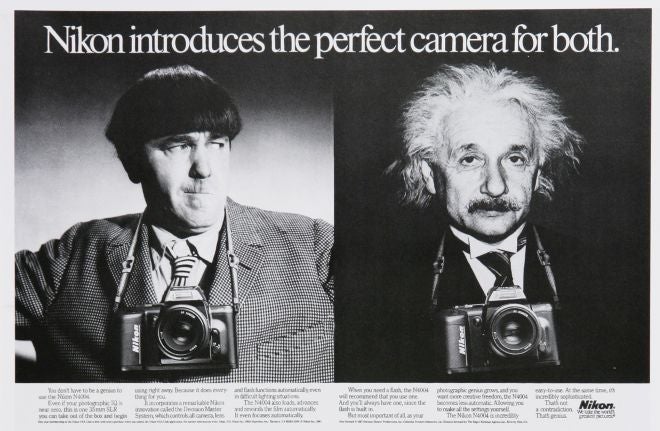 Strangely enough, it's perhaps easier than ever to use Einstein's image in advertising. A California court ruled back in 2012 that a GM ad using Einstein as a shirtless, buff man was perfectly legal. The rights holders for Einstein's estate sued GM, but were unsuccessful. The court found that while the estate of a given person can indeed claim publicity rights and limit how that person's image is used, Einstein had been dead long enough.

One of the arguments that GM's lawyers made? Einstein had never promoted any products during his lifetime, so today's rights holders held no claim to his publicity rights. Effectively, if you don't try to make money off your image while you're alive, you weren't capitalising on that asset to begin with, so your estate can't claim to be damaged by others trying to make money from your image.

Einstein is, no doubt, rolling in his Acme-brand grave. Acme graves: They're how geniuses take a dirt nap™.