The solar eclipse in March has been photographed to death — from every which angle and even from space. But here's a late contender for what may be the evocative photos of the eclipse yet: a glowing black dot over a barren snowscape, as captured by astronomers observing the sun's magnetic field.

Back in March, the Solar Wind Sherpas team, headed by Shadia Habbal at the University of Hawaii at Manoa, set up camp in Norway's Svalbard islands. Thanks to a crystal clear sky, they were able to photograph the solar corona, or that aura of plasma surrounding the sun. The corona is always there, but it's usually not visible. With the moon blotting out most of the sun's light, the streaks of plasma suddenly became clear against the dark sky. The closeup of the corona below is stitched together from 29 separate photos.

[University of Hawaii via LiveScience] 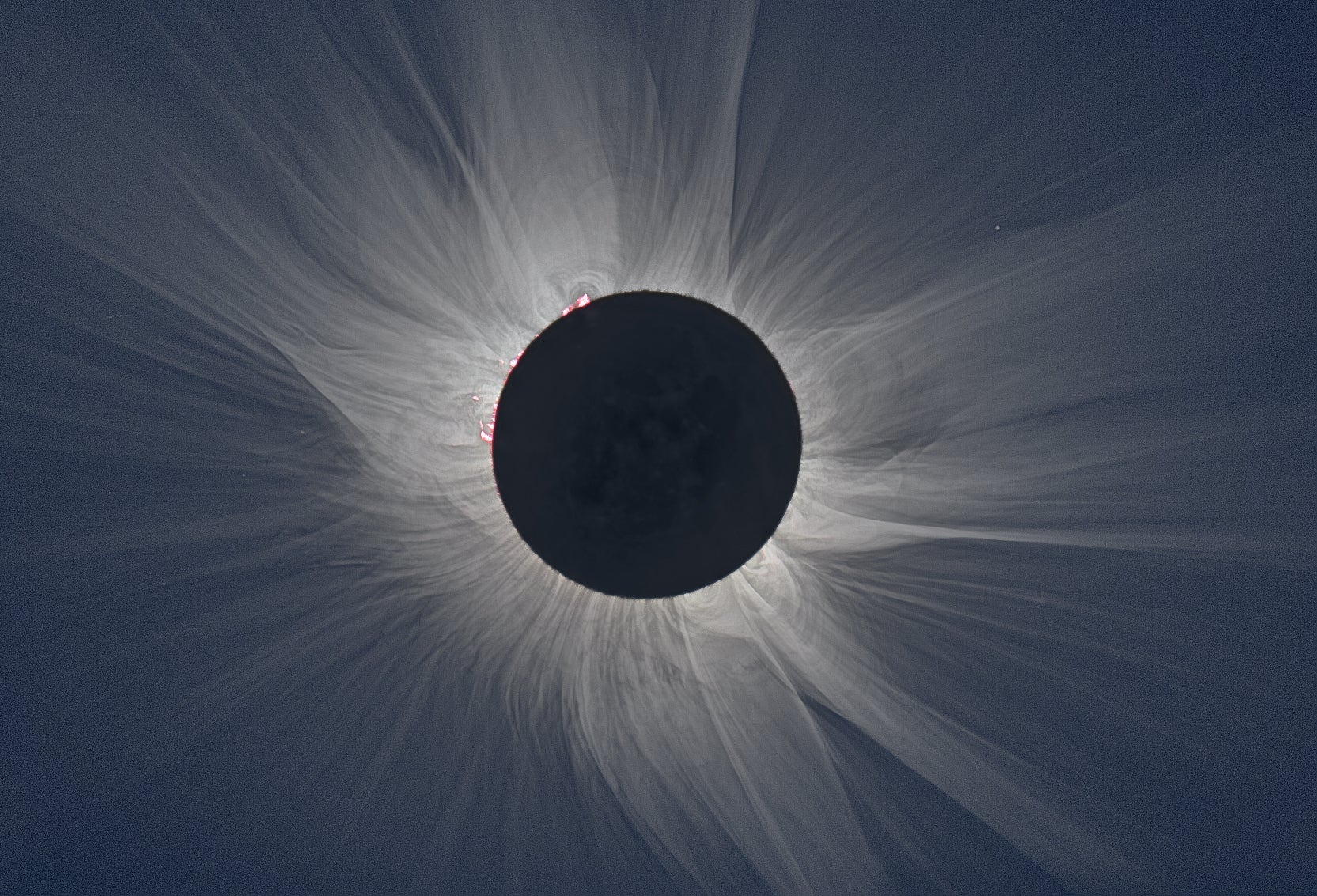