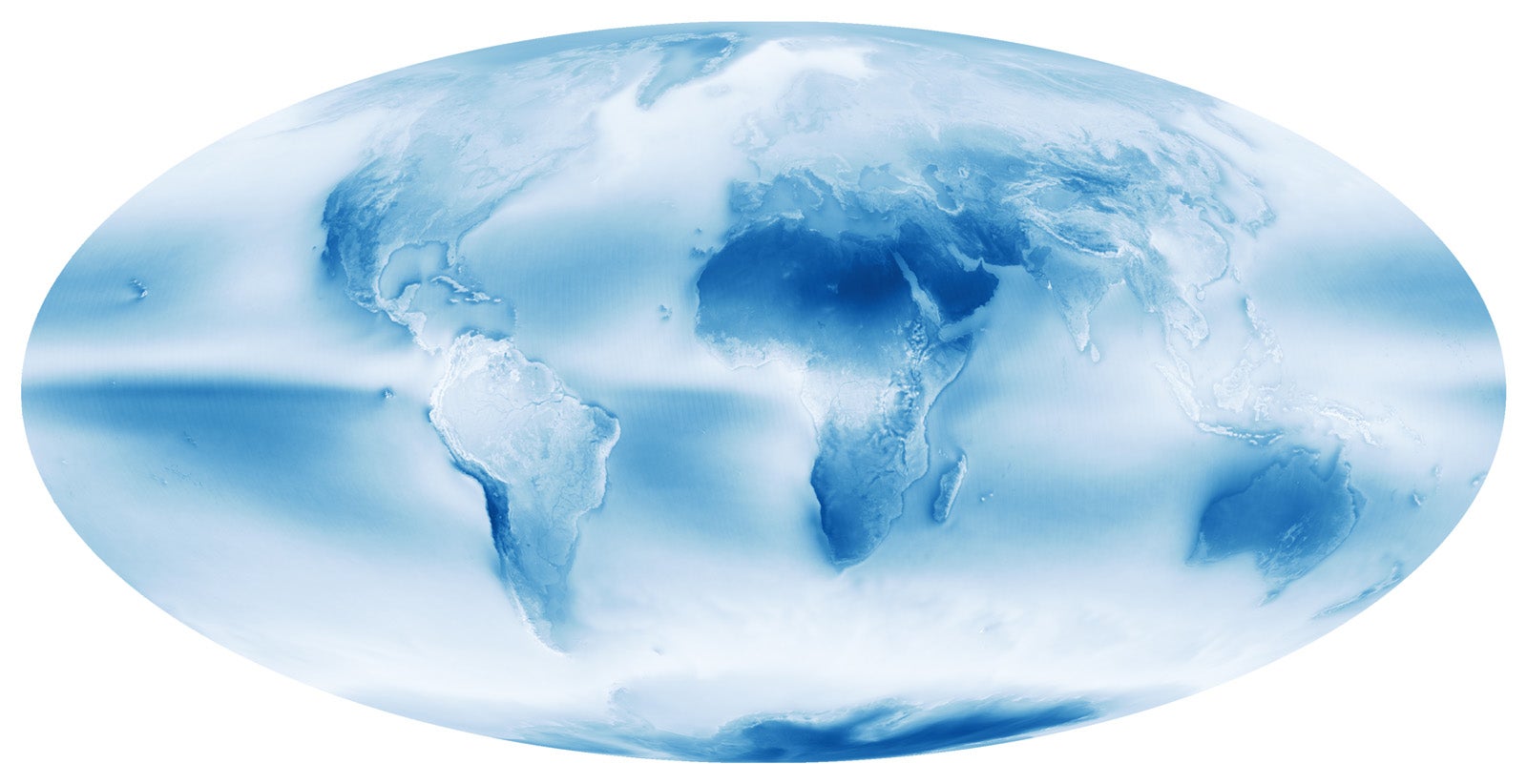 This beautiful map shows an average of all of the available cloud observations from the Aqua satellite. The shades of blue represent the cloudiness of our planet.

The visual is based on data acquired from July 2002 until April 2015, offering a top-down view that shows where the satellite's Moderate Resolution Imaging Spectroradiometer saw clouds versus clear sky: dark blue represents no clouds, light blues are some clouds, white areas are frequent clouds.

According to NASA Earth Observatory:

One study based on nearly a decade of satellite data estimated that about 67 per cent of Earth's surface is typically covered by clouds. This is especially the case over the oceans, where other research shows less than 10 per cent of the sky is completely clear of clouds at any one time. Over land, 30 per cent of skies are completely cloud free.

Earth's cloudy nature is unmistakable in this global cloud fraction map, based on data collected by the Moderate Resolution Imaging Spectroradiometer (MODIS) on the Aqua satellite. While MODIS collects enough data to make a new global map of cloudiness every day, this version of the map shows an average of all of the satellite's cloud observations between July 2002 and April 2015.

There are three broad bands where Earth's skies are most likely to be cloudy: a narrow strip near the equator and two wider strips in the mid-latitudes.