Spock Emoji, And Everything Else You Missed Yesterday 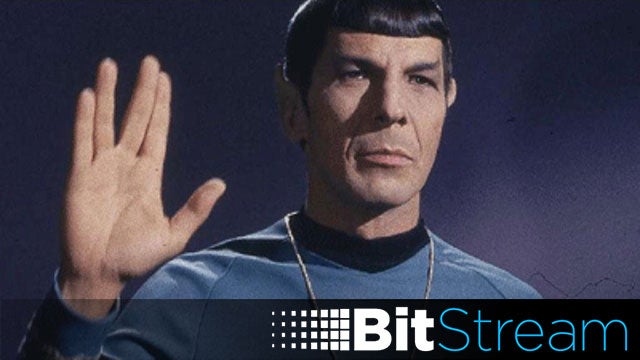 Sony smartphones face another hurdle, Hulu gets into the GIF game, and Spock comes to an iPhone near you. This is the new and rumours you missed yesterday, all on BitStream.

iPhone’s great camera, fluid operating system, and stocked app store have never been enough to pull me from Android — but now iOS is going where no smartphone has gone before. Spotted by Quartz in beta builds of upcoming iOS and OS X, Apple will be bringing the Spock’s “Live Long and Prosper” salute to its pool of emoji. Although the split-finger salute is a genuine expression of friendship, adding the emoji is a fitting homage to Leonard Nimoy, who unfortunately left us in February. Sorry Salsa Dancer emoji, but you’ve been replaced as my favourite. [Quartz]

Pixel OFF is an interesting app only for AMOLED displays, essentially turning off unused pixels to help conserve battery. Basically an ultra battery saving mode for phones without the option. [Pixel OFF]

Hulu is getting in on the GIF game with The Perfect GIF, a way to find reaction GIFs from all the shows it streams. Netflix, get on this bandwagon, please. [TechCrunch]

A new Moto 360 is coming (supposedly) with a better screen and the codename “Smelt”. Like the first thing. Second thing is weird. [Weibo]

Mail and calendar apps pop up in the latest leak of Windows 10, but the big news here is that it will also support Google Calendar. [The Verge]

Microsoft may be laying down the groundwork for its very own payments system. [Windows Central]

So this is strangely mesmerising to watch…if you love coding and/or Star Wars.

iiNet Lost Its Piracy Fight Against Dallas Buyers Club
Can You Retain Your Privacy Despite Government Metadata Retention?
What Is 5G?
Emirates’ Flight Catering Food Factory In Dubai Produces 175,000 Meals Per Day, And It’s All Fresh
Gyrotech O-Chic: Australian Review
Apple, Google, Microsoft To Appear At Government’s Corporate Tax Avoidance Hearing Tomorrow
Why We Need a Better Way to Kill Satellites
Whoops! Did LG Just Out a New 8K iMac?
Yelp Vigilantes Are Organising Against Businesses in the Name of Justice
NSA Has a Special Room to Find Terrorist Memos Hidden in Porn
LA’s New Parking Signs Are Brilliant and Every City Should Copy Them