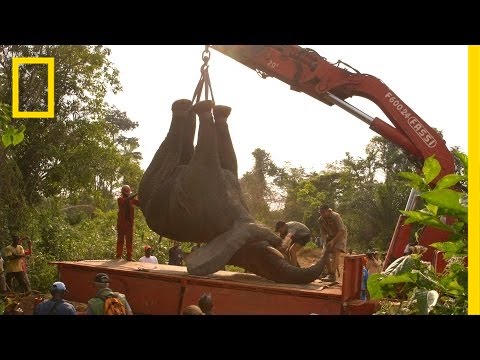 A small group of elephants who had been displaced have been butting heads with local villagers in a village in Daloa in the Ivorty Coast. The elephants have damaged crops, ruined homes, injured people and so forth. The villagers wanted to kill the elephants. Luckily for everyone though, the International Fund for Animal Welfare figured out a way to move them instead.

It looks absolutely nutty (and almost looks like a joke) to hang an elephant upside down by its feet with a crane but apparently, it’s the best way to move the giant creature (I guess it is the best way to move giant non-living things too). You can see how they caught the elephant, rolled them over and transported him in the video below.