It’s No Hoverboard, But This Levitating Lightbulb Is Still A Neat Trick 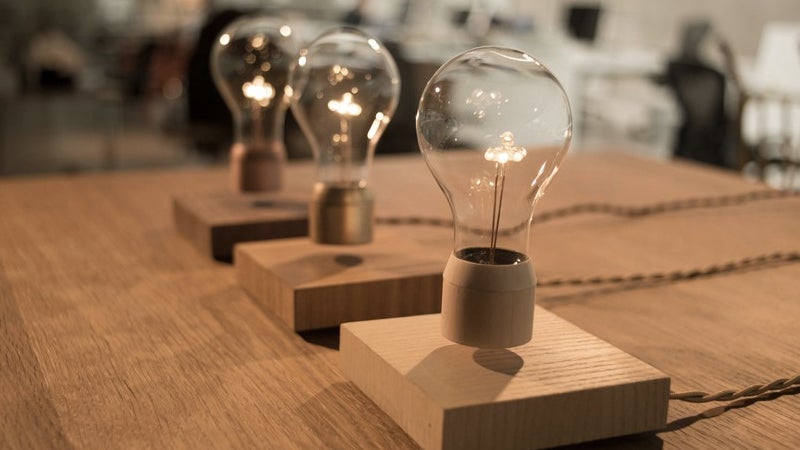 Most of us have come to terms with the fact that we won’t be floating to work on a hoverboard anytime soon. But that doesn’t mean our lives have to be completely devoid of levitation. Not when Simon Morris is Kickstarting an amazing floating lightbulb that actually lights up while it hovers above its base.

The technology that powers the Flyte isn’t particularly exotic. Magnets keep the bulb floating about an inch above its base which features a hidden inductive coil to wirelessly powers the bulb’s LEDs. But it’s the sum of its parts: a lightbulb that appears to magically float and glow without any wires attached to it, is just plain cool.

But given the Flyte is trying to find its way into consumers’ hands via an $US80,000 crowdfunding campaign on Kickstarter, you’re going to have to wait until October, at the optimistically earliest, to put one on your desk. And that’s with a $US250 donation to the campaign.

It’s an expensive lamp for sure, especially since it doesn’t look like it would do an amazing job at lighting up a whole room. However, that’s not why anyone would be interested in it. Levitation still seems like genuine magic in the world of technology, and staring at this thing seemingly defying gravity would be utterly hypnotic. [Kickstarter – Flyte via Taxi] 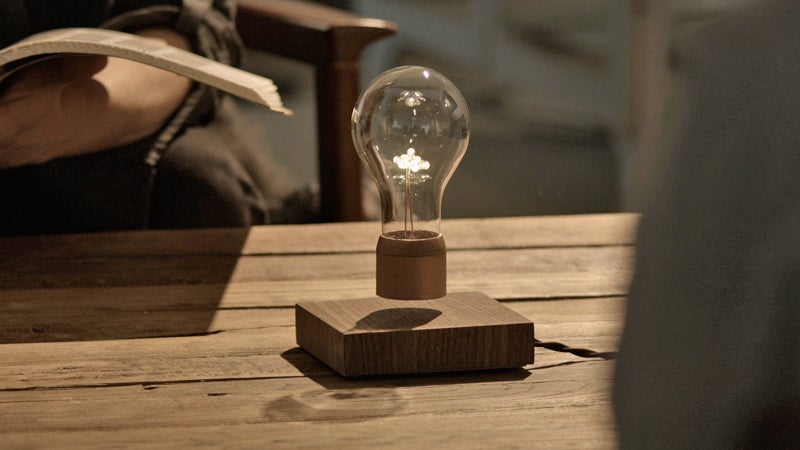