Tinder Jumps In Bed With Instagram, And Everything Else You Missed 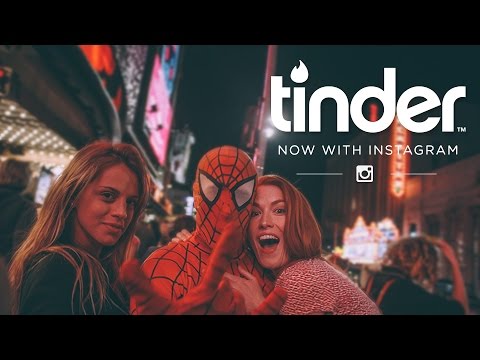 Tinder teams up with Instagram, handwriting makes a comeback, and Sony may release its next flagship smartphone sooner than you’d think. BitStream has all the news and rumours you missed in the last 24 hours.


Tinder has always been more about looks and less about personality, like going to a speed dating event but you’re not allowed to talk. But yesterday, the app announced an interesting integration with Instagram that will give you at least a little better idea who “Becca, 27” really is.

This makes a whole lot of sense since most users already put their Instagram handle in the profile section. Tinder is just bringing the Instagram experience in-app so you you don’t have to be weaving in and out of other software. The integration with Tinder lets possible future significant others (and exes) see the last 34 pictures on your Instagram feed. Also, if you like your Instagram privacy and want to keep it that way, you can. Instagram will allow public access to Tinder only and keep your main account private.

Hopefully, having Instagram handy will help you think up a better opening line than “There she is.” [TechCrunch]

Technology pretty much destroyed handwriting, and now it’s the only thing that can save it. Google is rolling out a handwriting keyboard that supports 82 languages + emoji. [Android Police]

Already in its short existence, the live streaming app Meerkat has seen better days thanks to stiff competition from Periscope. But moving to Android pastures may help the app gain some footing as Meerkat posts a sign up for the upcoming public beta. [9to5Google]

Speaking of live-streaming apps, HBO is going after Periscope users who streamed the season premiere of Game of Thrones on Sunday. Yeah, good luck with that. [The Consumerist]

Scribd’s audiobook collection heads to Westeros and adds Game of Thrones series along with 9000 other titles. [TNW]

Just want to buy the Apple Watch in the store like the good ole days? You’ll probably be waiting until at least June. [The Telegraph]

Apple’s Force Touch, that nice little buzz of haptic feedback on the Apple Watch and new Macbook, will be coming to the iPhone 6s. The question is… how. [Cult of Mac]

Think a 3D-printed rocket would work like crap? Yeah… no.

Tips To Make You A Windows 8.1 Touchscreen Master
Malcolm Turnbull Is On The Cover Of Australian GQ Magazine
Netflix And Other Streaming Services Are Finally Embracing Audio Description
Game Of Thrones Pirates Offer A Useful Lesson In TV Money Making
WIN! A $12k Trip For 2 To The NASTAR Space Flight Simulator In America
Facebook Is Giving Aussies A New Mini Social Network As An Experiment
Netflix Regrets Signing Unmetered Streaming Deals With Optus And iiNet
Inside the Experimental Robotics Lab Where Machines Are Getting Softer
19 Things I’m Dying To Carbonate With SodaStream’s Magical New Machine
Duracell Doesn’t Understand Wireless Charging