Elon Musk’s New Tech, And Everything Else You Missed Yesterday 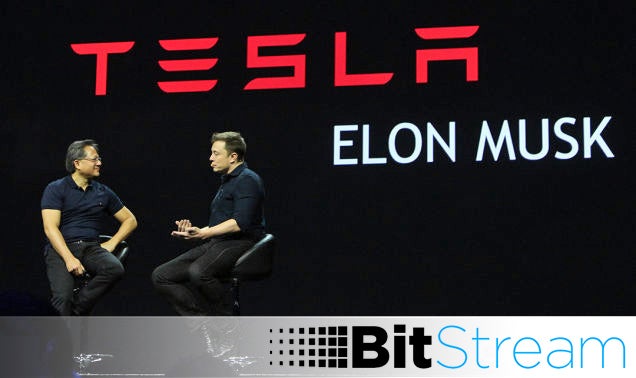 Elon Musk teases some new Tesla tech, Jay-Z wants to change the world (with a music streaming service), and benchmarks lay the rumoured Z4 bare. Welcome to Bitstream, all the news tidbits and rumours you missed in the last 24 hours.


Elon Musk does what he wants. Revolutionise electric automobiles? Check. Jump start the private space industry? Sure, why not. Bring next-generation public transit to the masses. Yep, in the works. So when Musk announces surprisingly on Twitter that Tesla has a new product line, completely separate from cars, people tend to listen.

Major new Tesla product line — not a car — will be unveiled at our Hawthorne Design Studio on Thurs 8pm, April 30

The current front-running rumour is that Tesla will show off a battery that powers homes and businesses. We’re going to say that is most likely the case, but what if it isn’t? Maybe Tesla is going to get into the wearable game (since every other company on the planet is) or maybe we might see Musk: Cologne for Men. Who knows, but one thing is for sure — we’ll have a much better idea come Thursday, April 30.

Got a busted Android or a years-old PC? All traded in for some extra scratch toward your next Apple purchase. [TechCrunch]

Adobe Comp CC lets artists, illustrators and designers create on the go with tools for quick composition and easy export to any creative cloud application. Pretty cool but almost useless unless you’re indoctrinated into the cult of Adobe.

Facebook adds a helpful feature that will let you follow bands and alert you when they post a show near you. Because missing out on your favourite band is the worst of feelings. [TechCrunch]

Jay-Z marched a parade of famous people onto a stage to announce Tidal, and its new lo-fi (in comparison) streaming tier for $US10.

OnePlus’ next smartphone may have a feature called “laser focus fingerprint identification system” embedded in the home button. [Phone Arena]

Windows 10 for phones spotted with transparent tiles so you can finally glimpse the wallpaper that’s always hidden behind. [Windows Central]