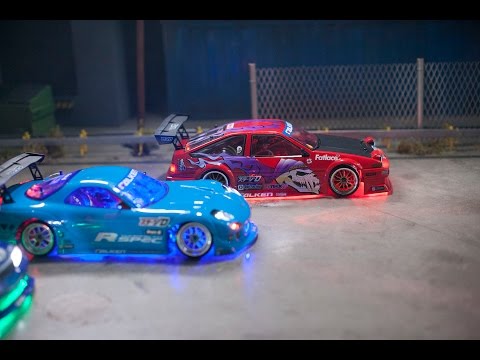 It’s almost impossible to get tired of watching tiny RC cars being skilfully drifted around a scale-model track, but Falken Tires ups the ante with the addition of extensive LED lighting kits on these racers, and some dry ice to help create the illusion there’s actual rubber being burned.

And if you’re curious, the cars being drifted are scale versions of a Mazda RX-7, a Nissan S15 Silvia, a Toyota JZX100 Mark 2 and a Toyota Corolla AE86. [YouTube via Autoblog]