In a way, you can chart that golden era to the lifespan of the SoundCloud desktop app. The app arrived with the launch of Apple's Mac App store in January 2011, a solid six months before Spotify entered the US market. SoundCloud summed up the appeal concisely in its announcement blog post:

The absolute coolest part: it's free.

It was wonderful too. The SoundCloud desktop app was the first thing I downloaded from the new Mac App Store, and it quickly replaced iTunes as my primary music player. Instead of listening to my pirated copy of the new Beach House album, I spent hours streaming gut-wrenching remixes, getting lost in DJ mixes from far off cities, and watching "WOW!" comments pop up in real time when the beat dropped.

I liked controlling everything with my keyboard and hiding the app in a corner while I browsed the web. I liked finding new artists and buying tickets to their shows when they came to town. After discovering them on SoundCloud, I go to see Aeroplane as often as possible. I even recorded some of my own stuff. 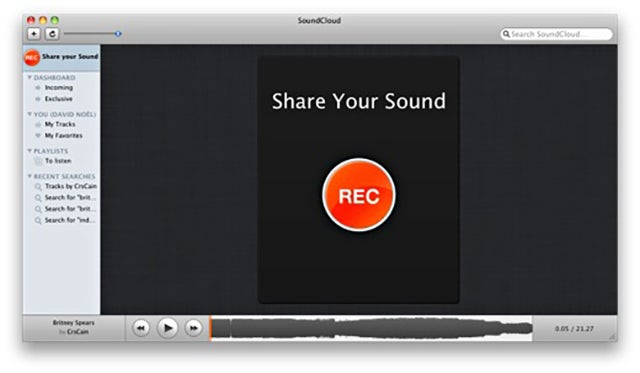 In early 2013, SoundCloud quietly pulled the app "due to resources." Mercifully, SoundCloud offered a Github link to an app close, though it really resembles a clone of the SoundCloud website. The website lacks the fast, easy browsing that I loved about the app. So now I do my desktop listening with Spotify, and I pay for the privilege. Soon, plenty of silly people will be doing it with Tidal, that overpriced new service from Jay Z and his rich friends.

SoundCloud is still free, though that probably won't be the case for long. The Swedish startup recently raised $US60 million at a $US700 million valuation, a sure sign that its slow march into the record industry is nearing completion. This flood of money came just a few months after SoundCloud signed a licensing deal with Warner Music, the first deal the streaming music site ever struck with a major label. This ensured that Warner artists got paid when their music played on SoundCloud. It was also around the time I noticed my own (bad) DJ mixes were getting taken down in the name of copyright. SoundCloud also said it was prepping a paid subscription service at the same time.

Of course SoundCloud wants some of that Spotify money. It's not a charity! And with over 175 million unique listeners a month, SoundCloud is a giant compared to Spotify's 50 million users. And with Tidal's glitzy relaunch — and Apple quietly prepping a new iteration of the Beats-powered streaming service — the music industry's not getting any less competitive. Even YouTube is getting involved.

I guess it's worth admitting that I might not miss SoundCloud's desktop app from 2011 as much as I miss the nascent state of streaming music in 2011. I miss the time when DJs could upload an original mix of a dozen amazing tracks without expecting a DMCA notice the next day. I miss the time when new artists could completely subvert the ageing major label model by putting their tracks in front of listeners without a record industry executive getting involved. You can ostensibly still do that on SoundCloud — until your remember that Warner Music is in on it.

What will be will be. The internet's always been a bit of an ad-supported utopia, and it didn't take corporations too long to realise that they'd make even more money if they owned the content, too. If my precious free app disappears due to lack of resources, I shouldn't be surprised.

Maybe SoundCloud will bring back the desktop app when it launches its paid subscription service. I'll pay for it too. In the meantime, nobody needs to put another dollar in Jay Z's pocket. He's got enough problems.