Aeroplane Cabins Could Be 100X Quieter With These Rubber Mufflers 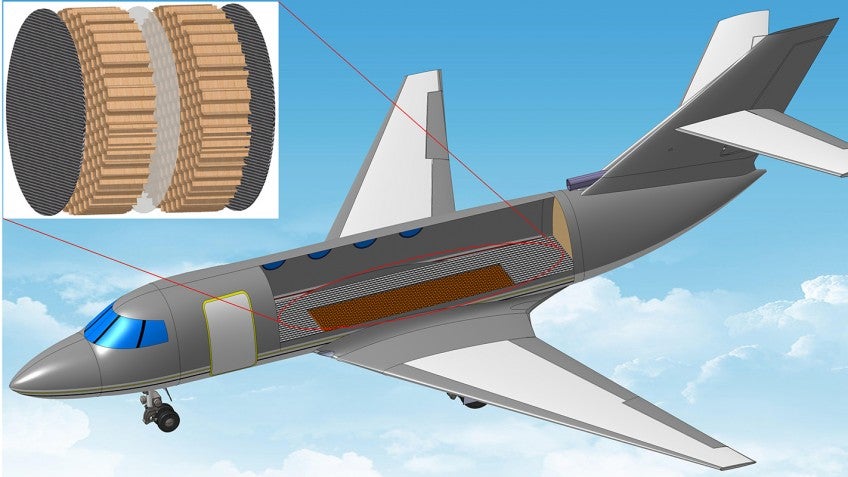 The dull throbbing hum that accompanies you on your jet-setting adventures might be quieted in the near future. Scientists from MIT and North Carolina State University collaborated on a thin rubber membrane that can be installed throughout the body of a plane like acoustical tiles, essentially sound-proofing the interior.

To keep the plane’s weight low, their bodies are formed out of a series of honeycomb-like structures — actually called honeycomb structures — made from materials like carbon fibre. While they’re great for building a lightweight plane, they suck at muffling noise. These ultrathin rubber skins can be stretched over these honeycomb structures to absorb sound without adding much bulk.

The skins, which are essentially like drums, works especially well on the low-frequency buzz that travellers experience on planes, says mechanical engineer and study author Yun Jing. “At low frequencies — sounds below 500 Hertz — the honeycomb panel with the membrane blocks 100 to 1000 times more sound energy than the panel without a membrane.”

While a quieter flight might be a dream come true for aircraft passengers, the study also notes that the same membranes could be used for any airborne cabin, like helicopters, for example.