5 years ago -
Filed to:beckman institute for advanced science and technology 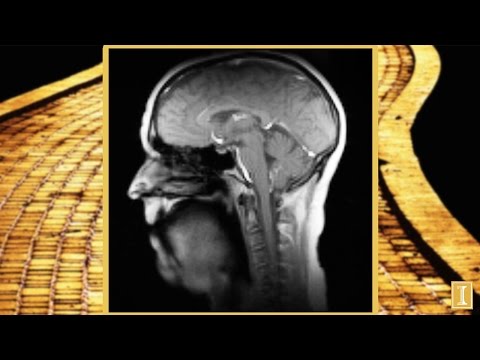 It’s a remarkable technology capable of looking inside a human being, but magnetic resonance imaging — or MRI — machines are finicky and require a patient to remain absolutely still while it does its thing. But researchers at the University of Illinois have found a way to capture up to 100 frames per second on an MRI machine allowing them to record patients in motion.

The need for a faster MRI technique arose when a faculty member at the University of Illinois’ Beckman Institute for Advanced Science and Technology wanted to study how the muscles of the larynx worked in elderly patients while singing, in an attempt to help give them more powerful and pronounced voices. The problem with using MRI machines was that they could only capture images at around ten frames per second which was far too slow to study what was going on with the 100 or so muscles required to sing.

So Zhi-Pei Liang, an electrical and computer engineering professor at the institute, worked with his team to develop a new methodology to extract more frames from an MRI machine — which is a far cheaper solution than trying to rebuild and redesign one of the incredibly expensive devices from the ground up. Here’s how the new technique they came up with is described in an issue of Magnetic Resonance in Medicine:

An imaging method is developed to enable high-speed dynamic speech imaging exploiting low-rank and sparsity of the dynamic images of articulatory motion during speech. The proposed method includes: (a) a novel data acquisition strategy that collects spiral navigators with high temporal frame rate and (b) an image reconstruction method that derives temporal subspaces from navigators and reconstructs high-resolution images from sparsely sampled data with joint low-rank and sparsity constraints.

It sounds complex, but what Zhi-Pei Liang and his team essentially did was find a way to generate additional frames from the image data the MRI machine was already capturing. By focusing on smaller regions of the overall image they were able to capture motion data at higher frame rates. And then using that data they were able to reconstruct additional in-between images which boosted the frame rate significantly.

And if you’re familiar with how MRI machines work, you know they generate an incredibly intense magnetic field which is strong enough to suck metal office chairs into the chamber. They’re also very, very loud. So to record the patient in the above video singing If I Only Had a Brain, the researchers actually had to use a noise-cancelling fibre-optic microphone and sync the audio to the footage afterwards. [YouTube via Mental Floss]