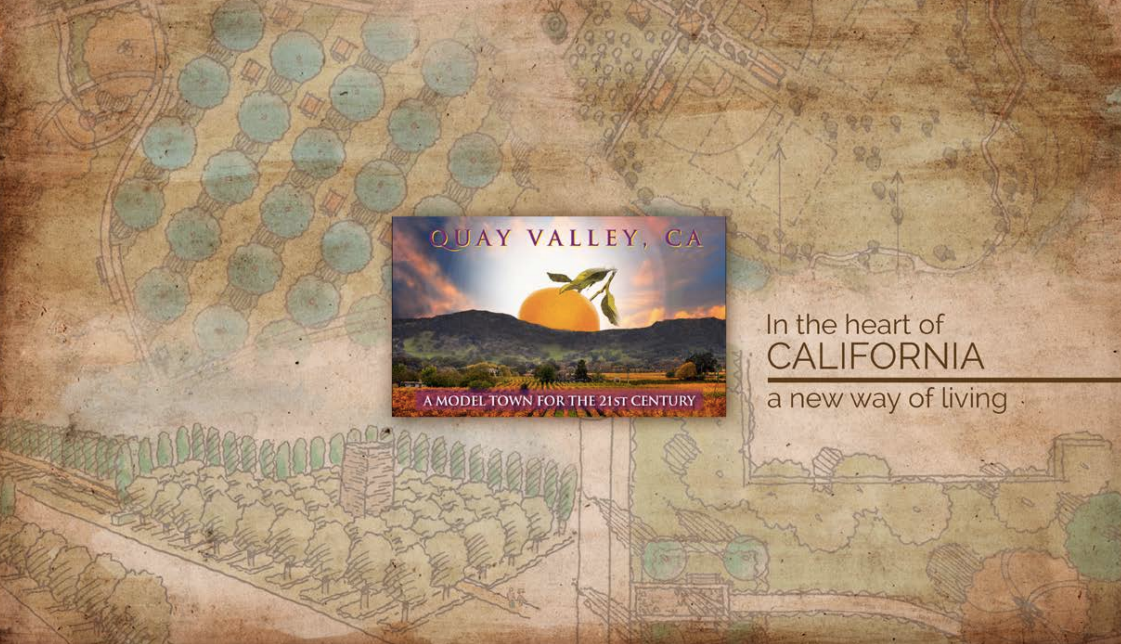 What do cities look like in the world of Hyperloop transit? Will supersonic travel turn our cities into vast, intermodal suburbs? And what about the edge towns that once bled into the country, fed by car travel — will they empty out and decay, eliminated by a new form of transportation that bypasses them?

Oddly enough, the first test of Elon Musk's open source design may be built in a planned village that looks more like a vision of 1950s suburbia. It's called Quay Valley, and it's a "21st century model town" planned on a 7500-acre piece of empty land between LA and San Francisco. It's the place where Hyperloop Transportation Technologies — the group of engineers who set out to build a Hyperloop last year — has chosen to build a $US100 million mockup of the project, eventually to run between the two cities.

"The air is cleaner, the water is purer, the people are healthier, life is more abundant and residents are enriched by the culture," says Quay Valley's sale material [PDF]. There will be tree-lined streets, organic farms, even a village green. There will be three themed resort hotels (the project is advised by two former Disney execs) and several million square feet of boutique retail and commercial space. It will sit directly alongside Interstate 5, the freeway that runs between San Francisco and LA, and be populated by long-distance commuters from each city. It will be a solar town where no homeowner ever pays an electricity bill.

And residents will park nearby and take the Hyperloop around town.

Quay Valley is named after its developer, a serial entrepreneur called Quay Hays, who told me on Friday that his plan for the city of the future is the result of years of research and discussions with power companies, home builders, and other specialists.

"When we first started the project, we would say we want to take this approach of being sustainable and peoples' eyes would glaze over," he says. "But everything's changed now, and people understand the nature of disruption." 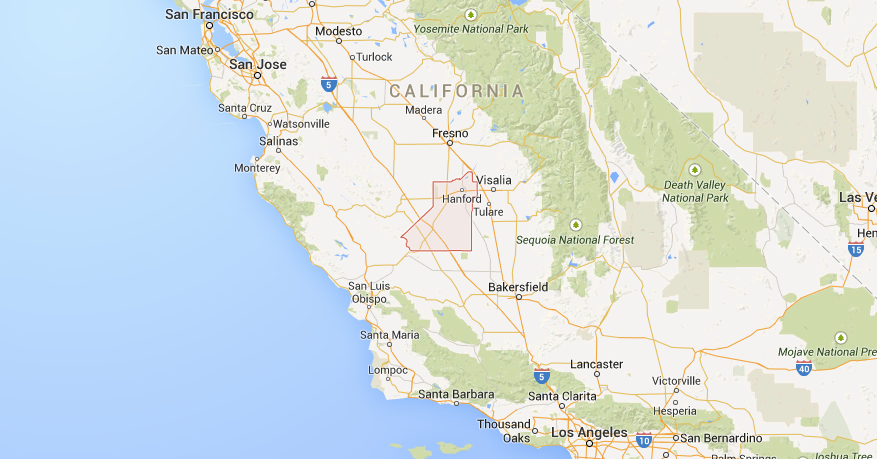 Kings County, California, the county where Quay Valley is proposed.

Quay Valley has actually been planned for eight years, delayed both by the economic downturn and a long legal battle over water rights, from which Quay recently emerged victorious with a $US128.6 million settlement. Back before the crash, the development had less of a "ecotopia" bent and more of a sports entertainment focus: There were once plans for a motor speedway and a boat racing lagoon, according to SF Gate, which published a story about Hays' past in the movie industry and publishing world back in 2007, just before the project was put on hold.

Post-crash, the car racing and boating have been replaced with a sustainable features, like solar power and rainwater collection. Quay Valley's sales material tips its hat to "new ruralism," an idea in which urban planning is based around local agricultural production and natural resources.

"I consider anything we're doing futuristic, I just consider it current," Hays told me, saying that the building is scheduled to start in 2016. This month, Hays restarted the process of re-zoning its "grazing land" to allow residential development, the first step in the process of getting the development off the ground. 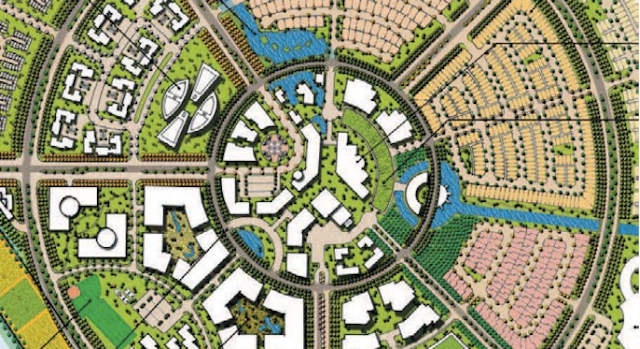 Not everyone is happy about another ground-up development in a part of the world where water is already badly needed and sprawl is creeping. Speaking to the Bee, the former city manager of Fresno called the project "insanity," saying "I don't think it makes any sense from a land-use standpoint to have new cities popping up that aren't connected to city infrastructure."

Quay Valley says that it will use high-tech sustainable infrastructure, like water reclamation and solar power, to exist without putting further strain on the grid or the environment. 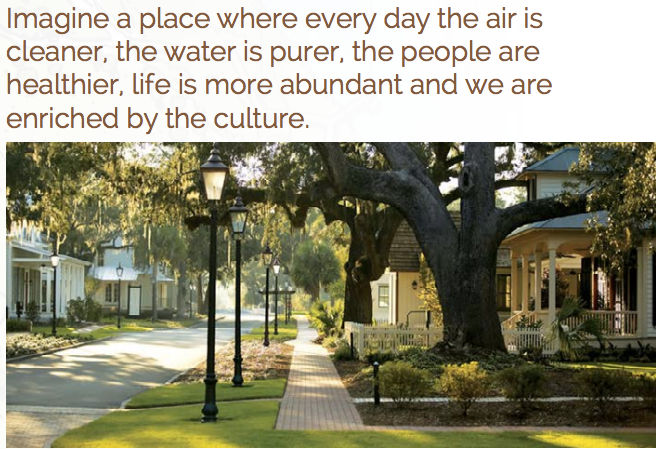 Hopping on the Hyperloop

My biggest question for Hays was whether residents of Quay Valley could actually use the Hyperloop as transit around town. After all, a big, fast, noisy pneumatic catapult is designed for launching people at 600 miles per hour between cities, not between bus stops. But yes, Hays says, the track will be used as an alternative to driving — residents and visitors will park and then take the Hyperloop around the city. 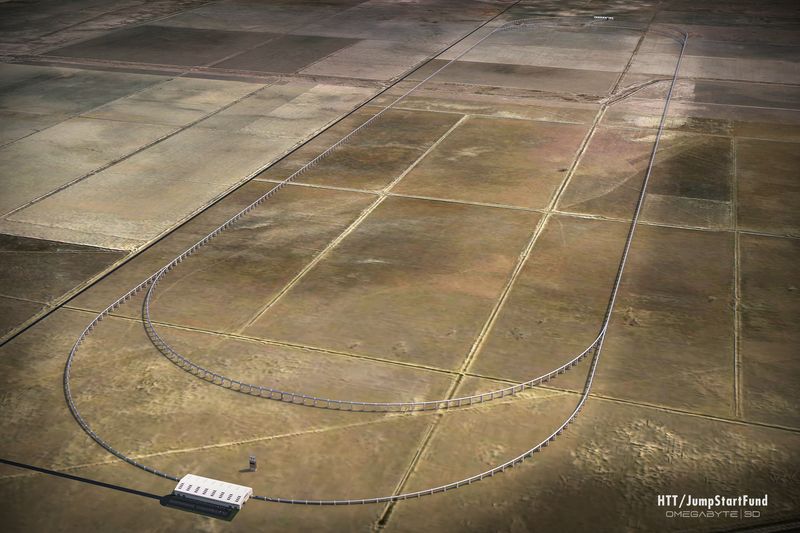 "To study it, you really need to know how people get on it, off it, how it can be used," he says. "So this is the ultimate test." I reached out to HTT and its founder Dirk Ahlborn on Facebook for more information about the logistics of using a hyperloop for public transit around a small region, but haven't heard back yet. But in an official press release about the deal between the two ventures, Ahlborn seemed to confirm that the hyperloop will be used as transit for paying customers, saying, "this installation will allow us to demonstrate all systems on a full scale and immediately begin generating revenues for our shareholders through actual operations."

The future HTT seems to envision isn't just a binary connection between two cities — it's a series of connections between multiple hyperloops that connect cities with suburbs, too. In a Forbes article from December, Ahlborn described this intermodal edit of Musk's vision:

Ahlborn isn't content, though, to just connect the cities themselves. "If I need to drive 2 hours to get to the hyperloop, I'm not going to use it," he says. So his group envisioned a series of smaller loops that would operate more slowly but connect to the larger ones... The small footprint of the hyperloop design means it can be built nearly anywhere there's an existing freeway or rail right of way.

So we have a symbiotic relationship: For HTT, the Quay Valley test track is a way to test its idea of smaller hyperloop rings that could eventually connect to a bigger loop that runs along I-5. For Quay Valley and Hays, the test track is a wildly futuristic attraction that adds to the planned community's list of features and bolsters is promise of bringing jobs to the county.

But more than anything else, the biggest question is whether either project will ever cinch the funding it needs to get it off the ground. At $US100 million for the test track and more than that still for Quay Valley, each will be a massive undertaking. 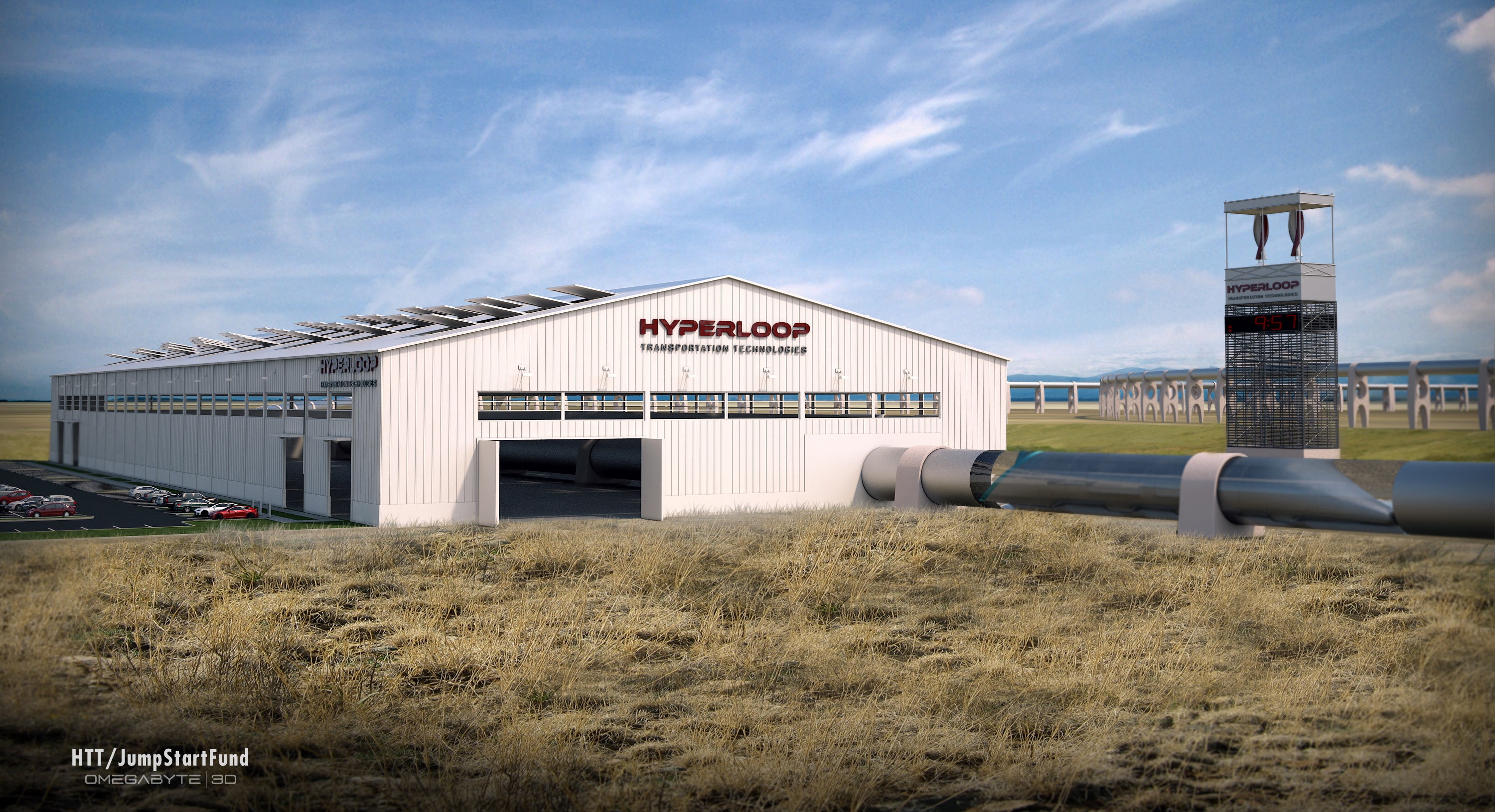 Which brings us to what makes any of this — real or bluster — so interesting: It follows a narrative pulled from the world of consumer technology, rather than conventional urban planning. Quay Valley isn't really a place with people yet. Right now, it's a collection of technologies that residents will use.

The Hyperloop is one of those features, and in it a way, it follows the same pattern: A brilliant bit of engineering introduced with a secret launch and a media firestorm, up for development by anyone who could afford to build it. It is a piece of technology that could change cities and places forever, but the implications of such a shift have barely been mentioned. It's city-scale vapourware. That's not to say either plan is destined to fail, but rather, that both are products that could be developed anywhere. They are concepts, renderings, releases which frame the drastic way in which they will alter cities and landscapes as a theoretical bridge to be crossed.

In the future, even cities are gadgets. 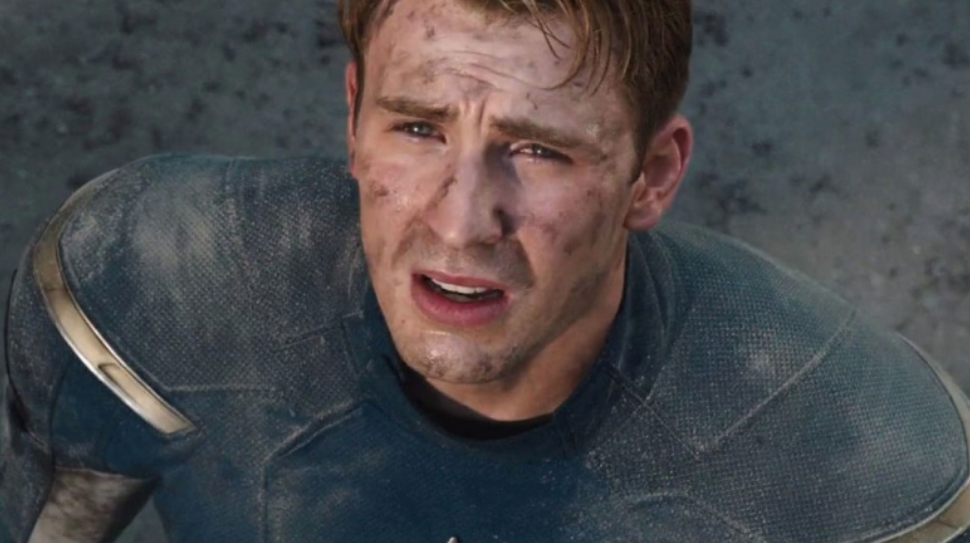