This Electric Skateboard Has Motors Inside Its Wheels 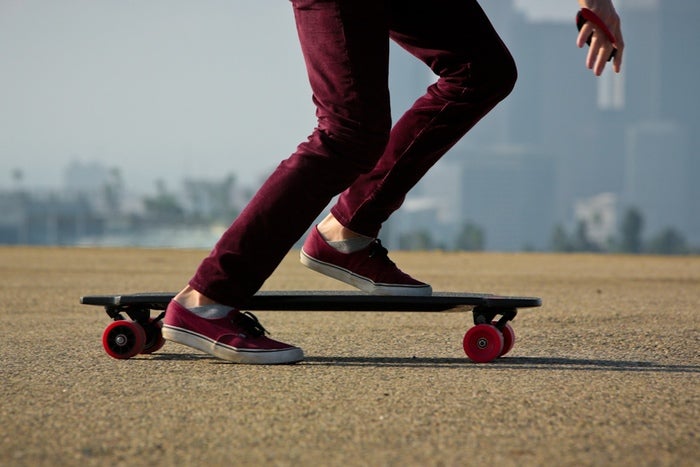 I've ridden more than a few electric skateboards in my time, but they all have the same problems: they all feel too electric and not enough skateboard. They're often too thick to accommodate batteries and motors, and too heavy to push if the battery dies. Can't we do better? Inboard Sports thinks so: it's building an electric skateboard with motors inside of its wheels.

Apparently, wheel-housed motors solve a lot of the problems I have with electric skateboards. Inboard Sports says its Monolith Skateboard's "Manta Drive Technology" eliminates the need for a bulky belt-driven motor, freeing up space and weight on the bottom of the board. The motor assembly also floats on free-spinning bearings, eliminating friction and allowing the board to coast at top speeds — which means that you should be able to push-drive the deck with just your legs when your battery dies. Neat. 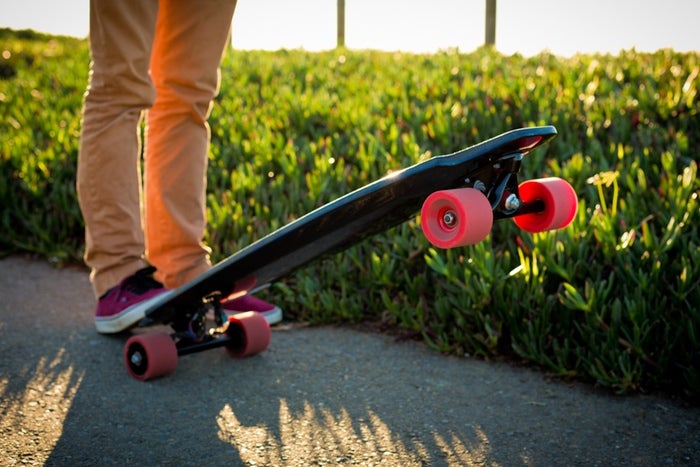 Inboard Sports says it's also the first electric skateboard with a swappable battery — each one will carry you 10 miles at 24mph. Less if you make use of the deck's embedded USB port to charge your phone. Yes, that's just as weird as it sounds, and no, I'm not joking.

The firm's Kickstarter has already breached its $US100,000 goal, and still has three weeks to collect backers. It's a neat idea, but no less expensive than other electric rideables: the lowest priced backer reward to come with Monolith starts at $US1100. [Kickstarter]