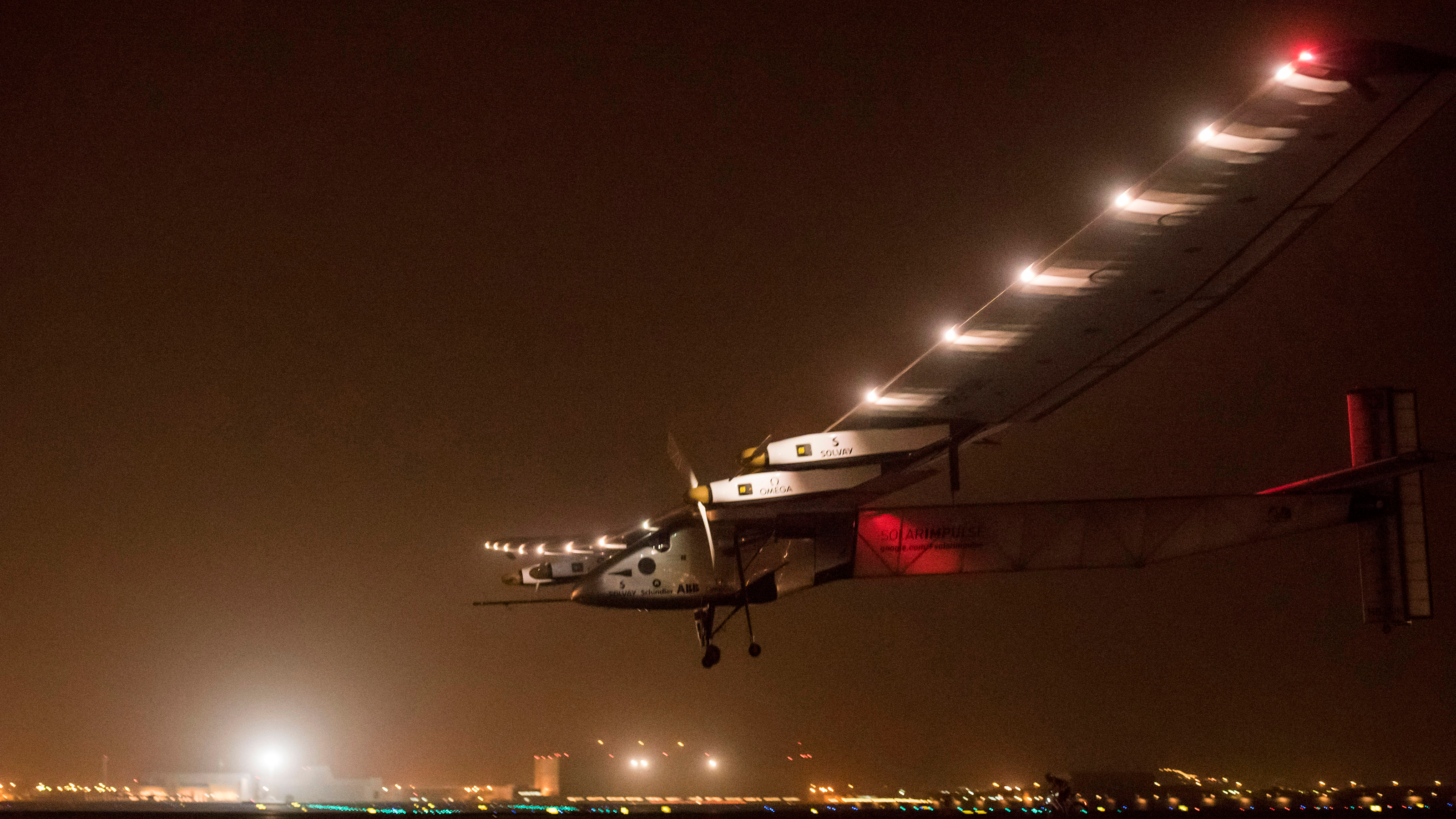 The Solar Impulse plane took off on its mission to fly around the world without using any fuel on Monday morning, and it's already breaking records. As part of the journey from Oman to India, it flew the longest ever distance for a solar powered plane going point-to-point.

The plane took off from Muscat, Oman at 0235, landing in Ahmedabad 13 hours and 20 minutes later. That's a journey of 1468km, which pilot Bertrand Piccard (son of another famous explorer, but no, not that Picard) flew at about 185km/h for the majority of the flight, cruising at around 8500m.

The plane will continue on its around-the-world trip with a series of point-to-point for the next five months, hopefully finishing back in Abu Dhabi. You can (and should) follow along on the Solar Impulse website — there's all manner of live tracking, overlaying the plane on satellite imagery, as well as a complete logbook, live tracking of the plane's battery systems and telemetry data. You can even see if the pilot remembered to eat lunch. [Solar Impulse]