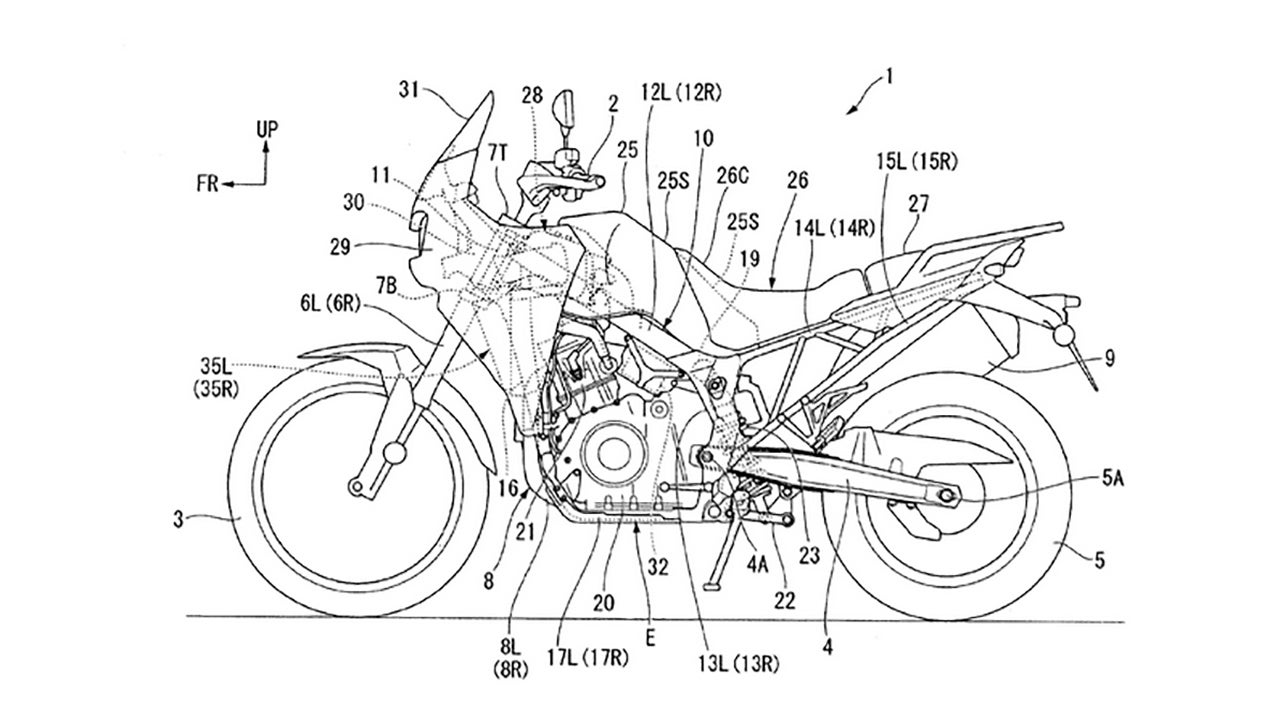 Are you as excited for the 2016 Honda Africa Twin as we are? Real dirt performance in a light, affordable, reliable package. Now, we can see nearly the entire thing in this new patent filing.

Thanks to an inside source at Honda, we've had an inside line on the Africa Twin for a while now. We were the first to reveal its novel outside-the-frame airbox, along with specs like its 1000cc parallel-twin, dual-clutch transmission and 200kg wet weight.

What's new in this patent image is our first real look under the bodywork, revealing the final arrangement of that airbox, its relation to the fuel tank and frame and even what the final, disappointingly bulky rear mud guard will look like.

The whole idea with the airbox is to free up room for a decent-size fuel tank, allow that to carry its weight as far-forward as possible and to do all that while giving the bike slim, dirt bike-like proportions the rider will be able to easily grip with their legs.

Here, you can see that mounted behind the fairing and outside the frame, complete with its forward-facing air intake and its route to the engine over the frame and under the front of the tank.

Compared to, say, the class defining BMW R 1200 GS Adventure, the Africa Twin promises to be around 60kg lighter, and will feature ergonomics more akin to a real dirt bike than a large tourer. Those allow the rider to shift their weight towards the front or rear during athletic riding. You should be able to rail this thing around a banked turn like a motocross bike.