Giz Explains Rabies: Everything You Never Wanted To Know

So far as awful ways to die go, being attacked by a rabid animal then dying a slow, painful death must rank near the top. And exactly that happens to 55,000 people every year. Here's how you (or your dog) can get rabies, what it does to your body as it kills you and what you can do to ensure neither of you gets it.

"Rabies is a neglected zoonotic disease (a disease that is transmitted from animals to humans), caused by the rabies virus of the genus Lyssavirus. With the exception of Antarctica, the disease is endemic on all continents. The highest case incidence occurs in Asia and Africa, where rabies potentially threatens over 3 billion people.

Rabies is a 100% vaccine-preventable disease. However, despite the availability of tools to manage the disease, rabies prevails to cause tens of thousands of deaths every year. The disease disproportionately affects poor, low-resource communities, particularly children with 4 out of every 10 human deaths by rabies occurring in children younger than 15 years."

What's It Do To You?

The first symptoms can be similar to the flu: general weakness or discomfort, fever and headache. You may also experience soreness, burning or itching around the source of infection; you know, the gaping animal wound on your arm. The WHO says that the incubation period can be as short as under a week or longer than one year, but it typically one to three months.

After that time, symptoms will progress to cerebral dysfunction as it begins to eat away at your brain. According to the CDC, this is experienced through, "…anxiety, confusion, agitation," progressing to, "…delirium, abnormal behaviour, hallucinations, and insomnia."

Warning: Do not watch this video if you're easily disturbed. Here, a rabies patient demonstrates aero and hydrophobias. Yes, this is real shit.

The diseases expresses itself in two forms: Furious Rabies (70% of human cases) causes hyper, excited behaviour, a strong fear of water and sometimes a strong fear of flying. This will eventually result in death by cardio-respiratory arrest. Paralytic Rabies (30%) is a little less exciting and takes longer to kill you. With it, your muscles gradually paralyze, beginning at the source of the infection and spreading outwards.

The same two forms occur if your dog is infected. But it's obviously Furious Rabies, with its extreme aggression, that most strongly characterises the disease.

"Rabies kills by compromising the brain's ability to regulate breathing, salivation and heartbeat; ultimately, victims drown in their own spit or blood, or cannot breathe because of muscle spasms in their diaphragms. One fifth die from fatal heart arrhythmia." 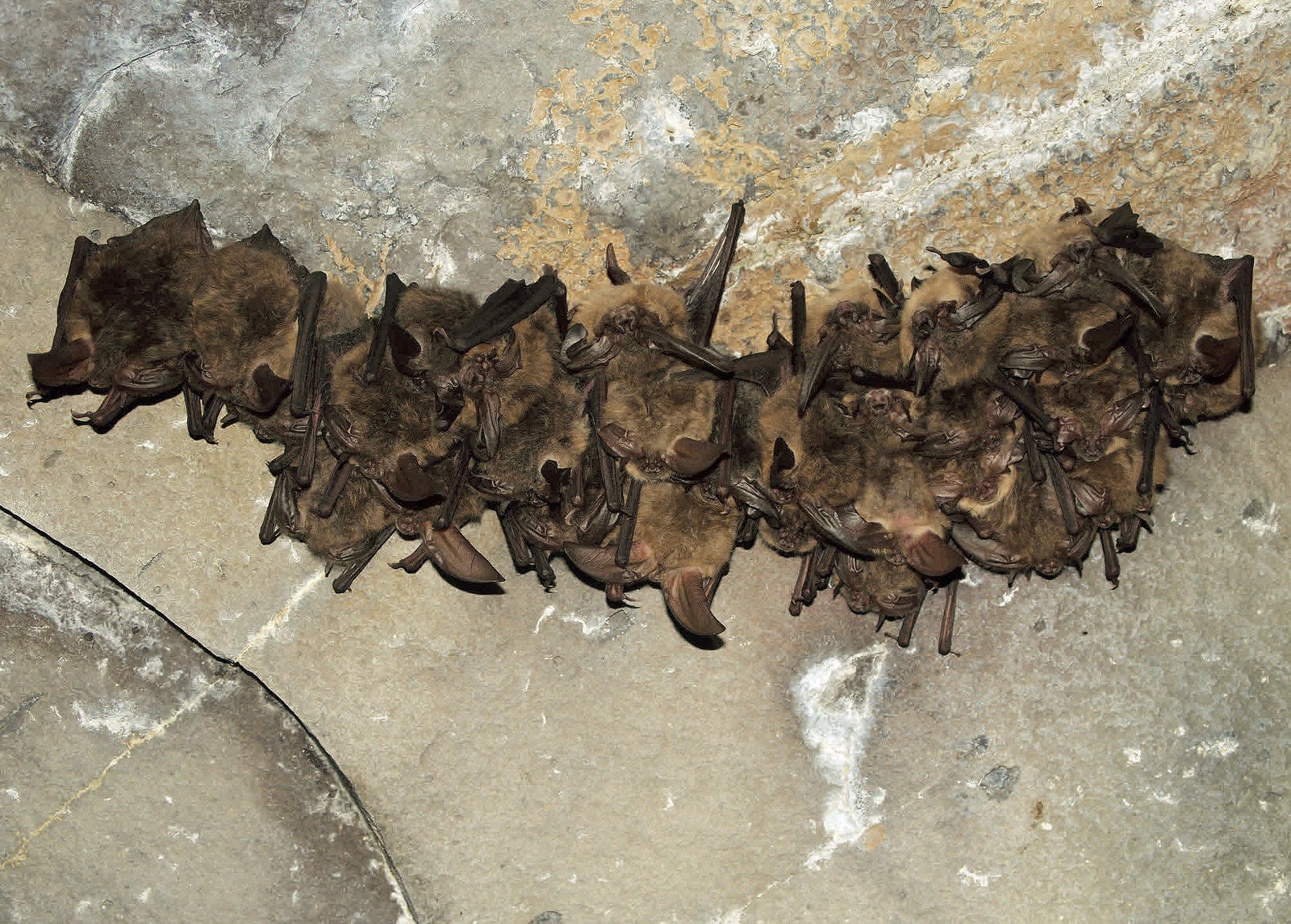 "A bat recently removed from an area along the Colorado River within Grand Canyon National Park has tested positive for rabies. All visitors to Grand Canyon, including those who are recreating in the backcountry and on the Colorado River, are reminded to be aware of their surroundings and be alert to potential interactions with bats or other wild animals." — The National Park Service

How Do You Get It?

The virus replicates in the animal carrying it and is retained in their salivary glands. So you get it through saliva transmission to your blood or mucus membranes or by swallowing infected saliva. So maybe think twice before making it with any bats.

According to the WHO, "Human-to-human transmission by bite is theoretically possible but has never been confirmed."

This is very, very rare, but the virus can also be spread human-to-human in aerosol form (a sneeze), through organ transplants and by eating the meat of an infected animal. Which is just one more reason why eating bush meat is a terrible idea.

Bats are, by far, the most common source of the disease in North and South America and those guys are becoming a problem in Europe and Australia too. In Asia and Africa, dogs cause most infections. Rabies can also be spread by other wild carnivores like racoons, weasels, foxes, skunks and the like.

Never approach or attempt to handle a wild animal, unless you know what you're doing and are wearing protective equipment. The same goes for the carcasses of animals who have died through unknown causes. Just call animal control.

If a wild animal allows you to approach it, there's is something gravely wrong with that animal, something like rabies.

How Is It Treated?

Rabies is 100 per cent preventable by vaccine, for both your dog and you. If you do contract the disease and reach the point where symptoms exhibit themselves, it's virtually certain that you or your dog will die.

Fortunately, a potent administration of the vaccine immediately following potential exposure and before symptoms appear can stop the disease in its tracks. If you believe you may have been exposed, it's vital to seek medical attention immediately.

It's also recommended that you immediately and thoroughly flush and wash any animal bite with soap and water for at least 15 minutes. Iodine and anything else that may kill the virus can also help during that period. 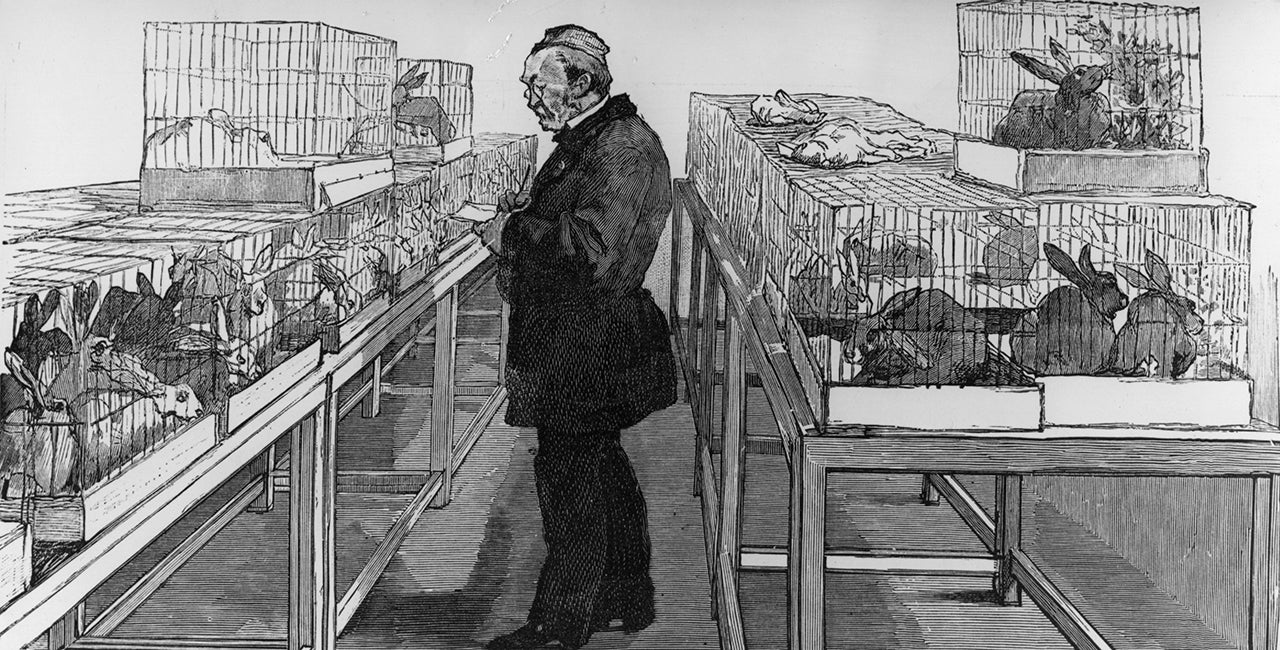 Louis Pasteur discovered the principal of vaccination while studying rabies in the 1880s.

Are There Side Effects To Vaccinating Your Dog?

Just like vaccines for children, there's a group of people out there that believe rabies vaccines for dogs may be associated with everything from autoimmune diseases, digestive problems, skin diseases to even behavioural issues. Proponents of this thinking argue that rabies is now so rare in North America — less than five reported cases in humans each year — that we no longer need to vaccinate our dogs.

Well, look where that's gotten us with human children and measles. A disease which was once virtually eliminated is now making a return because some people stopped vaccinating for it. Sound familiar? The reason rabies is now so rare is due to our effective and ongoing vaccination program.

Wiley is vaccinated against rabies and, because I travel to places where rabies is a real issue, I will be soon too. The astronomically remote odds that either of us may experience some adverse reaction to vaccines is far outweighed by the real risk we run with rabies and the horrible, horrible consequences contracting it brings for both of us.

What Should I Do If I Think I, My Family Or My Dog Has Been Exposed?

You can be exposed to rabies without the prototypical bite from a dog who's foaming at the mouth. The primary animal-to-human vector is bats, who could potentially bite you or a family member in your sleep, without you realising it. If you are bitten by a bat or simply wake to find one in your room or tent, move to a safe area, search for bite marks, clean them thoroughly as described above and seek medical attention.

If it's possible to safely catch and cage or kill the animal that bit you, then do so and take it with you to the hospital or vet. In doing so, do not destroy the brain if it's possible and safe to avoid it. They will want to test the brain matter for the disease.

Regardless, if you're bitten by any animal, you should alert animal control. Particularly if that animal is found to carry the disease. They will want to take steps to quarantine the area and/or eliminate an animal population that's infected with the disease.

Rabies is incredibly rare in the developed world. As stated above, there's less than five cases of it in humans in the US each year. So, instances of the disease encountering western medicine and being prioritised by it are just as rare. But, in recent years, the two have encountered it with surprisingly positive results.

Experimental new techniques involve putting patients into an induced-coma, allowing the immune system to attack the disease before it reaches the brain. As of 2012, 41 attempts with this method around the world have resulted in five survivors.

Here in America, beyond getting your pets vaccinated every three years, you don't ever really need think about rabies. But this potentially effective "cure" for an otherwise fatal infection could prevent horrible deaths for tens of thousands of people in Asia and Africa.