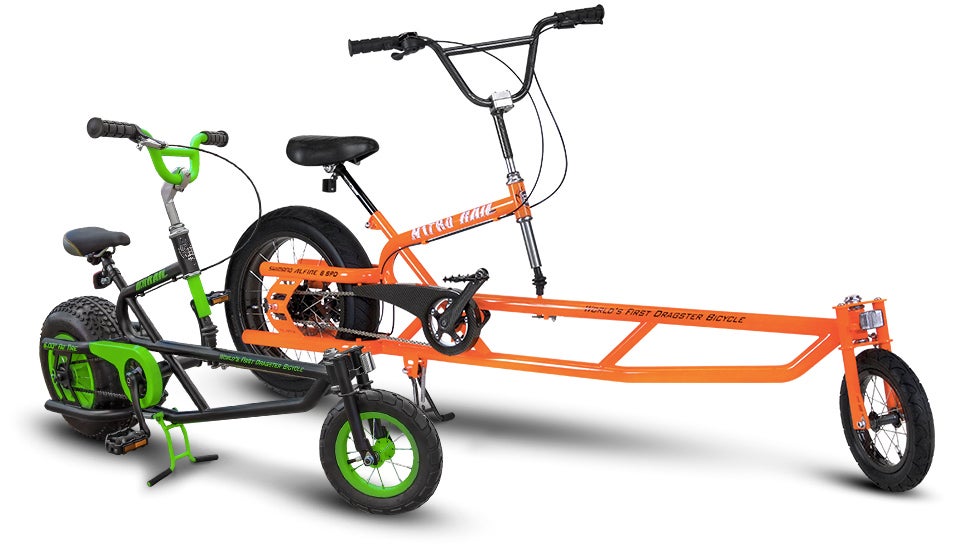 Getting your first bike means two things: you're free to explore your neighbourhood farther than you ever could, and you can finally prove which of your friends is indeed fastest — a coveted honour when you're six years old. So if it's speed on two wheels you're after, what could possibly be faster than a dragster bicycle? 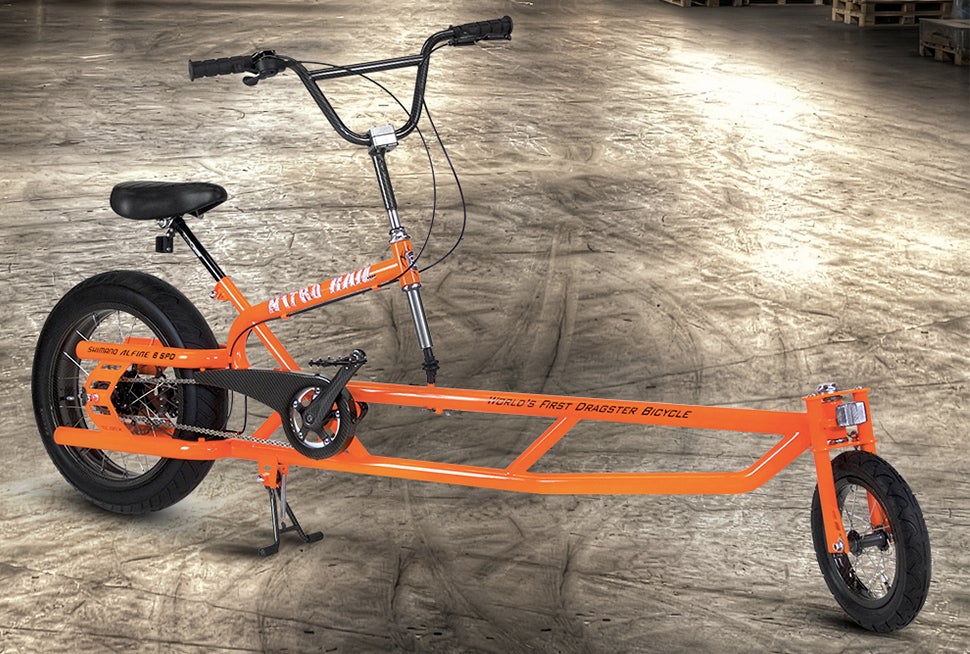 It's not uncommon to see a bike that's been stretched to the extreme, but they're usually outfitted with a large basket and are engineered for hauling cargo. The Nitro Rail bikes, available in two sizes for older and younger kids, are instead all about speed — or at least the appearance of it. The bikes are still steered using their handlebars, but the front tyres are considerably smaller for less drag, and because it just looks cool. 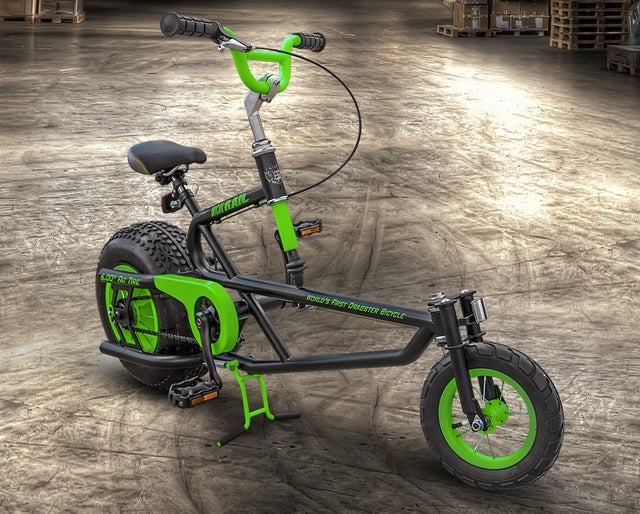 On the back wheel you'll find genuine disc brakes for stopping on a dime, and both the larger $US1000 version, and the smaller $US400 version, have a fun frame design that makes it look like they have genuine exhaust pipes sticking out the back. Because when your ride is half-powered by imagination, every tiny advantage helps when you're trying to get off the line as fast as possible. [Nitro Rail via Fancy]