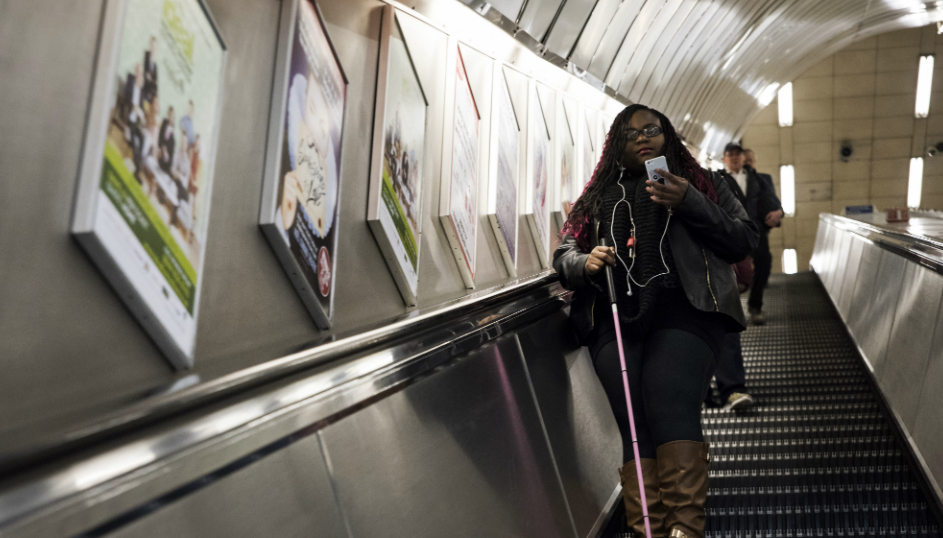 A new smartphone app and Bluetooth beacon system is currently being trialled at Pimlico Station on the London Underground, and could revolutionise the way blind and partially sighted people navigate the capital's Tube system.

Born from the Royal London Society for Blind People's Youth Forum, the Wayfindr system offers independence to those that would otherwise require assistance to get around the public transport hubs.

It makes use of signals transmitted by Bluetooth beacons, which are then picked up by a smartphone and cross referenced with ustwo's indoor positioning instructions. Paired with a set of bone conduction earphones, the user can then be fed navigation and direction instructions, without missing out on the vital ambient sounds at the station.

Following a month long trial, Wayfindr's ultimate goal is to have the system standardised and installed across the entire Transport for London network. [RLSB]