Garbage in the ocean is a big problem, but we never really knew how big. A study published today in Science drops a rough but still astounding estimate: eight million tonnes per year, 20 to 2000 times what we originally thought.

Up until now, our numbers for how much plastic ends up in the ocean were all over the place. For example, a standard estimate that 0.1 per cent of all plastic makes it into the open waters comes from a National Academy of Sciences report way back in the 1970s.

This new Science study is a still a rough estimate, so it’s important to understand how the researchers arrived at eight million tonnes. Using World Bank data, the team calculated how much plastic waste was being generated along a 50km coastal strip in 192 countries along the oceans. Then, they built a statistical model estimating the level of waste mismanagement in each country based on their economic status and region of the world. (The statistic model extrapolated from 80 countries for which waste management data was available.) As one final touch, they factored in a littering rate of 2 per cent for everyone.

The most important number is the global one, but the study also includes a country by country breakdown. It’s no surprise that developing countries with fast-growing economies are at the top of the list. 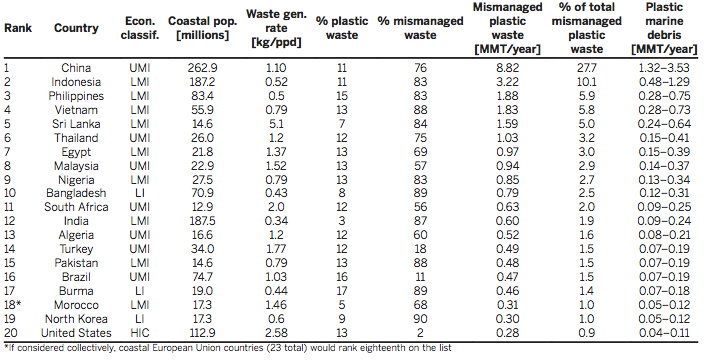 Last year, scientists
sailed around the world looking for ocean plastic, only to find one per cent of what they expected. Ninety-nine per cent of ocean plastic was missing. Keep in mind, that is 99 per cent by 1970s estimates. By this new estimate, it would be closer to 99.9 per cent. So where has it gone?

You’ve probably heard of the Great Pacific Garbage Patch, which is a swirling gyre of tiny pieces of plastic. It now appears that the vast majority of plastic has either sunken to the bottom of the ocean or is floating somewhere in the water column beneath the surface. We’re only just beginning to understand the depth of our ocean plastic problem. [Science] 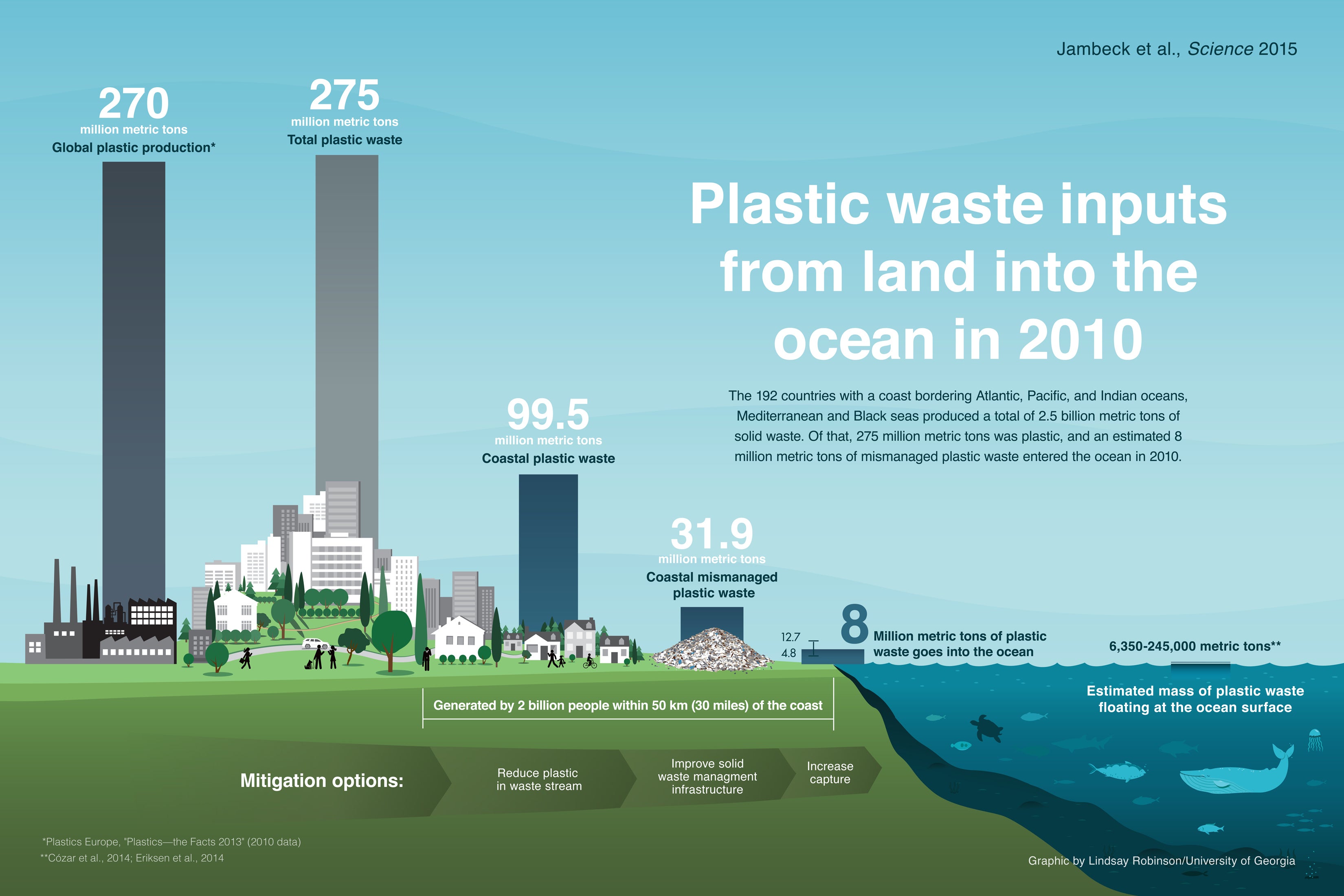