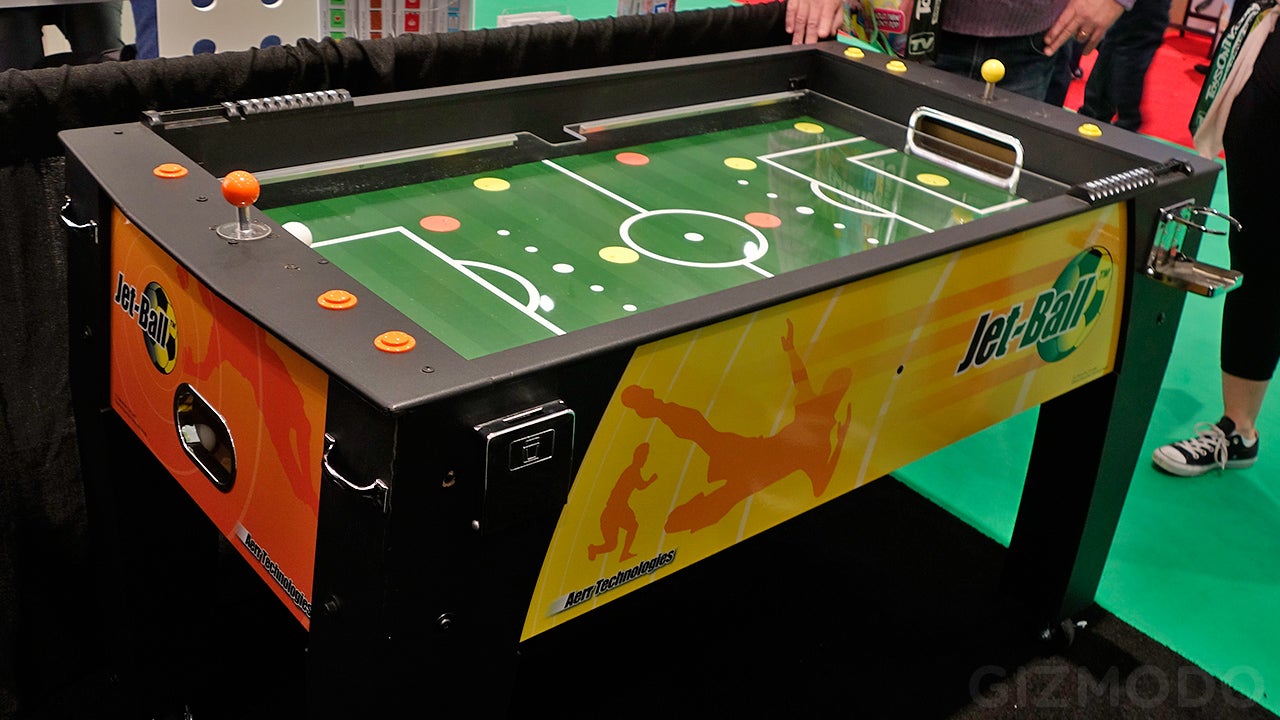 If the only strategy you ever really developed for Foosball involved wildly spinning your players until the ball somehow appeared in your opponent’s goal, Jet-Ball might be more up your alley. Those spindled soccer players have been replaced with a series of directional vents on the playing surface, and to move the ball around you trigger strong blasts of air using a joystick and arcade-style buttons. 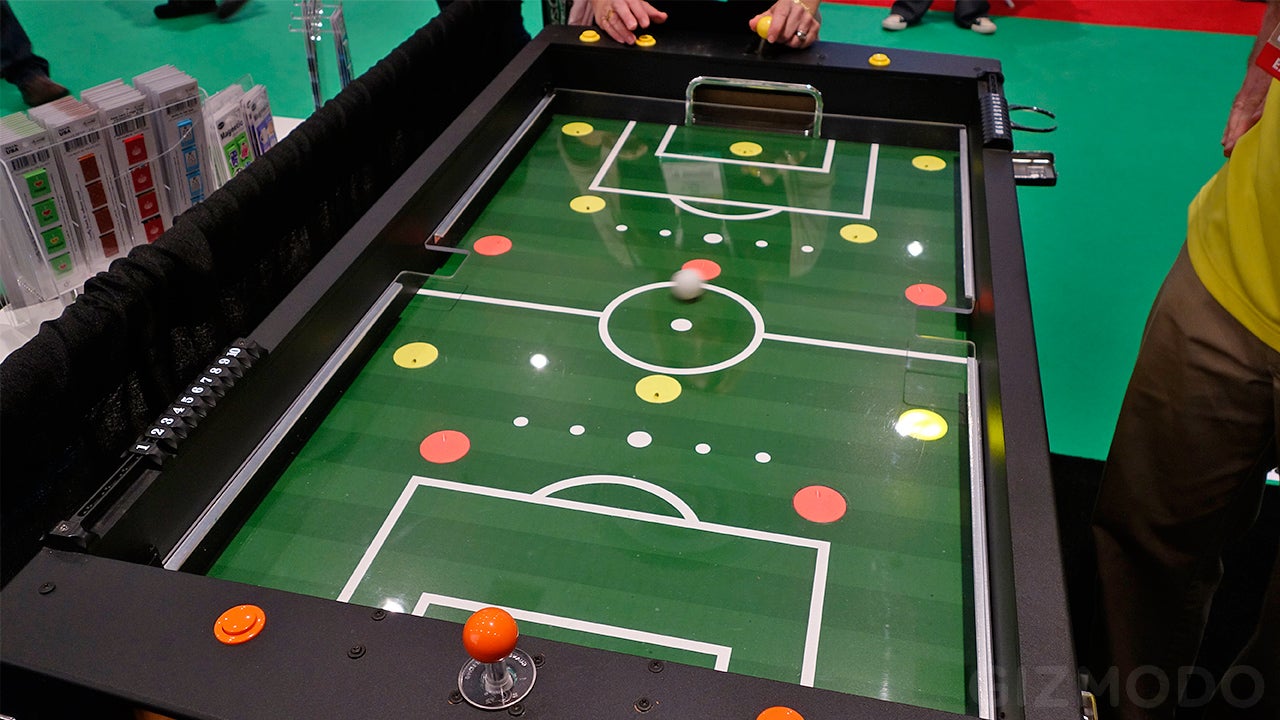 Learning how to play Jet-Ball doesn’t take long. The joystick each player has is used to select and highlight one of the vents on the field, while the arcade buttons trigger a powerful blast of air. Just like with Foosball you can develop passing strategies to move a ball down the field from vent to vent, but the game moves incredibly fast and it can take a few matches to get comfortable with using the joystick to quickly select the vent you want.

The stock version of the Jet-Ball table sells for $US1400, but it can be accessorised with custom graphics for offices or arcades for an extra $US500. It assumes you already have an air compressor kicking around your garage, which is used to continuously refill an air reservoir every few minutes. But if you don’t, you can also buy the table with an ultra-quiet compressor built-in for an additional $US350. And based on the incessant hissing sound coming from the game at Toy Fair this past weekend, that’s probably a worthwhile upgrade. [Aerr-Technologies] 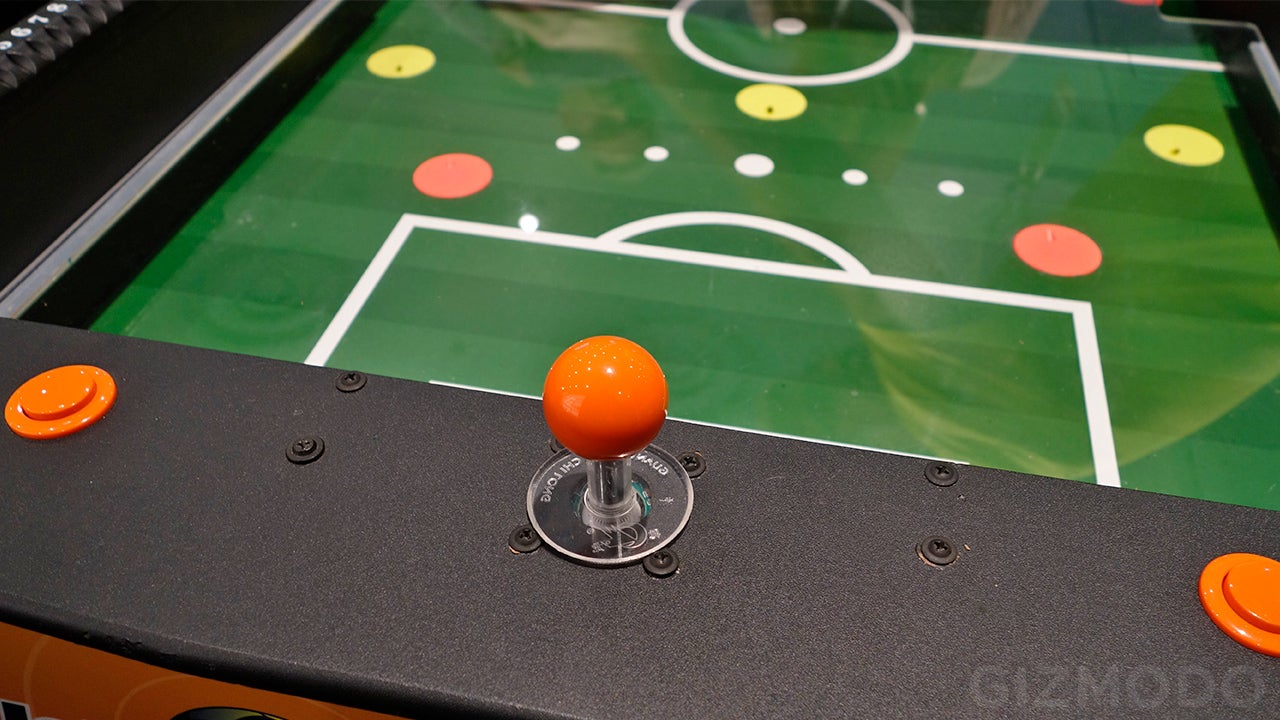 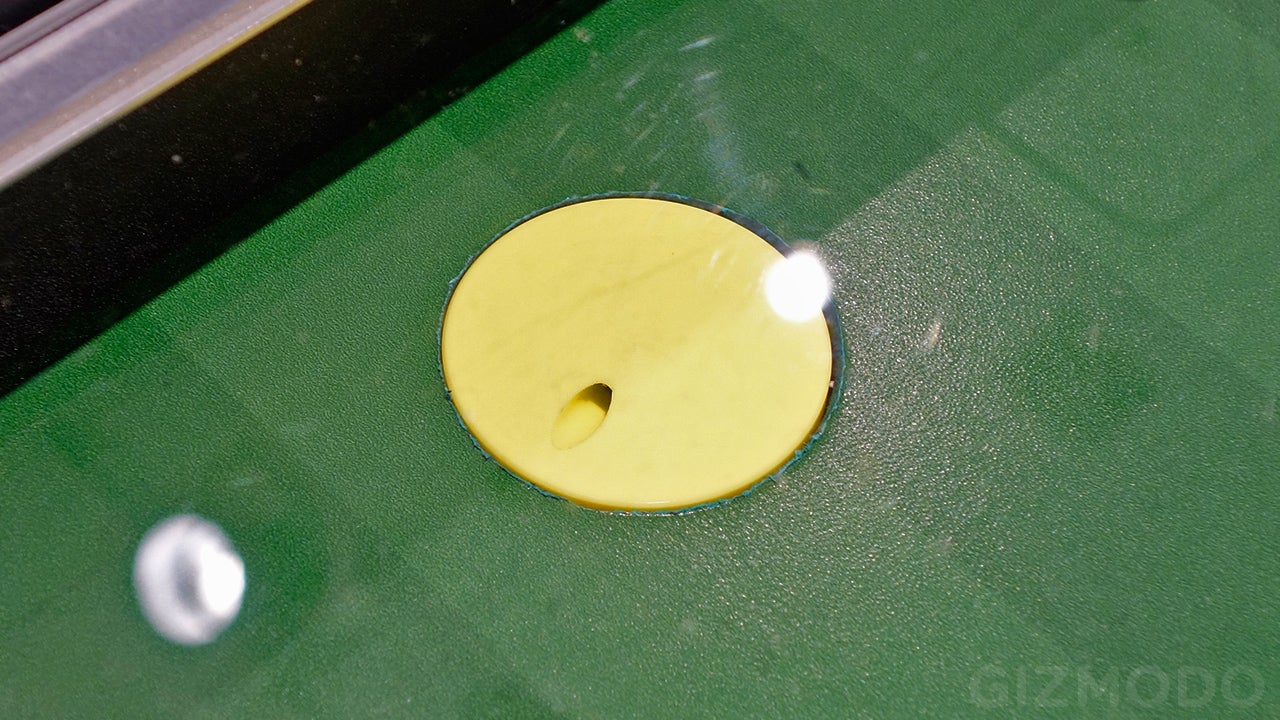