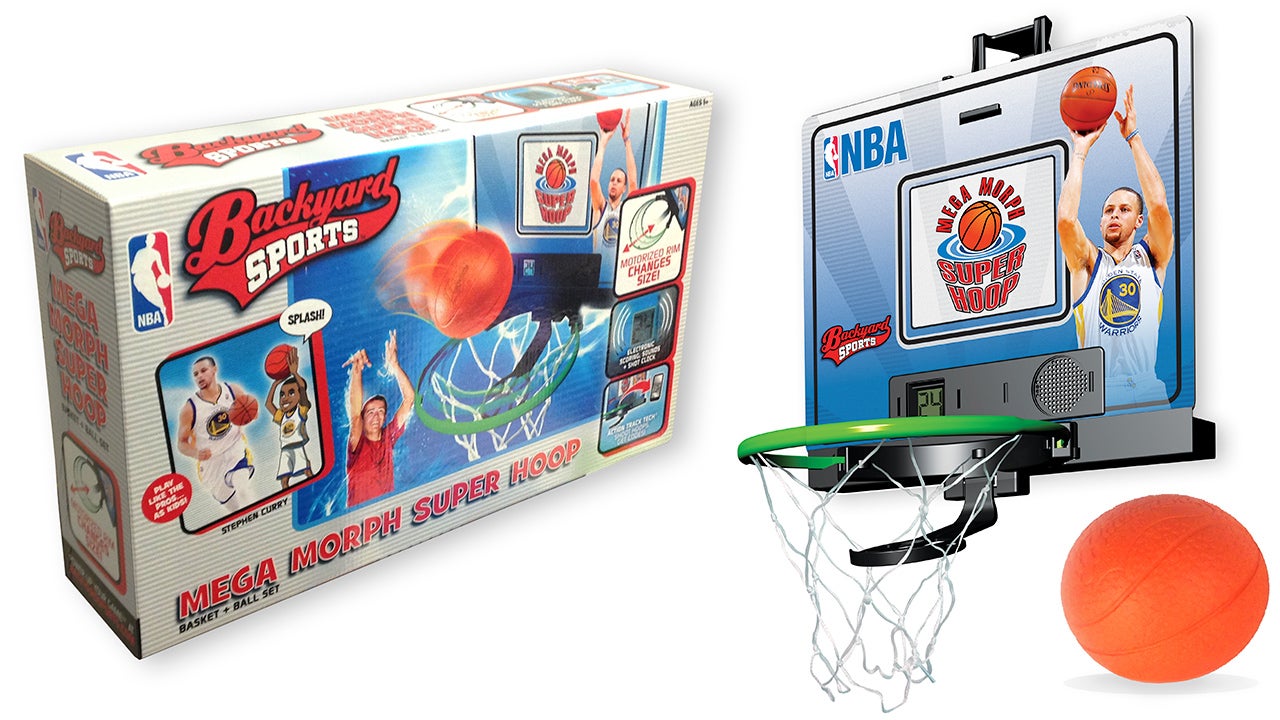 Backyard Sports started as a series of video games where players could challenge kid-versions of pro athletes in less-than-professional venues. It disappeared for a while, but the brand has recently been reborn as a series of mobile games that now work alongside real-life sports equipment to reward players for the time they spend playing in real-life, in addition to the game.

It’s not that anyone needed more encouragement to play a game of hoops in their bedroom with a small squishy orange ball — Nerf proved there’s plenty of demand for that. But what makes the Mega Morph Super Hoop particularly fun is that the rim actually grows smaller as you play, increasing the challenge, and increasing the number of points you score. When the clock runs out, a small LCD display on the backboard actually generates a unique QR code which can be scanned into the mobile version of the game, giving players boosts for their characters, and other unlockables. 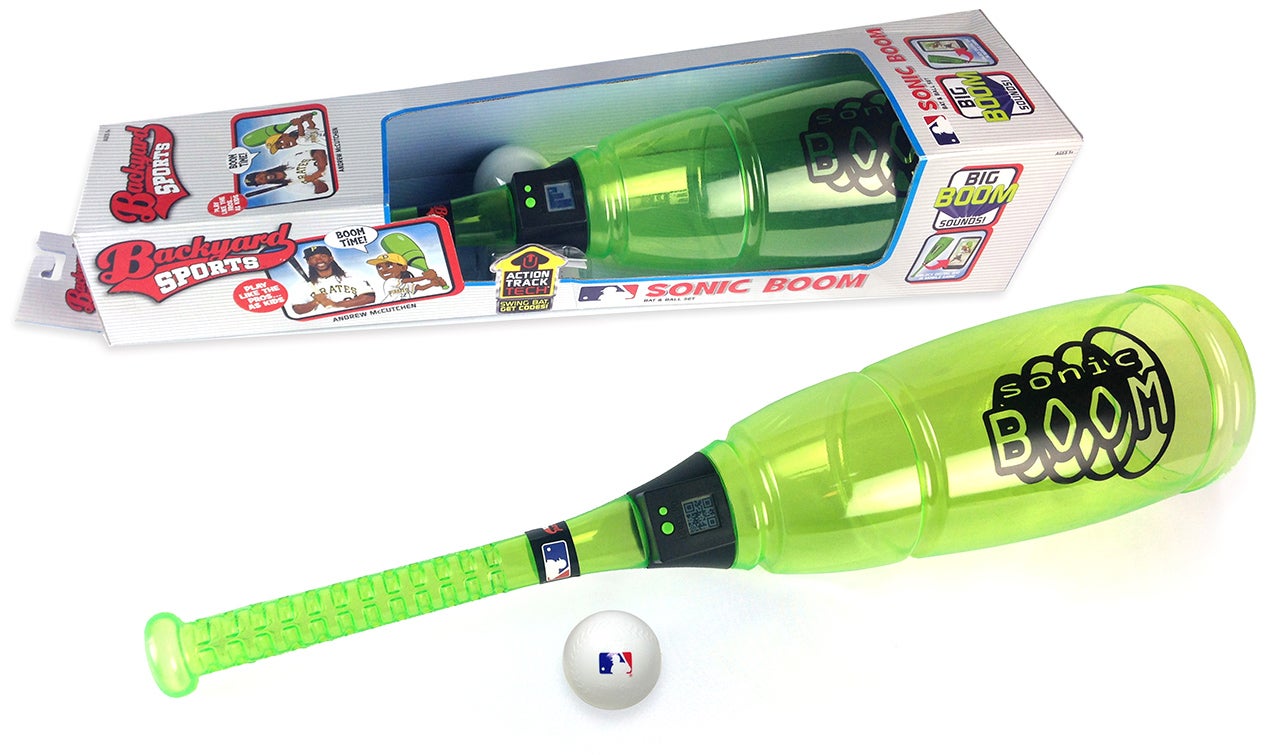 But if basketball isn’t your thing, Backyard Sports also has a mobile game for baseball fans that works alongside the oversized Sonic Boom bat. As you swing away at pitches, it keeps track of how long and how well you’ve played. And after a few innings, it also uses its built-in LCD display to generate a unique scannable QR code that boosts the player’s stats in the mobile game, and provides access to unlockable content.

It’s a continuation of a recent trend in toys to both embrace mobile devices like smartphones and tablets, but to also ensure that kids don’t spend all day sitting on a couch tapping away at a screen to the detriment of their overall health and fitness — even if their index fingers are in great shape.