The cover of Joy Division's Unknown Pleasures is famously graced with the radio pulses of a dying star. Its origins, however, have always been unclear. But now, Scientific American's Jen Christiansen has followed the rabbit hole to the very end — to an obscure 1970 PhD astronomy thesis and the guy who wrote it.

Joy Division fans and astronomy nerds might already know that album cover depicts radio pulses from the first pulsar ever discover, CP1919. And the album's designer, Peter Saville, has said the image was copied directly from a plot from The Cambridge Encyclopaedia of Astronomy. 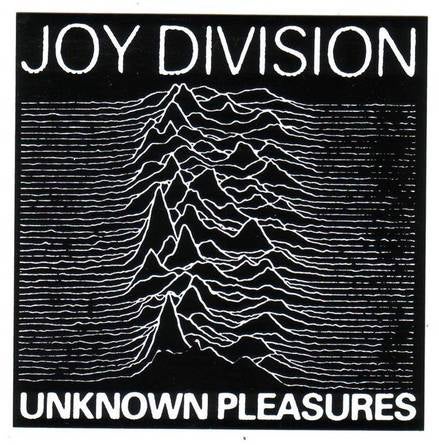 Here, however, the trail runs cold. Who did the encyclopedia get the image? Who actually created the plot? What did they think of inspiring one of the most album covers of all time?

Christiansen embarks on an obsessive hunt, scouring early papers and books about the discovery of pulsars. Eventually, he stumbles upon a clue that leads him to the Cornell's rare book room. And there he finds it, the exact pulsar plot in a 1970 PhD thesis entitled "Radio Observations of the Pulse Profiles and Dispersion Measures of Twelve Pulsars," by Harold D. Craft, Jr. Christiansen also manages to track down Harold D. Craft, who had this to say about the album cover.

It was a complete surprise. In fact, I didn't know anything about it, and a colleague in the space sciences department, who is now a professor of astronomy at Cornell, Jim Cordes, saw me on the street — he's been a long time friend — and he said, "oh, by the way, did you know that your image is on the cover of Joy Division?" And, I said no, I had no clue. So I went to the record store and, son of a gun, there it was. So I bought an album, and then there was a poster that I had of it, so I bought one of those too, just for no particular reason, except that it's my image, and I ought to have a copy of it.

The rest of the interview (with audio!) is on Scientific American's SA Visual blog, where Craft divulges many more details about how the plot was made. Hipsters can now finally know the true origins of their favourite t-shirt. [Scientific American]