The Hells Angels Are Old Pros At Encryption 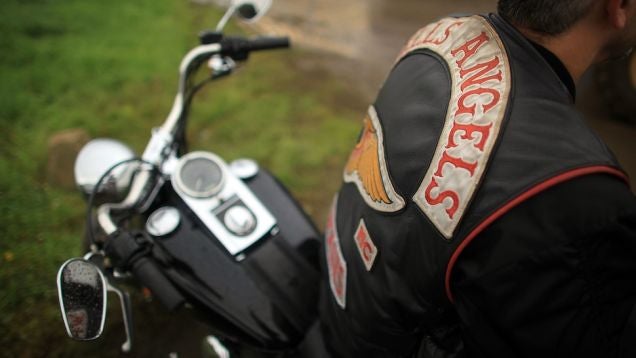 The Silk Road trial is back on, and we still don't know if Ross Ulbricht is going to go down for the crimes of the Dread Pirate Roberts. Today, the trial focused on DPR's interactions with the Hells Angels, who he allegedly hired to kill a rogue drug vendor.

The Hells Angels talked to the Silk Road boss, appropriately enough, on the Silk Road. "I would like to put a bounty on his head if it's not too much trouble for you," Dread Pirate Roberts wrote, according to reports from the courtroom.

It's not clear whether FriendlyChemist was actually killed (or who killed him, if so). And it hasn't been confirmed that Ross Ulbricht ordered this hit as the vindictive (though polite) Dread Pirate.

But we do know that the self-identifying Hells Angels do not appreciate getting talked down to about encryption best practices by burgeoning digital drug lords:

Hell's Angels: "We are familiar with PGP as we have been using it for years via email linked to our smartphones." #SilkRoadTrial

Of course, in a case that rests on whether a digital identity can be definitively proven, it's not a guarantee that the "Hells Angels" that Dread Pirate Roberts spoke to were even recognised members of the storied crime organisation. This could've been a particularly intense catfish. This trial keeps getting stranger.

Take Your First Look At The 2020 Ford Bronco's Taillights

Jason Torchinsky 20 Feb 2020 3:00 PM
I know everyone who is even considering plopping down several wet paper bags full of cash for the upcoming 2020 Ford Bronco is most likely waiting to pull the trigger based on the reveal of one crucial detail: the Bronco’s new taillights. We’ve seen what seems to be the leaked headlights, and now, thanks to a reader named Eric spotting a disguised Bronco testing in Michigan, we have a peek at the new Bronco’s taillights.