That Time Listerine Claimed It Was Good For Cleaning The Vagina

Before Listerine found its true commercial calling as a mouthwash, it was a general purpose antiseptic meant to be used on cuts, sore throats, dandruff, and, most horrifying of all, down there. “It possesses great penetrating power,” touts the ad!

I came across this ad in a Duke University archive while researching my article on how advertisements has shaped our daily hygiene habits. Listerine, especially, ran a hugely successful campaign educating Americans about “halitosis”, a hitherto unfamiliar ailment. In 1932, when this feminine hygiene ad was published according to archive, Listerine was already well on its way to becoming a popular mouthwash. Apparently, they still had designs on other slices of the hygiene market, too.

The ad in its full, terrifying glory is below. I don’t want to imagine what women of the 1930s were using if Listerine could plausibly be a “gentle, safe” alternative. 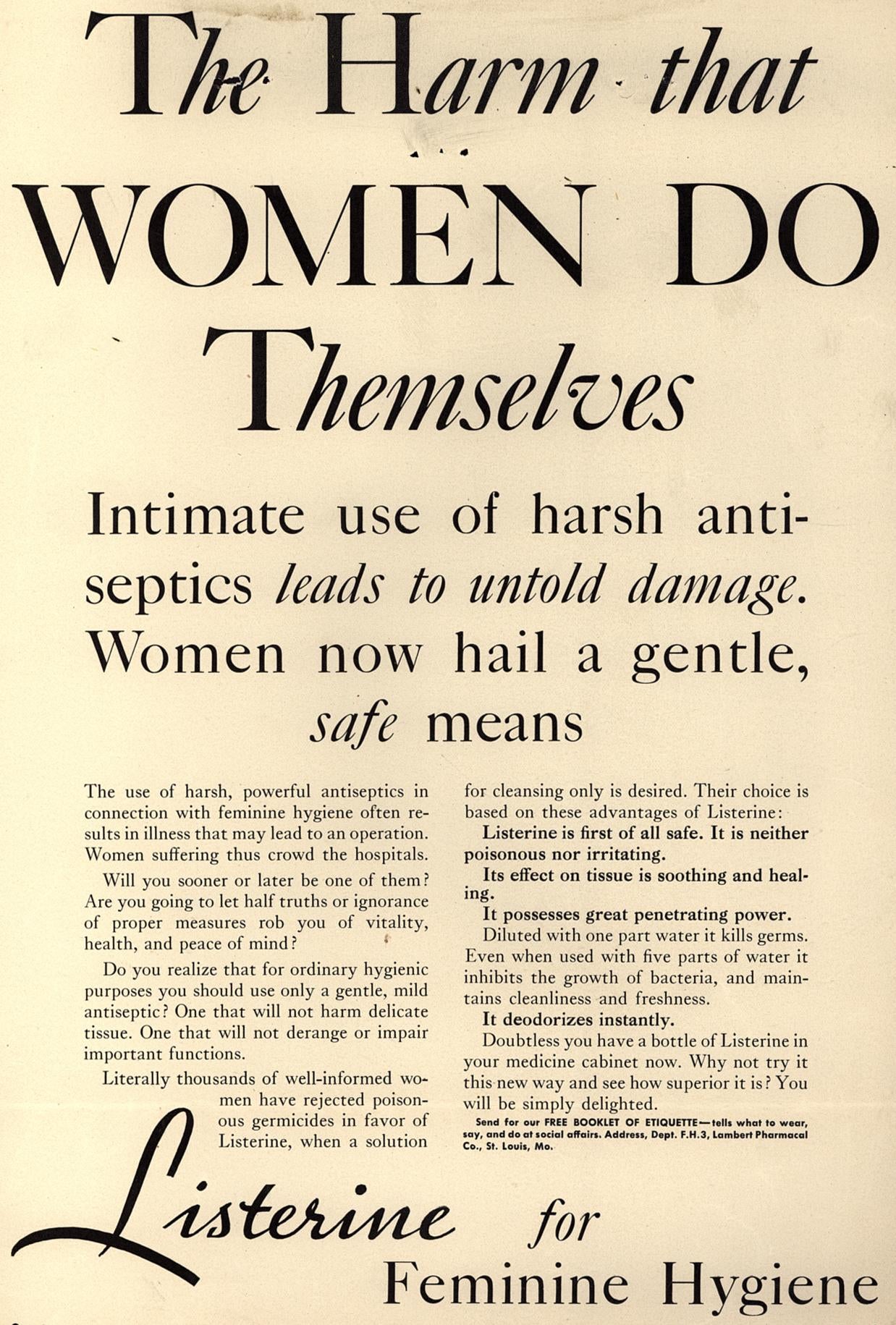