Some Very Patient Genius Soldered A Digital Clock From 1,916 Components

You would need a microscope to be able to see all of the miniature components etched onto the single tiny microchip powering the clock in a digital watch. But you can see them all with the naked eye on artist Gislain Benoit’s The Clock, which is made from 1916 hand-soldered components that end up weighing a hefty 6.35kg. 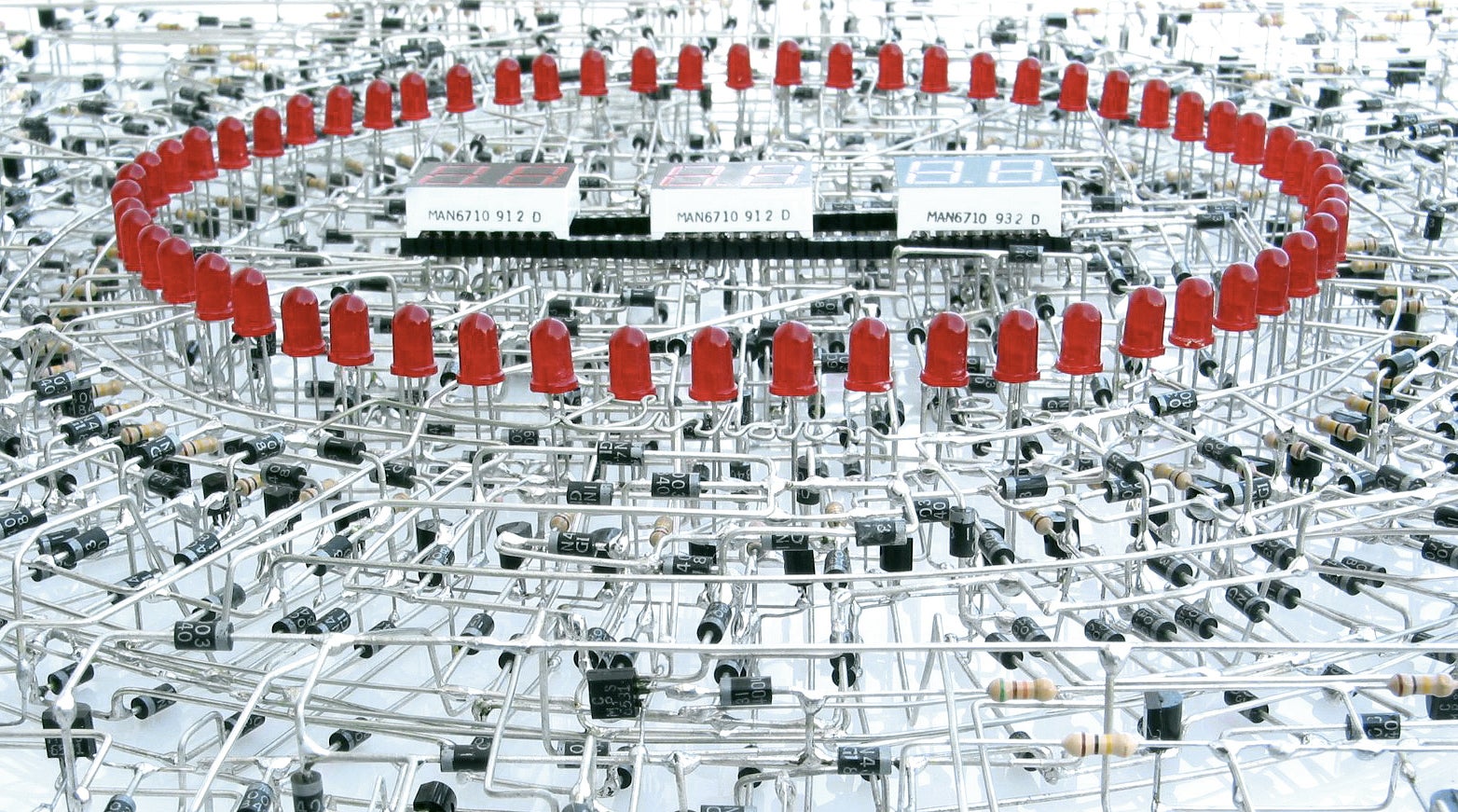 Designed and assembled over the course of three years, The Clock works exactly like the microchip in a digital watch, using mostly similar components — but it’s about as small as a digital watch made by human hands could get. The biggest difference between this and the basic Casio watch strapped to your wrist is that instead of measuring the resonance of a quartz crystal to keep track of the time, The Clock relies on the 60Hz alternating current used in North America. So every 60 pulses of electricity coming out of an outlet equals another second of time passing. 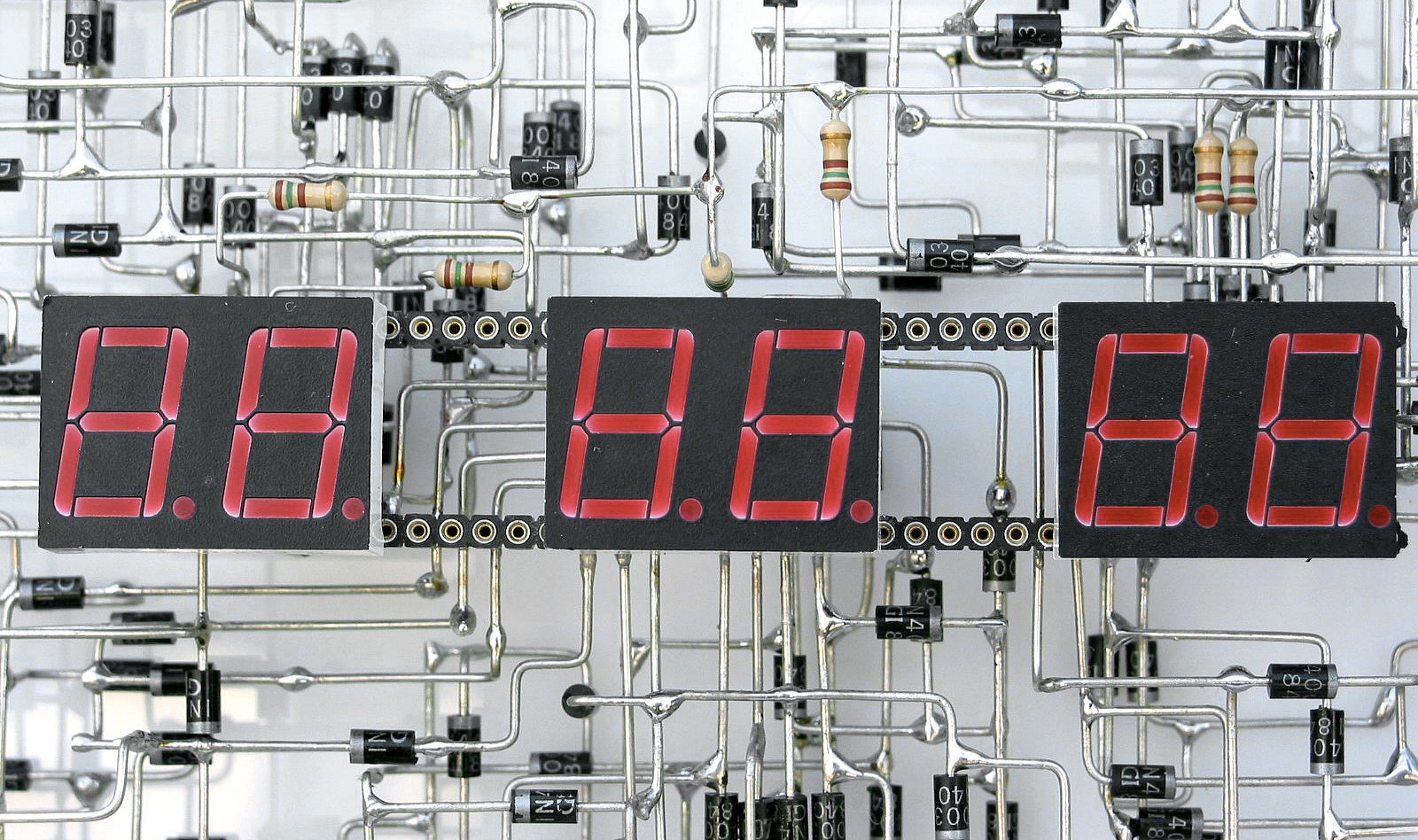 As a result, it’s not the most accurate of timekeepers because power hiccups occur quite frequently and can throw off the clock’s delicate calculations. But it’s supposed to be an art piece first and foremost, not a replacement for Omega’s timekeeping hardware used at the Olympics. And since there’s only one in existence, hopefully someone is smart enough to stick this masterpiece in a museum or art gallery. [Techno-logic-art via Make] 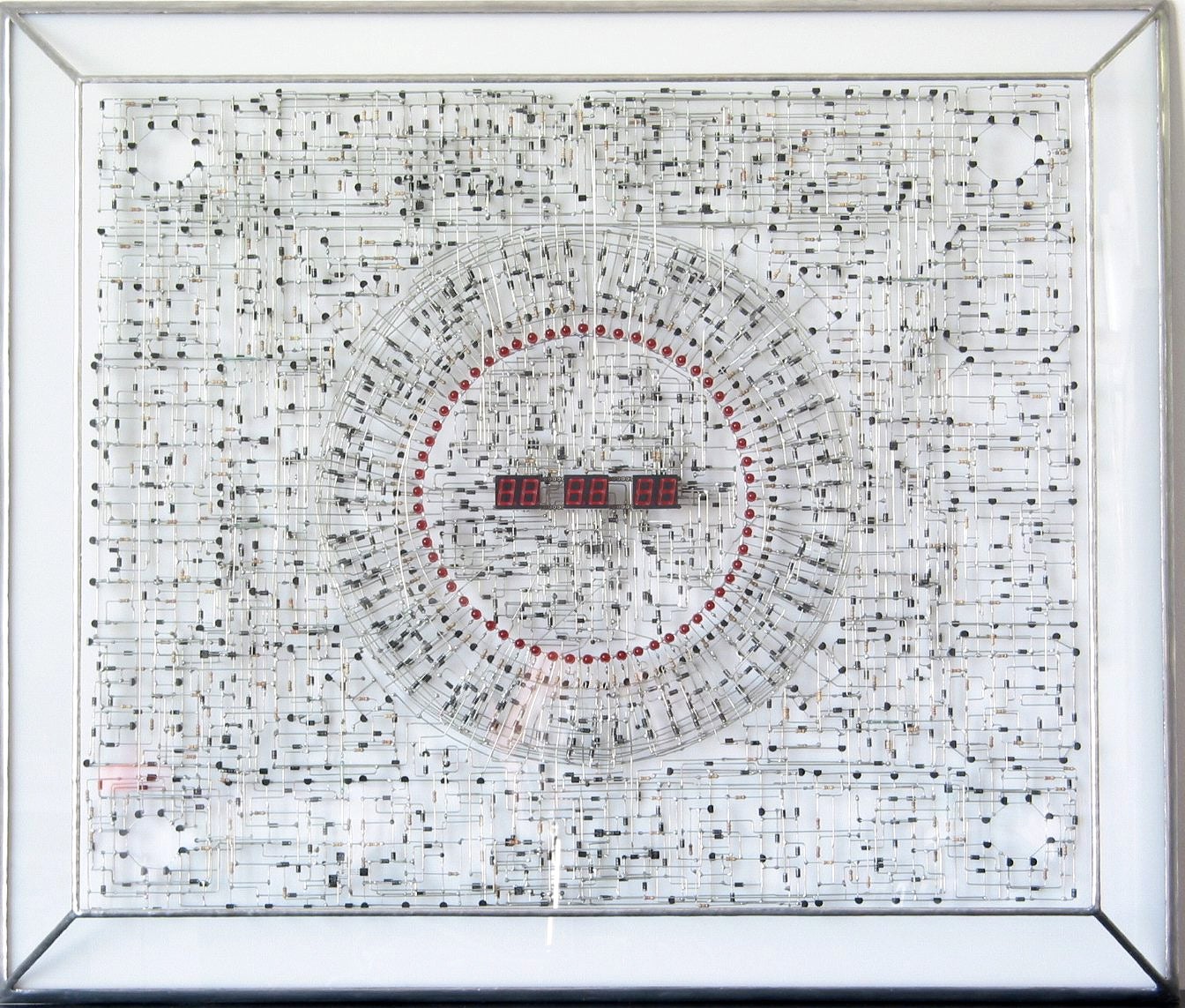