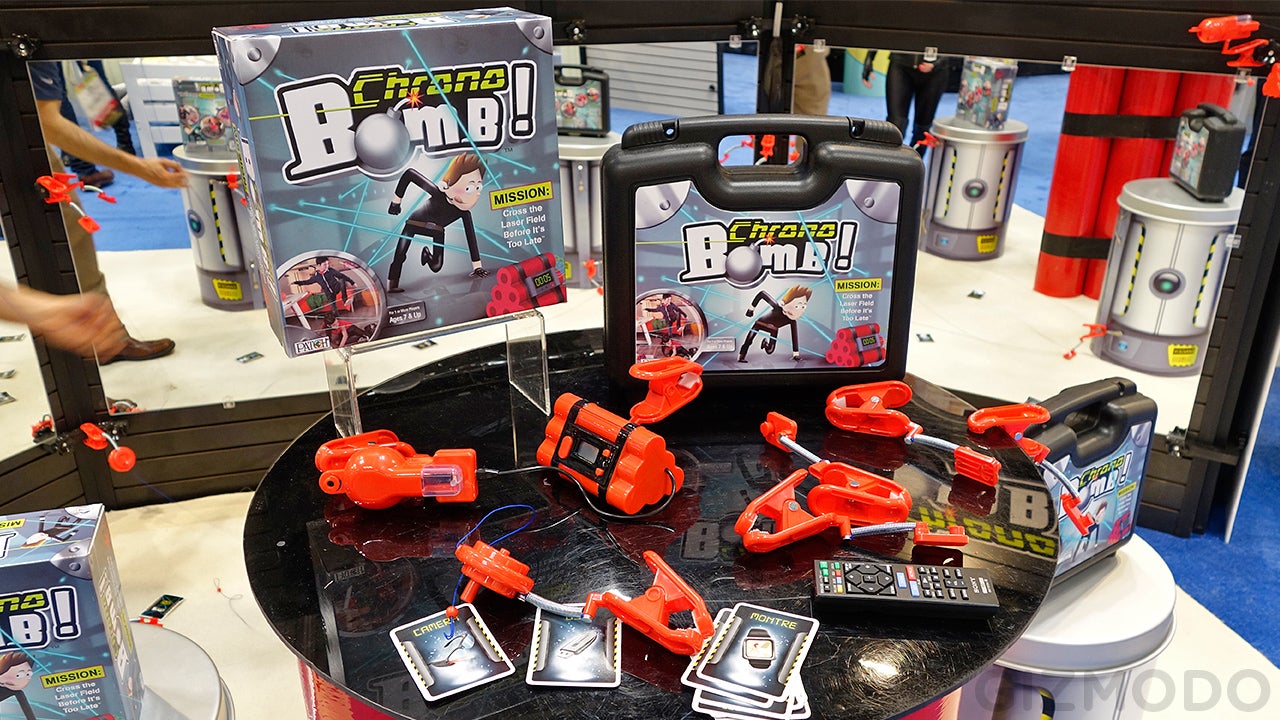 We’re all about games that get kids off the couch and away from their touchscreens, and Chrono Bomb does just that by challenging players to be a near-invisible cat burglar while they collect cards and avoid trip wires that could immediately set off a ticking time bomb.

The game comes with 8.5m of string that can be strung up between a series of clamped pulleys to create a complicated web not unlike the laser protection systems seen in movies. At the end of the string is a pretend ticking time bomb that will speed up the countdown if it detects even the slightest movement while players race to collect game cards randomly strewn around the web. 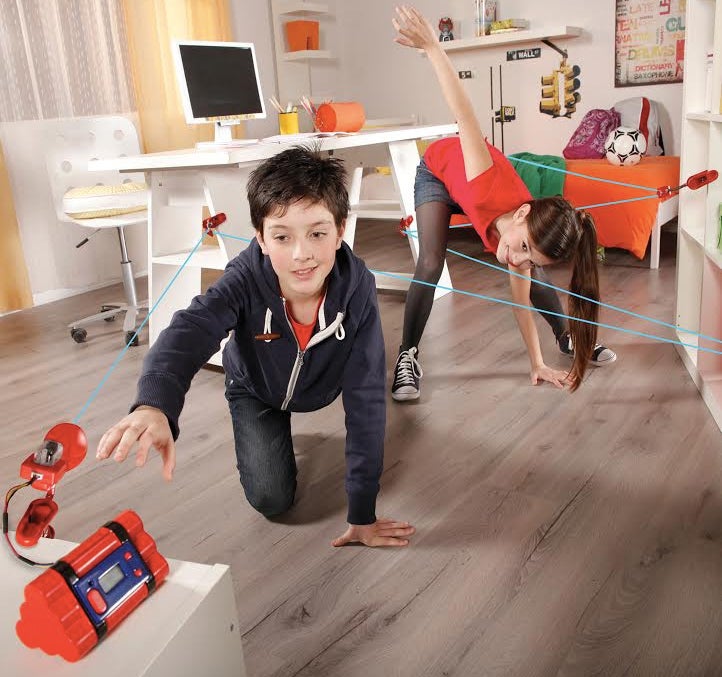 The game is apparently already a hit in France, and is finally being brought to North America by Patch Products. And for parents who like to nurture a child’s potential employment skills when it comes to games and playtime, Chrono Bomb could help teach them valuable cat burglar skills that games like Snakes and Ladders simply does not. [Patch Products]