Looks Like Pebble's New Smartwatch Will Have A Colour Screen 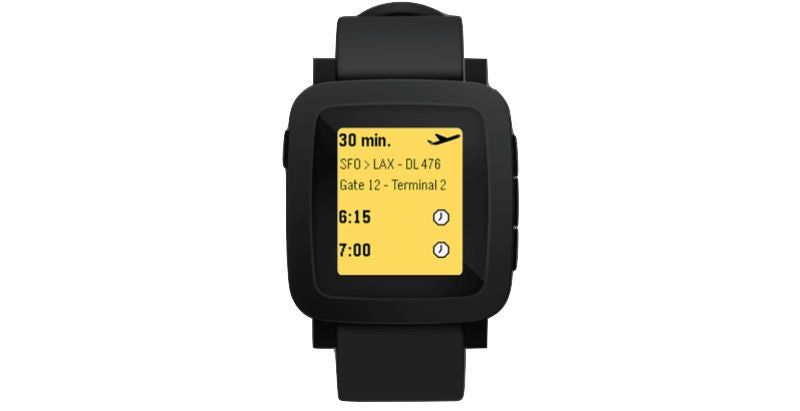 Last week, Pebble started teasing a new announcement with a countdown on its homepage. And now a leak from 9to5Mac — an image hosted on Pebble's own servers — is giving us a pretty good idea of what it is: a new, thinner, wider smartwatch with a colour screen.

The image, shown above, comes after previous rumours from 9to5Mac that Pebble's new watch would feature a slimmer body, a new version of Pebble's operating system and a colour display. And while it certainly could be thinner, the image shows off a watch that definitely looks to be wider, with more bezel than the fantastic but ugly Pebble, or the considerably better-looking Pebble Steel.

The new colour display appears to be e-paper of some sort; Pebble won't be abandoning its less-is-more approach of a non-touch screen any time soon, and according 9to5Mac, the new Pebble's week-long battery won't suffer to power the new screen.

We should find out for sure when the announcement happens for real tomorrow, but I'm hoping there's a little more to it than just a flashy new face in a slimmer but what seems to be a still pretty ugly body. On the long list of things I'd want from a new Pebble, "wider screen", "bigger bezel" and "colour screen" are pretty near the bottom. [9to5Mac]