Keyboards That Rise Out Of A Touchscreen Are Finally Here

The endless mobile keyboard debate: physical versus digital. BlackBerry advocates and other old-school tech geeks swear by one while literally everyone else has moved on to the other. Tactus Technology thinks there’s no reason why we can’t have both — in the very same device. Physical keyboards that magically raise out of an otherwise flat screen are a dream the company has had for years, and they’re finally ready to sell you on it.

The idea behind Tactus’ technology is simple. Using microfluidics — a fancy term for a specific type of oil — the shape-shifting screen can summon bumps on that rise up on the flat surface of your tablet or smartphone, bumps that mimic the tactile feel of physical buttons. When you’re done typing, the keys then disappear and you’re left with just a regular touchscreen. Until now, the tech has seemed to languish in prototype purgatory, surfacing every year with a cool new CES video and not much else.

But the first commercial baby step is here, and it’s called Phorm. Before you get too excited, it’s not the full Tactus experience. Instead of being built right into a tablet or something, Phorm is an iPad mini case. And instead of using battery power to make its bumps magically rise, it uses a way more pedestrian method: a massive switch on the back, which summons the oil-filled keys by mechanical means. It’s a pump. 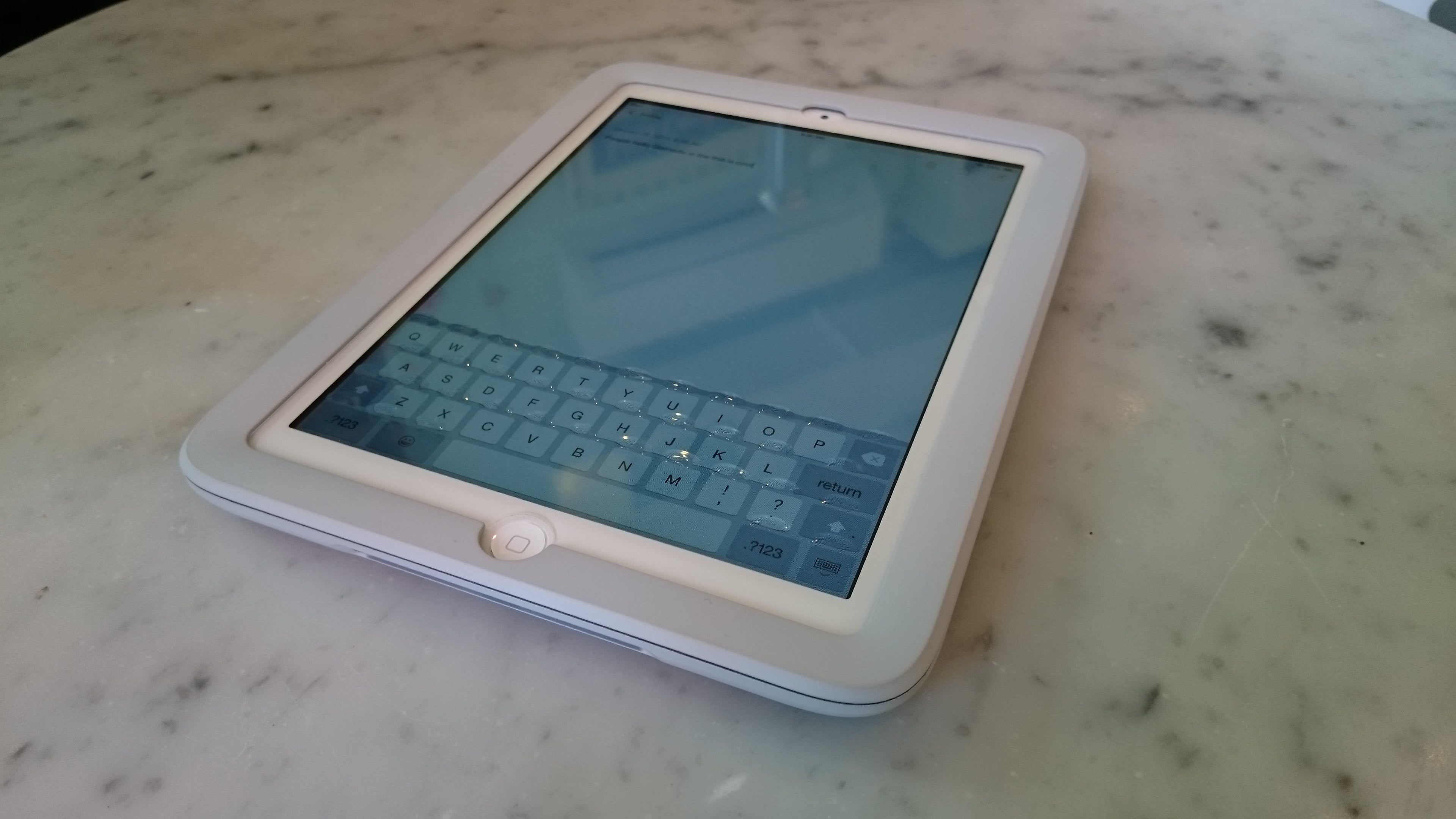 These also aren’t keys, per se. The small arched ridges that pop above the keys are meant to be finger guides for touch typing and to help avoid keyboard misfires. In theory it’s a good idea, but it’s not fully baked in practice. Adding an extra layer of glass between you and the physical screen makes typing a little bit harder than before. You have to be annoyingly purposeful with your presses if you want this thing to work well.

Secondly, the switch on the back doesn’t work super smoothly and it takes out some of the magic. Pushing the lever over — which literally pumps the oil mechanically into the key guides — takes more work than it should. The upside? There is no battery here that can die. 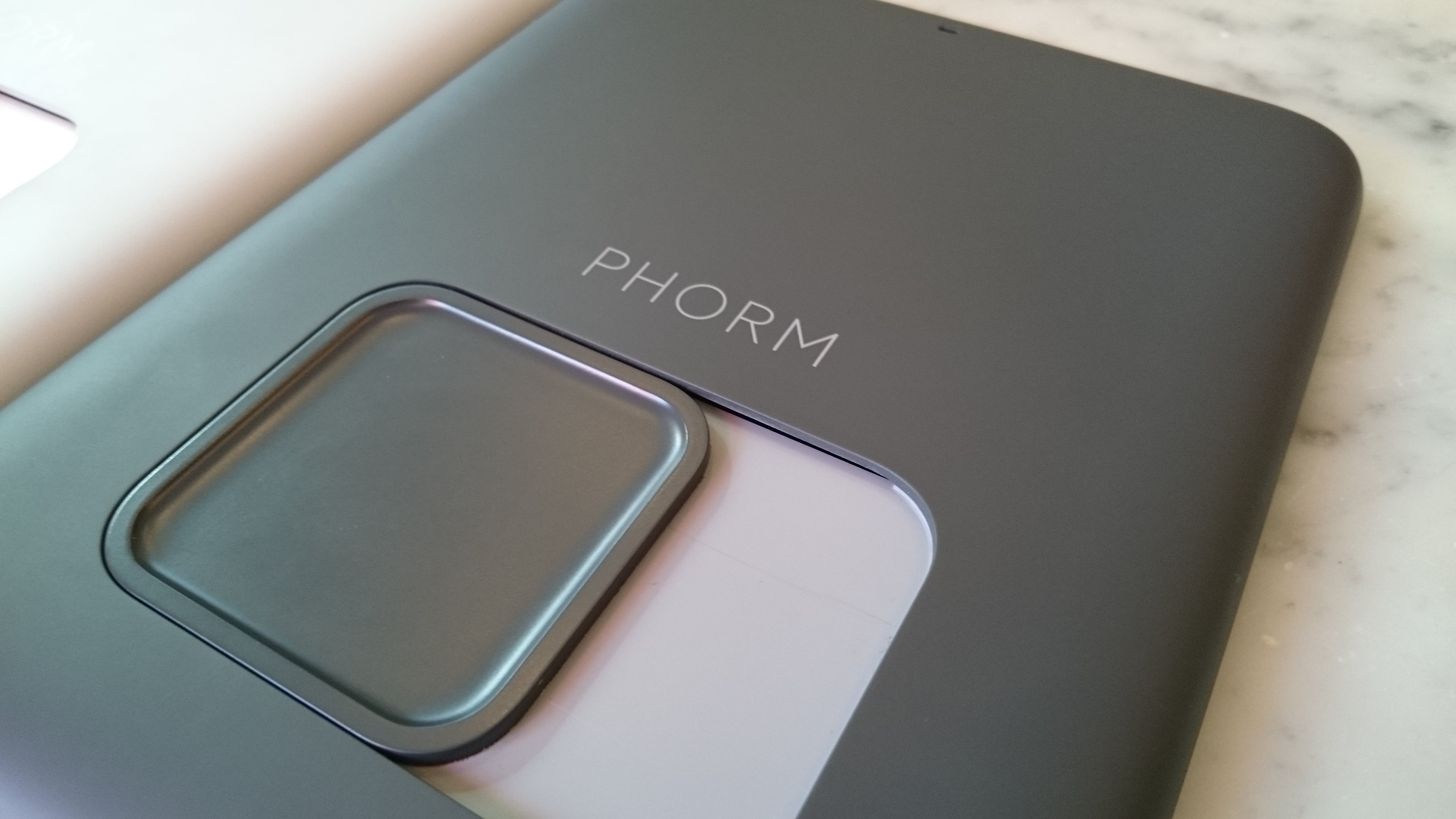 The last little inconvenience is that the raised keys leave faint impression on the screen even when recessed. Sometimes you won’t notice them, but if your screen catches the light just right, you won’t be able to unsee them.

All that being said, the technology becomes something completely else when you see it integrated straight into a tablet. A Tactus rep let me get hands on with one of their current prototype tablets that brings up the keyboard automatically anytime a digital keyboard pops up on screen. And man, it’s way fast. This is the promise that Tactus has always been selling, but Phorm feels more like an expensive iPad mini case with a neat but questionably useful party trick included. Baby steps!

Phorm is up for pre-sale today, starting at $US99 (an early bird price) and will start shipping in the summer. Tactus also says they’re planning an iPhone 6 Plus case as well so this won’t stay a strictly tablet revolution. I don’t think I’d recommend you buy it, but it’s an important first step for a cool tech that has been vapourware for too long. Maybe someday those Blackberry die-hards will finally be able to move on to a phone that’s more than mediocre.