In This Breathtaking Image, Three Moons Transit The Face Of Jupiter 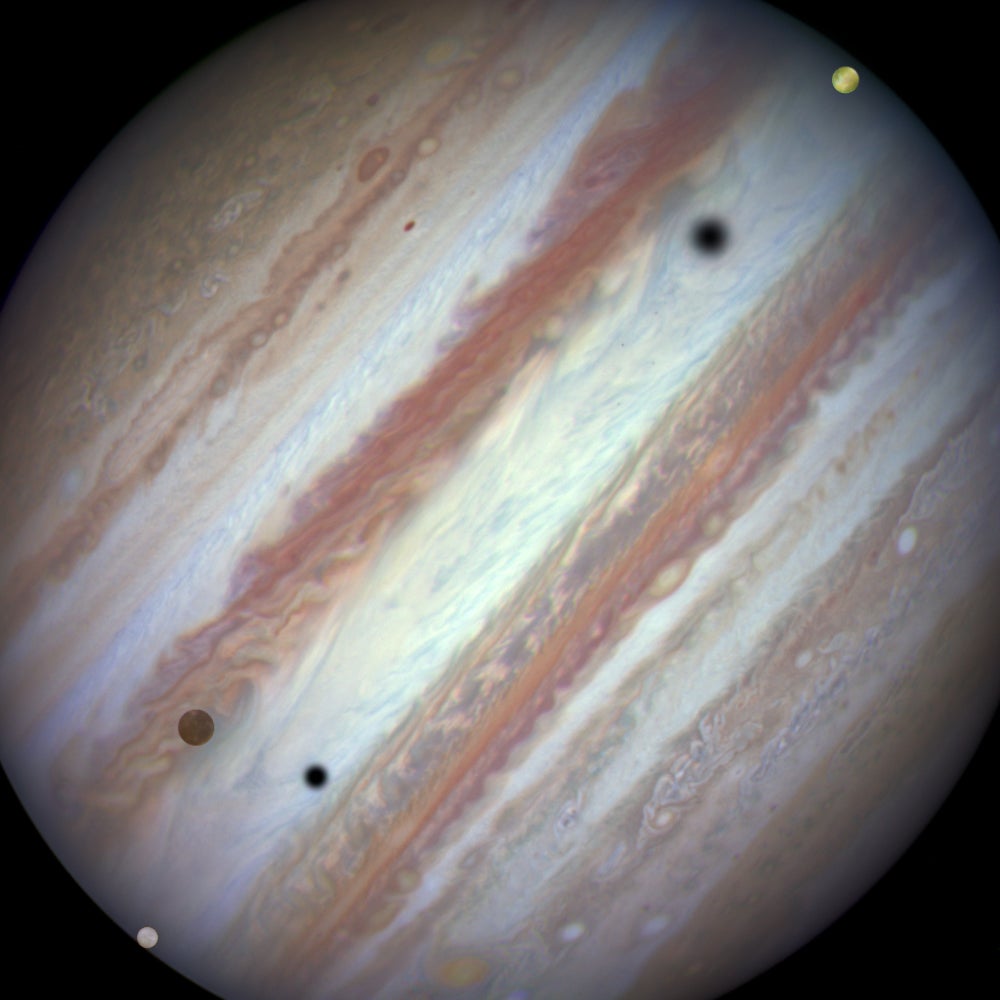 In this recent image from space-based telescope Hubble, we see something extraordinary. The moons Europa, Callisto, and Io transit the planet Jupiter, casting shadows on its roiling clouds. One day, humans will have this view from their windows. For now, we can dream.

On the Hubble site, we get a full explanation for what you’re seeing:

Three moons and their shadows parade across Jupiter near the end of the event at 07:10 UT on January 24, 2015. Europa has entered the frame at lower left. Slower-moving Callisto is above and to the right of Europa. Fastest-moving Io is approaching the eastern limb of the planet. Europa’s shadow is toward the left side of the image and Callisto’s shadow to the right. (The moons’ orbital velocities are proportionally slower with increasing distance from the planet.)

Learn more on the Hubble Site.