Finally, A Way To Feel Magnetic Fields Without Implants 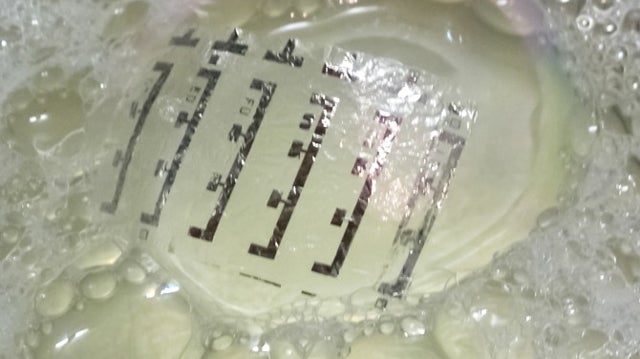 I’ve always been captivated by biohackers who implant tiny magnets under their skin, giving themselves the ability to physically feel magnetic fields. However, I’m not quite dedicated enough to go through the hassle (or commitment) of actually going under the knife.

In this month’s Nature Communications, a team of scientists have published something that could offer a magnetic sense to those of us who don’t want surgery: a thin, flexible foil that can sense magnetic fields. In theory, you could stick this on like a plaster, and tap into the invisible magnet world surrounding our dull daily lives.

Acquiring a magnetic sense is more than just a party trick for biohackers: it’s a form of sensory augmentation. Since everything with an electric current generates a magnetic field of some size, it can prove useful for people who work with electronics, allowing them to separate live and dead wires by feel.

Sadly, it will be a while until you can stick a magnetic band-aid on and sense electric motors: while the foil is great for detecting magnetic fields, feedback is currently relegated to a screen. But it’s a promising step along my lifelong desire to get shark-like senses. [Nature via Gizmag]