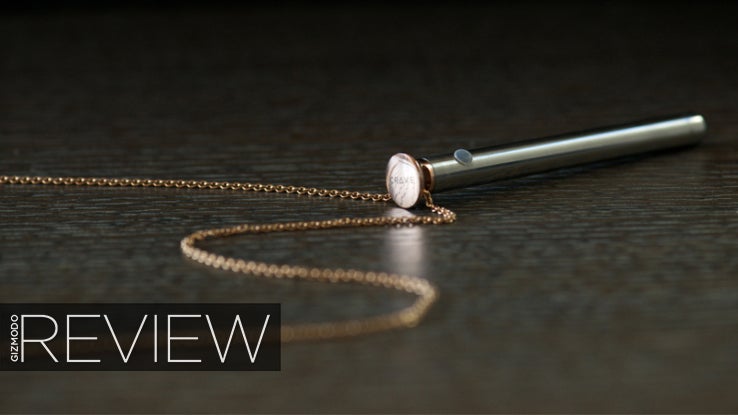 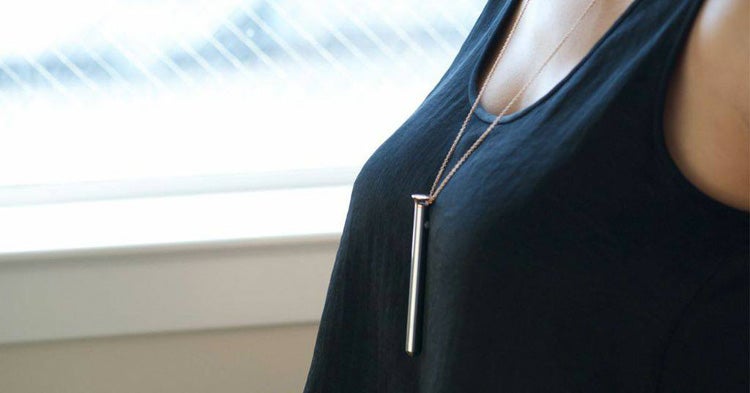 I have to admit I was pretty dubious that a tiny, slim vibe like the Vesper could be anything other than a novelty item. But it actually delivers nice, strong vibrations, with three speeds and a pulsating option, and its shape is perfect for localised vibrational transfer if you know what I mean. You can recharge the batteries via USB (using a proprietary cable), and the small form factor means that the motor actually heats up the entire vibe, which is a pretty nice feature.

I tested out the Vesper in a variety of situations, and I’d say it’s more of a “share with your pal to enhance sexy time” toy rather than a “goddamn it just give me an orgasm in five seconds because I have like ten minutes between meetings and… whew” type. For the latter, you’ve always got your trusty Magic Wand or Silver Bullet.

But if you want to bring some beautiful tech into an already-sexy situation, there is nothing better than this subtle little vibe. Plus, tiny motors make everything better. It is a known fact. 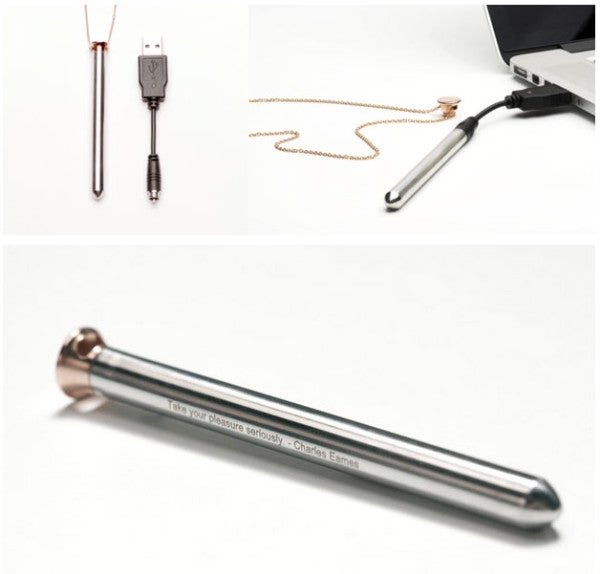 The battery life on the Vesper is great. It will definitely last you through at least two play sessions — even if you are taking your time.

At $US70, the Vesper isn’t cheap — but that’s a fairly reasonable price for a high-end vibe, especially one that actually works as advertised (a rarity among stunt toys like this). It comes in three colours: gold, rose gold and silver, each with matching necklaces. I wasn’t thrilled with the quality of the necklace chain that came with mine, but that’s easily swapped out.

It works really well as a cool necklace, and is subtle enough that nobody will know you’re wearing a sex toy unless you want them to.

Localizes sensation in a pleasing way.

The necklace chain is flimsy, so you’ll want to replace it with something nicer.

The Vesper is advertised as completely quiet, but it’s still possible to hear it buzzing across a medium-sized room. Of course, if you’re using it in the bathroom at a nightclub, it will seem completely quiet. So carry on.

As I said earlier, I wouldn’t recommend it as your emergency go-to orgasm maker. Sure, it will give you desired results — but it’s not really designed for speed and efficiency. So buy it for fun and delight, but don’t expect to keep it in your nightstand for everyday use. [Crave]