Could Genetically Engineered Bacteria In Your Colon Replace Vitamins? 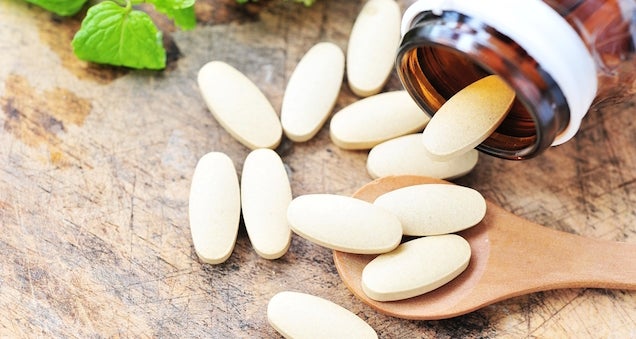 It’s easy to forget how horrifying the effects of a vitamin deficiency can be. Each year, up to 500,000 children in the developing world go blind from lack of vitamin A, half of whom will then die within 12 months. The molecule that could save their lives is so well-studied and abundant, yet we haven’t figured out how to get it to them.

Could the answer bebacteria that permanently reside in their guts, making a continuous supply of it?

New Scientist reports on an intriguing new study from Loredana Quadro at Rutgers University. Quadro’s team took a gene from a bacterium that naturally makes beta-carotene — a molecule that gets metabolized into vitamin A in the body — and put it inside a different strain that naturally colonizes the guts of mice. The genetically engineered strain was allowed to grow inside mice, and within two weeks, beta-carotene was coursing through their blood.

The idea of turning our gut microbiota into a vitamin factory is not so outlandish. In fact, it already happens. The majority of our vitamin K, which is essentially for blood to clot, comes not from food but from gut bacteria. That’s why antibiotics can cause a vitamin K deficiency. The vast numbers of bacteria in our guts can also synthesize vitamin B12, folic acid, and thiamine. Instead of capsules of vitamin B12, we could one day pop a probiotic pill that makes care of our vitamin B12 needs forever.

The big question — aside from how pretty basic research in mice will translate to humans — is whether genetically modified gut bacteria will be accepted by the wider community. Vitamin A and genetic engineering is sure to evoke Golden Rice, a beta-carotene-rich variety of rice developed in the late 90s. Despite no evidence that Golden Rice poses any risk to human health, its adoption has been hampered by fears of genetically modified crops. Imagine how much harder it will be to convince someone to put a genetically modified bacterium in their body.

Or maybe not. Genetically engineered bacteria are routinely used in the biomedical industry to make insulin, blood-clotting factors, and hormone that save lives. There’s a disconnect between the spook factor of the term “GMO” when it comes to food, and our relatively silent acceptance of it in medicine.

Hacking the microbiome is only becoming a bigger and bigger part of modern medicine. Faecal transplants, as effective as they are, are only its crude, relatively unsophisticated beginning. In the future, it’s not hard to imagine infusions of individual bacterial strains targeted toward specific medical conditions. It will just be a matter of who’s willing to take the leap. [New Scientist]